Texas, the second most populous US state, seduces with its quality of life and still attractive real estate prices. Its capital, Austin, has doubled its population in ten years. A sociological evolution that benefits Democrats at the expense of Republicans.

In the United States, mobility is a way of life. A country of immigration more than any other country in the world, America was built on waves of predominantly European settlement that, or almost all, headed west to find territories in which to settle and prosper. At the beginning of the 20th century, California was the last state to crystallize the hopes of a generation of migrants, attracted by the gold rush or the acquisition of land that was to become one of the most fertile in the country. A century later, it became twenty times more populous and became the most prosperous state in the country. It is now the sixth largest economy in the world.

Elon Musk and Tesla have just put their suitcases in Austin and that’s a sign that doesn’t lie.

Today, the United States continues to be characterized by mobility unmatched by other developed nations. This is largely due to the search for professional opportunities, which is why Americans often change their place of residence. On average, he gets a new job every six years. And moving from northern Indiana to southern Louisiana, equivalent to the distance from Brussels to southern Italy, is rarely a major problem. The language and most of the sociocultural references remain the same.

From now on, other indicators – the economy, security, environmental risks … – are pushing Americans to change their place of residence. Not to mention the growing trend to find habitats more in line with their political beliefs. Thus, the gulf between the two ideological camps, Republicans and Democrats, widens even more. Of the 3,143 counties across the country, those who voted more than 80% for a Democratic or Republican candidate in a presidential election rose from 6% in 2004 to 22% in 2020.

“Unfortunately, the City of Austin is not providing enough assistance to its most vulnerable citizens,” said Zohaib Qadri. © BRIAN WIDDIS

Economic factors, the cost of living and, above all, rising property prices, however, are the main drivers of transhumance today. In the most expensive metropolitan areas in the country, like New York or Los Angeles, a house or apartment for four rarely costs less than a million dollars, even in unattractive areas. The state income tax (“state tax”) is also a parameter that many Americans are considering when they want to save money to fix their choice of residence. In California, it is 7.25%, the highest in the country. Eleven states, on the other hand, lay claim to nothing, from Tennessee to Florida through… Texas.

It is in this state, which gained independence in 1836 after a long conflict with Mexico, only to join America a decade later, that today millions of Americans, Republicans and Democrats flock in search of change. Texas remains fundamentally conservative. He has not been elected as a Democratic governor since the mid-1990s, and he also takes a radical stance on abortion: he is one of the states that passed a June 24 Supreme Court decision that ended his federal authority to ban the right to abortion.

However, “progressive” islands are popping up there as well, mostly in major cities like Houston, San Antonio, Austin, and, to a lesser extent, Dallas. In fact, we are seeing a double phenomenon: the migration of many conservative Texans to the countryside and small towns on the fringes, as well as thousands of new residents who have chosen to settle in a large Texas city in order to assert their democratic identity there.

It is in Austin, the historic capital of Texas, that the new wave of intra-American immigration is most visible. A small town almost entirely devoted to administration and the university, it had about fifty thousand inhabitants in the 1950s, and since the beginning of the 21st century it has become an international metropolis and has the largest population growth in the country: 150 new residents. residents settle there every day! 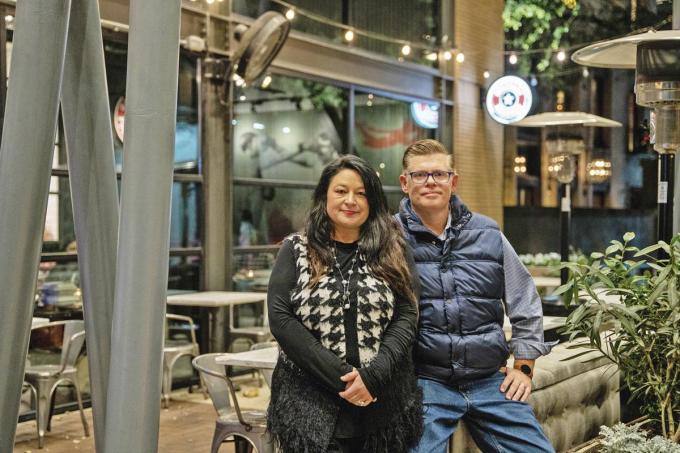 Jeremy and Lynn Hendrix were attracted to Austin by low taxes, a business-friendly environment, and mild weather. © BRIAN WIDDIS

Jeremy Hendrix and his wife, Lin, who are both active in the labor industry and originally from neighboring Oklahoma, emigrated to Austin about ten years ago. “The reasons why everyone wants to settle in Texas are simple: taxes are among the lowest in the country, the mild climate, and the business environment is one of the most competitive in the United States,” Jeremy lists. Times have changed a lot from when the city was just a hostel for students or government employees. Elon Musk and Tesla have just brought their suitcases into town – an unmistakable sign.

The facts prove the pair right. Today, Austin is “a new US technology platform, well in line with Texas, America’s leader in wind and solar energy,” notes Lin. A quick look at the central and peripheral areas confirms that the city is undergoing profound changes. Towers of apartment buildings are growing at a furious pace, often forcing individuals and businesses that have been established the longest, unable to adapt to rising prices, to move on. For Juan Izart, a San Salvadoran immigrant who has lived in Austin for a long time, “the environment has changed a lot in the last twenty years, to the point that former residents, myself included, often deplore the demographic evolution from the city.” Then a real bohemian spirit reigned there, especially with many small independent shops located in the center. Today, Austin has become more “rationed,” like the commercial standards of major American cities.

Texas includes the most racially diverse county in the United States and built a wall a few dozen miles south on the border with Mexico.

This conflict between the authenticity of yesteryear and the exacerbation of globalized capitalism is visible in the city center. There, big brands, often boasting of racial or gender-based cosmetics, compete with the latest small businesses and independent coffee shops that regularly flaunt their originality.

“Texas is completely unique,” ​​develops Jeremy Hendrix. It is characterized by a wide variety of political points of view. So he can elect a homosexual Hispanic Sheriff of the City of Dallas (Editor’s note: Guadalupe Valdez, 2005 to 2017) and recently pass some of the most discriminatory laws in the United States against the United States. transgender people. Texas includes the most racially diverse county in the United States (Editor’s note: Harris County, which contains the city of Houston in particular), and a few dozen kilometers south, on the border with Mexico, built a wall that many see as serious a departure from the American idea of ​​welcoming the most disadvantaged. There is almost nothing to do but carry a gun, a Texas cliché if it ever existed, to unite Republicans and Democrats. At home, I know dozens of Democratic politicians who have machine guns.” 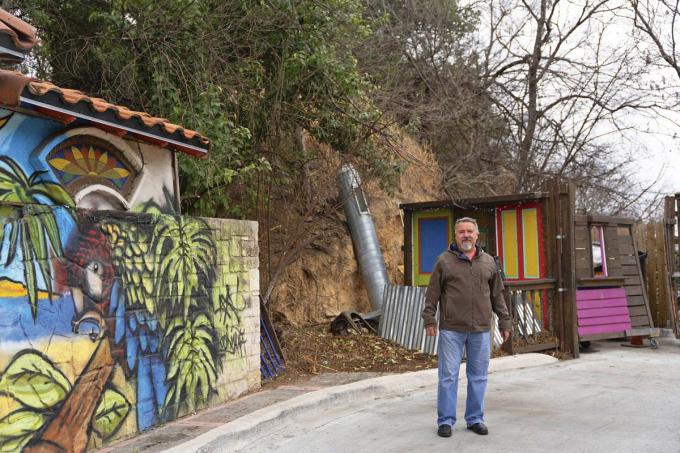 Political affiliation remains a fundamental issue in the United States, more so in Texas than anywhere else. Twenty years ago, Democratic presidential candidates abandoned the state, taking it for granted for Republicans and deeming any travel unnecessary. The change in its demographics suggests that the balance of power could strike there much sooner than anticipated. If this November’s gubernatorial election should confirm Republican Greg Abbott for a third term, there’s a possibility of a Democratic majority in the next presidential election in 2024.

For Zohaib Qadri, a young man who arrived from New York in the early 1990s at the age of 12, the political journey begins locally. A member of the Democratic Party, he is running for local elections in Austin in the November election. He believes that the rapid development of the city has left a significant part of the population on the sidelines, which does not keep up with the hellish rhythm of rising rents caused by the massive rise to power of “educated” households and youth. excellent purchase.

“I myself am the son of immigrants and I believe that my roots are now in Austin, I studied and lived there for a long time. Unfortunately, the city is not serving its most vulnerable citizens properly, regrets Zohaib Qadri. This applies to students increasingly forced to leave their campuses due to exorbitant rents, or to the working poor, many of whom are active in the health sector and have been instrumental in making the city resilient during the crisis. pandemic.” 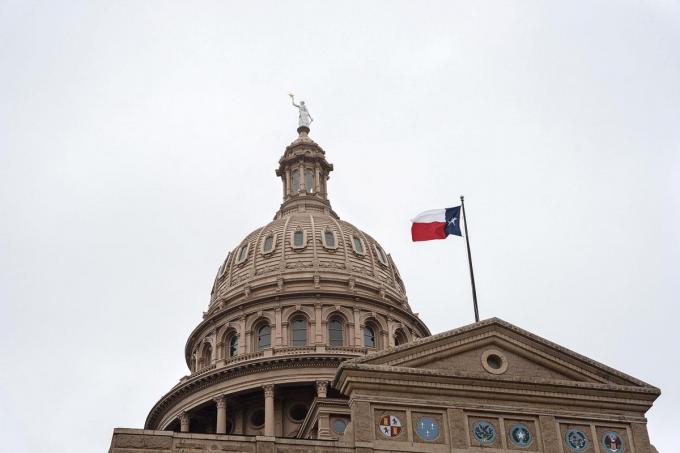 Will the Capitol, seat of the Texas Senate, move to the side of the Democratic Party in the coming years? The sociology of the new residents could confirm the change. © BRIAN WIDDIS

The hardships endured over the past two years have taken their toll on Zohaib Qadri. He particularly points to the disparity in access to transportation, food and health care at the expense of the poorest in a country where the law of the fittest is much less constrained by egalitarian measures than in other Western democracies. “The Democratic Party, more than the Republican Party, advocates the values ​​of empathy for the weakest. However, our societies should be judged primarily by how they treat the most vulnerable. It is on this basis that I would like to act as a political leader,” he confesses.

Juan Izart, also a foreigner, also criticizes the city’s too sustainable development. But he considers himself more of a centrist: “Of course, I like that the Democrats care about social justice, both locally and nationally. The problem is that this quest often goes too far. We can’t give people everything for free. They must work. It happens that the left forgets about this consideration in the desire to “buy” people’s votes. The right of American politics is more about empowering the people. But it is true that without social justice, we are prone to exploitation. Perhaps the truth lies at the intersection of these two logics? 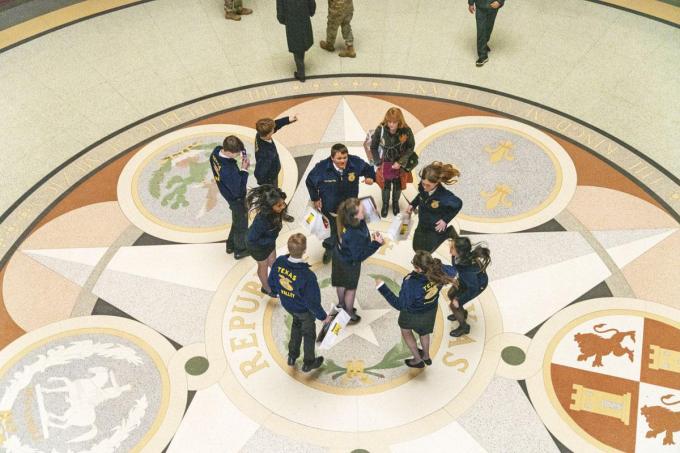 Before leaving, he would like to remind them of the “fortunate thing” that the people of Austin have to live in a country that “at least works.” In El Salvador “there is no place for these questions of the rich. If you lose sight of your immediate priorities, you are dead.”