If you are about to go to bask on the beach with your family, couple or friends, we strongly advise you to take some board games with you, whether to pass the time on the road to vacation, to play with friends on the beach or just spend a fun evening with your loved ones. However, not all board games are suitable for use on the beach, in the car or on the plane.

A great enthusiast and true connoisseur of the market, Nicolas Najac had already given us his list of the best board games of the moment, he returns this summer with a small selection of the best games to take on vacation, made up of titles playable by two or more. Here, you will not find Uno, Power 4 and other holiday classics, the idea being rather to make you discover some lesser known titles but which will guarantee you a good time.

The best board games for 1 to 2 players

Mr Jack is a game between an investigator and a criminal, the famous Jack the Ripper. The goal of the first is to discover the identity of the second while he tries to escape the city without getting caught. It’s a game where you have to bluff, tactically, where the tension is permanent and the games are relatively fast (30mn to 1 hour). We advise you to take this Pocket version, which is more compact and easy to take on vacation. Game accessible from 9 years old.

2. Santorini, the Gods are among us 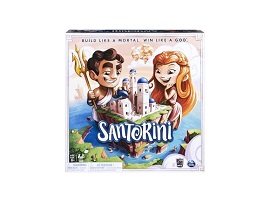 Santorini is a very fun variation of chess, aesthetic and addictive! This game puts you in the shoes of a God or Goddess moving workers to build a floor or a dome. The first player to get their worker to the 3rd floor of a building wins. It is a title which is played as well at 2 as at 4 (from 8 years old), the parts can last 30 minutes. Plan a good bag to carry it, because the box is relatively large. 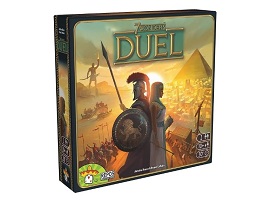 If you like 7 Wonders, you are bound to like this version adapted for two players. In this game of developing your own civilization, you will have different ways to win: impose yourself through scientific progress, capture the opposing capital or build a very flourishing civilization. The games can last between 30 minutes and 1 hour and the game is playable from 10 years old. 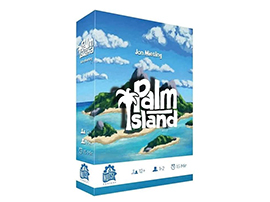 Huge commercial and critical success, Palm Island is the perfect option for learning single player games, even if it works for two as well. Playable from 12 years old, each game will last about fifteen minutes. The concept is simple, you are on an island and must find food, make tools and then dwellings in order to develop your civilization without destroying your environment. A very nice proposal from the editor Nuts Publishing, signed by the game designer Jon Mietling.

The best board games for family or friends

1. The Crew, get into space 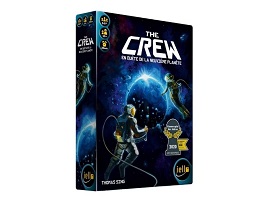 In The Crew, players take on the role of scientists who have just detected an unknown planet. Before reaching it, 50 increasingly difficult missions will have to be completed (about 30mn per game). The players (between 2 and 5) will have to cooperate in order to come to the end of this hectic space journey. The game won the German Spiel des Jahres Award 2020 in the Connoisseur category, the Deutscher Spiele Preis 2020 and was nominated for 9 other awards in the same year, and has a long lifespan. Suffice to say that you are dealing here with a size of the board game. 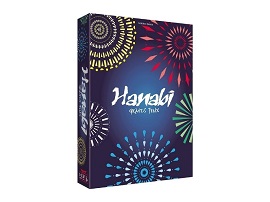 Hanabi is a cooperative game for 2 to 5 people from 8 years old that will occupy you about 30 minutes per game. The players play distracted fireworks who have inadvertently mixed the powders, wicks and rockets of a large fireworks display. They will have to help each other so that the show does not turn into a disaster. Each player must hold their cards upside down, which implies that no one sees their own deck but everyone sees other people’s play. You will then have to help your teammates and memorize the information that you yourself will receive in order to make the show go as smoothly as possible. 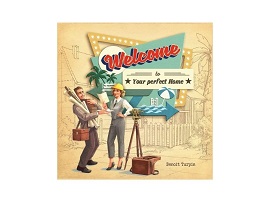 Welcome to Your Perfect Home

The players put themselves in the shoes of American architects of the 1950s whose goal is to build the most beautiful housing estates, parks and swimming pools while respecting the plans of the city as much as possible. For this, each has 3 streets to develop intelligently. Very accessible, the game is based on the mechanics of Roll and Write and should speak to everyone, as long as the players are 10 years old or more at least. The games will last less than 30 minutes and, a small feature, they can invite more than 10 players. Some even claim that the game is 100% playable!

We’ve posted a number of board game picks on CNET since last year. We also invite you to read our guide dedicated to the best online board games, to play with friends from a distance, or our guide on board games to print at home, or the one on escapes games in board game format. .