Science and photography united in an artistic journey: the idea is fruitful! It sheds light on a kinship that is rooted in history, which today manifests itself in many ways, reinvented and supported by many projects. If binomial art/science is now at the heart of so many creations – literary, theatrical, visual – inspired by so many research disciplines – astrophysics, climatology, biology or neurosciences – the cultural program Residence 1+2 Photography & Sciences, launched in Toulouse in 2015 and supported by Sciences et Avenir – La Recherche, took advantage of it as a pioneer.

A publication where there is a lot about water…

Its initiator and leader, Toulouse-born Philippe Ghioni, has taken it upon himself to encourage three photographers to share their working time while living in his city and to facilitate their access to the scientific resources of the whole territory – in particular through the participation of the CNRS, Midi-Pyrenees Observatory or Cité de l’Espace – so that active connections are established between researchers and artists. For the knowledge of some to irrigate the project of others, for curiosity and dreams to become the substratum and general dynamics.

And it works. In the 2022 edition, an artistic reproduction of which can be seen in the Cordeliers Chapel in Toulouse until November 27*, there is a lot of talk about water: Breton algae and fresh water, devastating floods at Minervois, wetlands at the Confluence. Garonne Ariège. But also cosmology…

© Alice Pallot_CNRS Toulouse experiment. Growth of autumnal algae phormidium cyanobacteria on a print of an archival image of the Bay of Saint-Brieuc inhabited by green algae, 2022

Alice Pallot, interested in the often detrimental effects of human actions on nature, thought she would focus on the toxicity caused by the decay of algae that proliferate in Brittany, but a meeting with Frédéric Azemar, a researcher at the Laboratory of Functional Ecology and Environment (LEFE) of Toulouse, turned her plans around with upside down. It only works on fresh water… Ah! No matter. This zoologist with a passion for photography has created a real basis for experiments based on a common feature of the life cycle of algae in both environments: oxygen and its depletion.

A series of images exhibited in Toulouse, “Algues maudites”, follows a storyline that begins on the beaches of Brittany. Where the photographer tried to convey – with a chromatic device focused on greens and reds, obtained by placing pieces of colored algae, glass or plastic picked up on the shore in front of the camera – the feeling of an invisible threat to the eyes of pedestrians. . An extension of this idea is carried out in the LEFE laboratory, where three aquariums were built to store phytoplankton samples collected in a nearby pond: this will allow Alice Pallot to study and photograph their evolution depending on various amounts of oxygen, up to complete absence, anoxia. 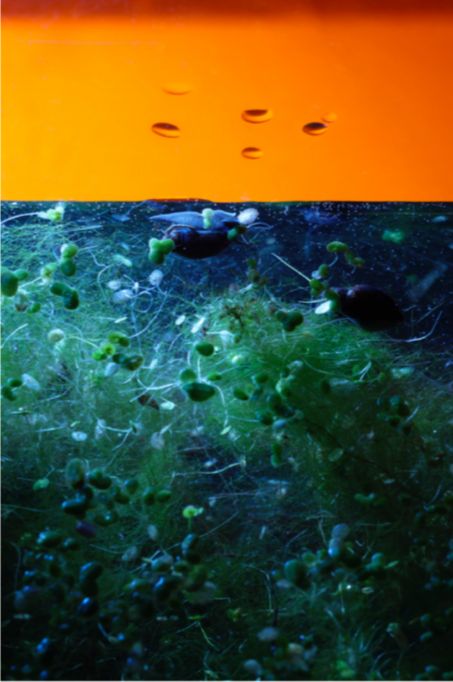 © Alice Pallot An experiment by scientists from the CNRS in Toulouse, an aquarium with water saturated with organic matter, a “sick” pool that becomes anoxic at night.

“It was exciting to discover such obscure species and turn them into fictional characters, a small, almost extraterrestrial world created against the backdrop of colors suggested by the scientific data provided by Frederic Azemar,” the photographer testifies. Who brought the invention to the point that he began to grow algae on prints depicting dead animals, because of the hydrogen sulfide vapor from these plants rotting on the Breton sand.

But the ideal culmination of this exchange between scientific and artistic experience, detailed during the roundtable organized by Sciences et Avenir – La Recherche during the opening of the Residency in Toulouse in 2022, is also underlined by the words of the researcher: “This collaboration created a bridge in my research from fresh water to sea water, a kind of synthesis that is very interesting to convey,” he admits, amazed by the desire to understand and the creativity of his adventure partner. 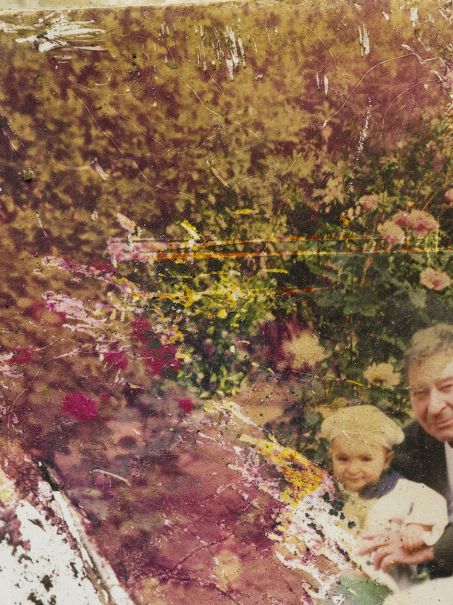 Interest in the relationship of man with the landscape, public space, land unites photographers Jean Lariv and Adrian Basse-Catalin. The first to cross the Aude was with the geographer from the University of Toulouse, Jean Jaures Anais Marshall. Hand in hand and sharing points of view, they tracked the traces of the floods that in 2018 flooded entire villages, reaching the height of a hundred years ago.

“D’entre deux eaux” subtly testifies to the aquatic complexity of the territory, pays tribute to the resilience of man, also through a collection of old photographs collected in deserted places, which the photographer delicately reintegrates into images taken on a site that mixes the shades of the past with the colors of the present. The memory of places and the memory of space, geography intertwined in photography, the precision of the meeting of two different research approaches brought together in a common study. 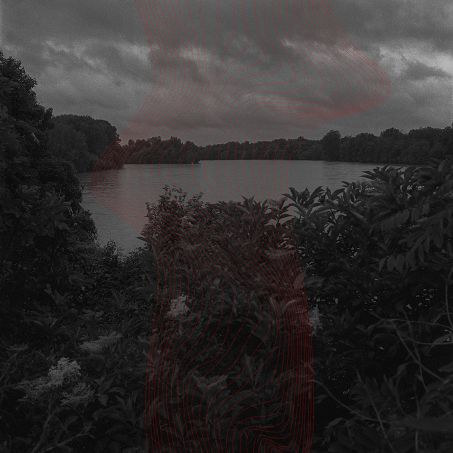 Where Jean Lariv plays with color, Adrien Basse-Catalina immerses us in Confluence in the deep black and white of her silver engravings, in which the almost invisible overlay of level curves and graphic data relating to landscapes recalls reading the delicate balance of nature. environment subject to human change. The wetlands of the confluence of the Garonne-Ariège are here again shown through the eyes of a photographer who poetically conveys this tension. 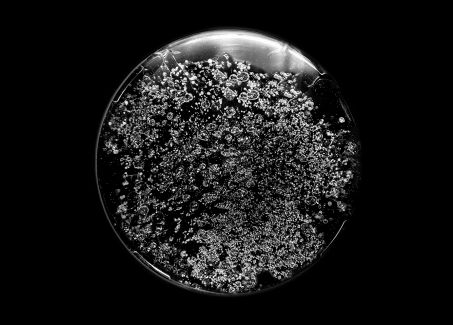 Since its inception, Residence 1+2 has maintained a special relationship with La Cité de l’Espace. Also from the very beginning, the photographer Sandrine Elberg devoted herself entirely to the stars and space, inspired by astrophysics or planetology, with the same enthusiasm. Happy Evidence, his Cosmic Effect series, created as part of this program, is on display in the Cité exhibition halls until January 1, 2023* as a counterpoint to the interstellar visual inventions that excite everyone’s imagination.

The artist teases the viewer with a fabric of images balancing between reality and fiction: where it seems to him that he sees an asteroid explosion or a constellation bloom, there are artfully illuminated and staged dust particles. A tribute to a talented artist, a connoisseur of the darkroom and a wide range of photographic experiments in silver and digital, who overcomes the boundaries between the infinitely large and the infinitely small. His images elegantly embody the connection between science and photography marked by this festival that never ceases to make the nerves and eyes shine.