In the German federal elections on September 26, a new chancellor will be elected in place of Angela Merkel. Reporterre publishes a series of articles presenting some of the green issues debated across the Rhine: coal, nuclear power, forests, the carbon tax and, today, the electric car.

“In my garage there is no room for an electric car. »This ruling delivered in 2014 by Ferdinand Piëch, former chairman of the Volkswagen group supervisory board AGsums up the long-standing contempt in the German auto industry for this technology.

For the heads of BMW, Mercedes, Audi, Porsche, Opel and others, the electric motor could only be a financial well. Furthermore, it was considered too “simple” for the brilliant German engineers, who had invented the internal combustion engine, the diesel, the motorcycle and the airbag. On the side of the unions, nobody wanted it either, for another reason: the electric motor requires less manpower.

Germany has taken its time, but is in fact making its Copernican revolution at full speed. First, for image reasons. “The German industry was very profitable, but probably, for the same reason, satisfied with itself, satisfied with itself and hostile to innovation, judges the specialist journalist Martin Seiwert. The motto was “We are the best and where we are not, for example in terms of diesel emissions, we pretend to be”, he explains in reference to the Dieselgate industrial and sanitary scandal. In September 2015, Volkswagen had to admit that it had tampered with its cars to show nitrogen dioxide emissions and CO2 inferior to reality. Other manufacturers are suspected of the same practices, the Germans BMW, Mercedes, Daimler or even the French Renault.

To a badly damaged reputation was added the competition of the American Elon Musk, pioneer of the electric car, who did not hesitate to come and walk on the beds of German manufacturers setting up a factory in his own country: Tesla’s “Gigafactory”, the The company’s first factory in Europe, will be inaugurated on October 9. Finally, the coup de grace came from the European Commission: the sale of combustion vehicles will be banned in 2035, including hybrids. 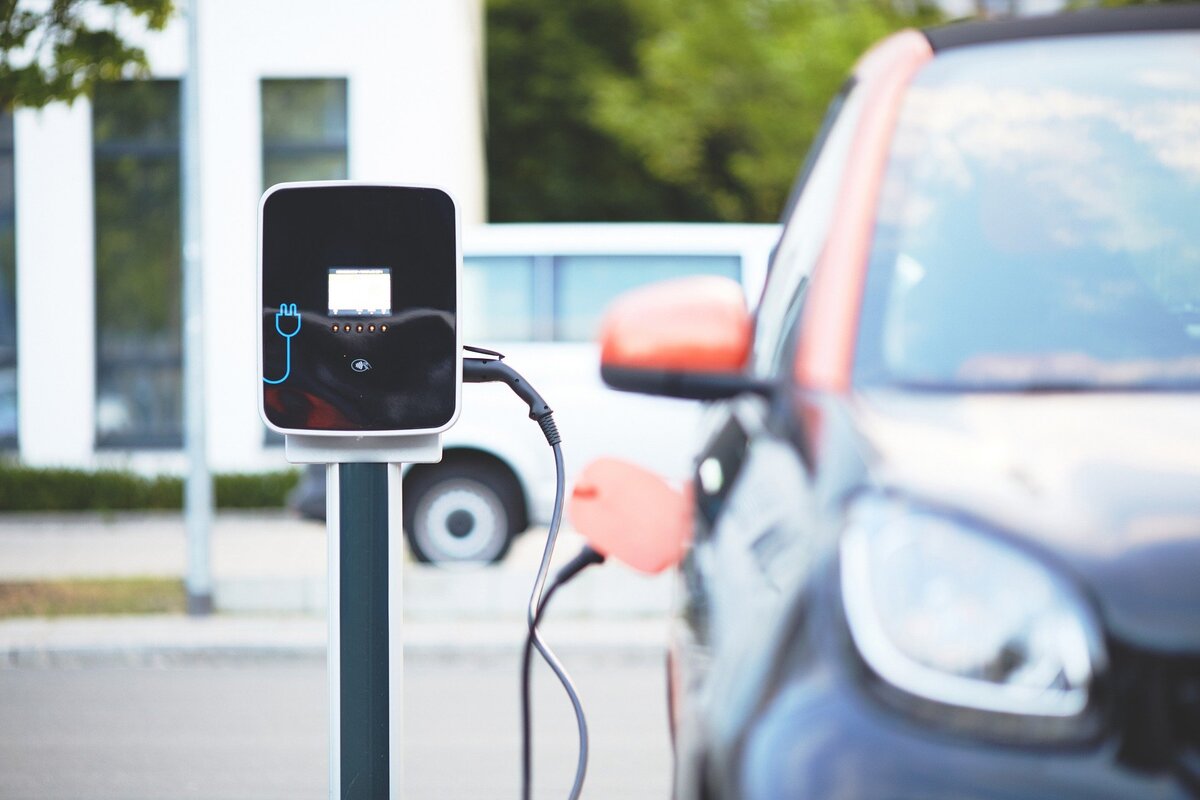 “The future of our company is electric,” admitted Reinhard de Vries, director of the Volkswagen plant in Zwickau a few months ago. In just two years, their eastern German site has gone 100% electric with the brand’s new flagship models, ID.3 and ID.4. The number of production lines has doubled and employees have been trained in their new profession, from programming to maintenance. None of the 8,000 employees have been laid off. And since in the automotive industry, as in soccer, it is always Germany that wins in the end, Volkswagen is on track to win its showdown against Tesla. The German group should become by the end of 2021 the first manufacturer of “Elektroautos” in the world, ahead of the American firm.

Because at dealerships, motorists follow. Thanks to a purchase premium of 9,000 euros, the number of new registrations of electric cars has tripled in 2020, and growth continues: last month they accounted for almost 15% of sales, 4 points more than in France. The authorities have 14 million electric cars in circulation by 2030, essential to meet the commitments to reduce greenhouse gas emissions in transport.

“We no longer fear for our work, but we are a bit reserved for the future,” says Jens Rothe, chairman of the Volkswagen works council in Zwickau, a member of the union I G Metall. Outside, we have the feeling that things are not going as fast as in our factory, especially when it comes to the development of charging stations. The challenge is great for the coalition that will rule Germany after the federal elections on September 26: 1 million terminals must be installed by 2030, compared to just 46,000 today. And they will have to be fed with zero emission current … It is not a small thing in a country where the energy transition is slipping.

Sign up in less than a minute to receive free by email, daily or weekly, a selection of the articles published by Reporterre.

The exit of nuclear energy, the other bet of the German elections

Ecosystems: “The Sensory Odyssey”, an immersive experience of a new kind

Ecosystems: “The Sensory Odyssey”, an immersive experience of a new kind