The Epic is an action RPG game set in a setting reminiscent of Slavic mythology tales. Developed by the Moscow studio Far Far Games, The Epic recently talked about the progress of the project. Our colleague Alexey Kuzmenko from XECO – Xbox Ecosystem agreed to share with us elements of his exclusive interview with the development team.

Natural world with a touch of the supernatural

The Ukrainian and Russian video game industries have inevitably experienced a contextual disruption for several months due to a conflict that they probably did not foresee. We also brought up this topic with Alexey Kuzmenko of XECO – The Xbox Ecosystem during an exclusive interview detailing the situation in Russia. We did the same for delayed Ukrainian projects such as STALKER 2: Heart of Chernobyl. However, some studios continue to believe in the future.

This is also our Russian colleague, who recently told us about The Epic game. He had the opportunity to have an exclusive interview with the game’s developers, at the heart of the Far Far Games studio based in Moscow. This was in February 2022. These same developers recently reported on the changes made to their project and its near future. We have the opportunity to introduce you to a game that could soon be released on our platforms, based on several fragments of the original interview.

The Epic – or Bylina (Epic) in the original version – is an action role-playing game. Its peculiarity lies in the fact that it takes place in a context that is generally unknown in our countries, Slavic mythology. That is why the developers of Far Far Games offer us to explore the richness of the unique and icy bestiary. The whole interest of the game will be to take quests in a universe governed by the constant interaction of reality, tinged with mythological elements. In addition to moving to Unreal Engine 5 this summer, the concept has been revised:

The second big change concerns the very concept of the world. This is still an environment based on Slavic mythology (in the broadest sense), but we have abandoned the idea of ​​crossing the world of living people with the prototypes of hell and paradise. Only reality remains, hardcore. Naturally, given the fact that a lot of monsters are spinning around the player.

Originally conceived as an allegory of heaven and hell, in which the player’s actions would determine a good/bad profile, Far Far Games returned to a realistic world, but teeming with imaginary creatures. By choosing to remake the project on Unreal Engine 5, the idea could be crowned with success, but at what cost? The team consists of amateurs, fans of traditional Russian fairy tales. A simpler project on paper, but no less ambitious, so it grows. 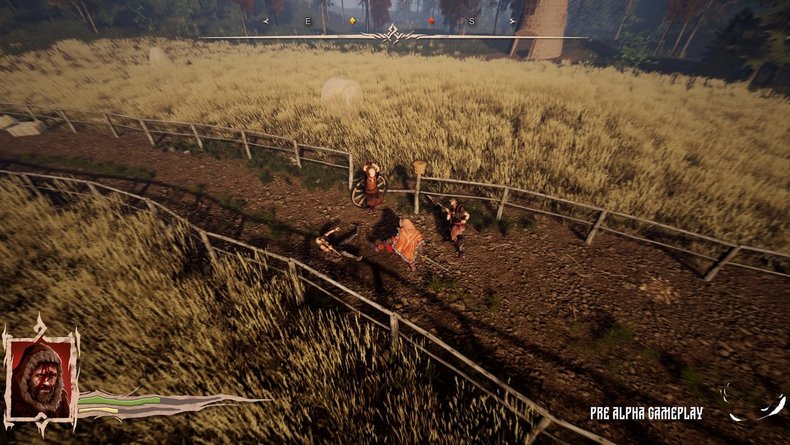 Rather admiring what Xbox offers with its program [email protected], allowing many independent projects to see the light of day, the team would not mind the support of the Redmond firm to realize their project. The context probably does not lend itself to this, since the final cessation of all activities of the computer giant in Russia, but the call was made. What Alexey Kuzmenko said in February 2022:

XECO: Microsoft has a division [email protected] which helps independent developers. Have you considered collaboration and what do you think about such support from Xbox?

The developers of Far Far Games are still hoping to release their game in 2022, first on PC. A Steam page will be launched shortly, where you can talk about the game and indicate the release window. The door is also open to all current consoles on the market, so it could be possible to see The Epic land on Xbox consoles in the future. With the resumption of development on Unreal Engine 5 this summer and a new storytelling concept, the project is alive and will take its place in Xbox Game Pass.

The call of the foot is well and truly launched. Now it’s up to the developers to sell their game, the unusual universe of which was able to surprise the players. We will certainly check with our colleague Alexei Kuzmenko when there is information. In the meantime, feel free to visit the official website of the game to learn more about it, or watch the video at the bottom of the article to immerse yourself in the world of Russian fairy tales.