In addition to their many original creations, the platforms of streaming by subscription (SVoD) carry out numerous acquisitions to enrich their catalog. Netflix, Prime Video, Disney +, myCanal and others add new series every month and there are already several hundred showing.

Unfortunately, we have to make trade-offs and some programs do not manage to find a taker. In France, for example, no SVoD service offers Hell on Wheels. OCS once did, but it is no longer the case today.

What a pity. The five seasons of AMC’s drama are very well made and we would love to be able to watch them again in streaming legal. For this, a platform will have to decide to bet on this western series, but it is not won.

Let’s see together why Hell on Wheels would probably deserve better.

The synopsis of Hell on Wheels

Cullen Bohannon, a former cavalry colonel in the Confederate Army, paid a heavy price when the war ended. It is an understatement to say it, since the War did not only deprive him of his land, he also lost his family.

Determined to take revenge on the Union soldiers responsible for the massacre, he sets out in pursuit of them. His thirst for revenge then takes him to the itinerant construction site of the transcontinental railroad.

Hired as a foreman for the realization of this gargantuan work, he will quickly realize that the railway line is far from being a haven of peace. Fortunately, this ace of the trigger will do what is necessary to be respected, without losing sight of his objective: to get hold of the executioners of his family. 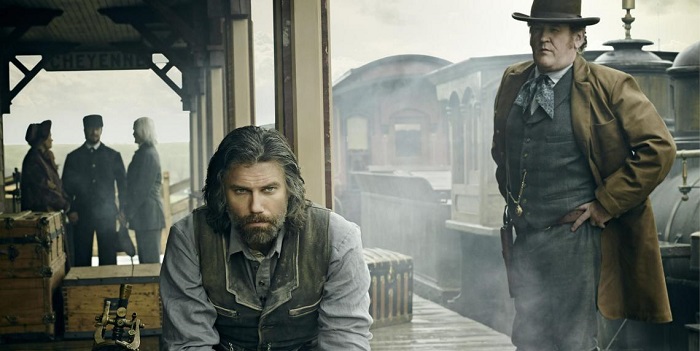 The (good) western series are not legion. Once very popular on television and in the movies, the genre is less successful today. Hollywood, the networks Americans and other SVoD platforms have not quite given up.

Rather, let’s say that they exploit it much less, gradually letting it dry up. So, inevitably, when we have the chance to come across a good series of the genre, it attracts our attention.

With Godless, Deadwood or The Son, Hell on Wheels is undoubtedly one of the best representatives of the genre in recent years. The plot takes place in 1865, shortly after the end of the Civil War and in the wake of Lincoln’s assassination.

It’s interesting, but it’s not the main originality of the series. Cullen Bohannon lives in the Wild West, obviously, but the hero is not a cowboy.

He embarks on a slightly different adventure, that of the railroad. And not just any, since we are talking about a transcontinental line supposed to connect Omaha (Nebraska) to Sacramento (California). Bohannon’s desire for revenge pushed him to get hired as a foreman on the construction site.

The plot of the series is therefore itinerant, it highlights the landscapes of the American West and the merit of being quite exotic. But behind the apparent beauty of the decor, Hell on Wheels rather focuses on showing the harshness of everyday life at the time.

Certainly, the Civil War is over. The abolitionists in the North have won, slavery is now outlawed. However, that does not make the United States less racist or more tolerant of its minorities. 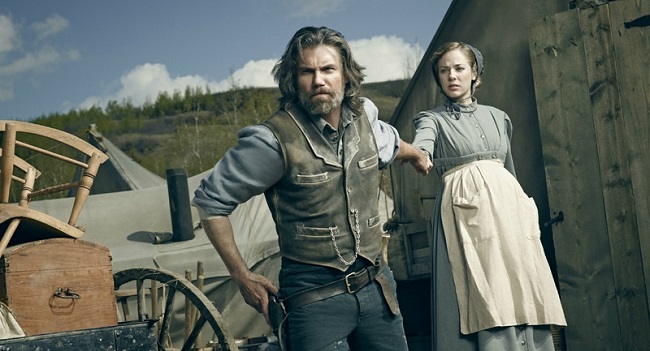 The law is changing, but not mentalities, and the Transcontinental project is proof of this. The workers, often African-Americans or Asians, are looked down upon and often very badly treated.

Daily life is difficult for everyone, but even more so for them. Hell on Wheels is therefore a series that takes place in a hostile environment, far from the fantasized myth of the life of cowboys in the West.

It’s rough, violent and dirty. The series oozes alcohol and grime and surprisingly, that is its charm. The atmosphere is heavy, but realistic and very gripping. Cullen Bohannon is like a fish in water in this environment.

He knows how to be respected and is not the type to be impressed. Moreover, it is impossible to talk about him without saluting Anson Mount’s performance. His natural charisma fits the character perfectly and he is always very convincing.

In the role of Swede, the evil antagonist, Christopher Heyerdahl is also perfect. In terms of writing, the five seasons are not equal. After an excellent start, the wind gradually dies down.

However, the flame never goes out completely and Hell on Wheels is a good series to the end. Cullen Bohannon has an eventful life and he experiences many adventures. The plot is solid, the stakes are high and it is easy to get caught up in the game.

Hell on Wheels worth a visit and western fans should appreciate, as we did. The series deserves a second life in SVoD and we hope that a platform will acquire its rights.