While access to Starlink, Elon Musk’s satellite internet provider, is known for its very high prices, it is becoming more affordable in France thanks to a very significant price drop.

Sending satellites into space is expensive, very expensive. And to make deploying the hundreds of satellites that allow Starlink to operate profitable, Elon Musk’s company has a habit of sending huge bills to its customers who want to access the Internet anywhere in the world.

In early July, we learned that a Starlink Maritime subscription would cost $5,000 per month. Incredibly high price, designed to equip luxury yachts with the firm’s technology. Which is cool for most technophiles, but probably for owners of recreational boats, probably worth several tens of millions of euros.

Starlink antenna on a boat

Still, Starlink isn’t just being offered to billionaires who want a network to post photos to Instagram from the middle of the ocean. The company’s technology can also connect isolated homes anywhere in the world. Where 5G antennas and fiber optic cables do not pass, Starlink is present. And this can apply to France as well.

Price cuts for Starlink in France and beyond

To use the satellite connection to Starlink, you need to install the official connection package, which previously cost 705 euros in France. From now on, this price is reduced to 684 euros and includes the first month of the subscription. This, previously fixed at €99, is now €50.

It should be noted that until March 2022 the cost of the package, including in particular the satellite dish to be installed on the roof of his house, was 499 euros. For now, if Starlink puts in a little effort, the price will still be high. However, it is quickly amortized by the monthly subscription, the price of which is halved.

Is Starlink becoming competitive in France?

While using Starlink to access the Internet has a certain “hype” and futuristic side that cannot be neglected, the investment is still significant. Buying and installing a dish is necessarily a constraint, and the cost of a monthly subscription remains higher than most regular Fiber subscriptions. 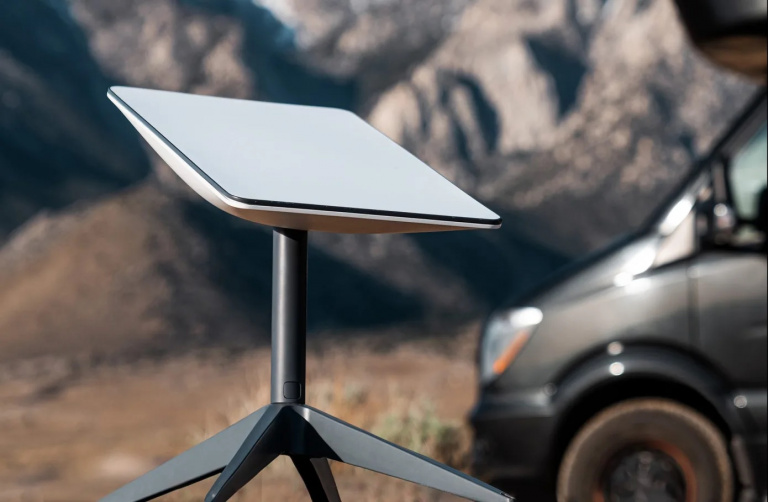 If it is not installed in a place where no other network runs, such as in the mountains, it is likely that there are cheaper alternatives. Therefore, before jumping straight into Starlink’s offer, it’s a good idea to check which other operators can offer a competitive offer. For information, Starlink promises speeds from 50 to 150 megabits per second.

The fact that Starlink decides to cut prices in France is also perhaps a sign of a difficult market for this operator. However, the French offer remains noticeably lower than elsewhere, with a monthly subscription still priced at $99 in the US.