The third heat wave of this scorching summer, which is combined with a “drought” throughout the territory, is shifting to the east of France on Thursday, where Météo France expects up to 36°C in Strasbourg and 38°C in Lyon.

The twenty-six departments placed on orange vigilance since Wednesday, at the peak of this new episode, will remain so this Thursday, from the southwest to Burgundy and Alsace and from the Languedoc to the Alps. Fifty others are marked in yellow on the Météo France map.

In the southwest and from the borders of Germany to the Rhone corridor will be between 37 and 39 degrees, nighttime temperatures will remain between 18 and 21 degrees or even 24 local time during the night from Wednesday to Thursday.

On the other hand, a northerly wind will cool Brittany and a wide swath north of the Seine and the English Channel coast on Thursday, marked green again on the map, with Thursday dawn between 13 and 17 degrees.

Boats in the dry bed of Lake Brenet, on the natural border between eastern France and western Switzerland, July 18, 2022 (AFP/Archive – Fabrice COFFRINI)

This cold snap heralds a warmer weekend ahead of a further rise in temperatures early next week. However, this third heat wave was supposed to be shorter than the previous one, which ended on July 25 and lasted 14 days.

Thunderstorms are also expected on Thursday. But this is not enough to dispel drought-related fears.

According to Météo-France, July 2022 is “the second driest month of all months combined” in France since measurements began in 1958–1959, with a combined rainfall of 9.7 millimetres.

So far, the driest month on record was March 1961 with 7.8 millimetres. 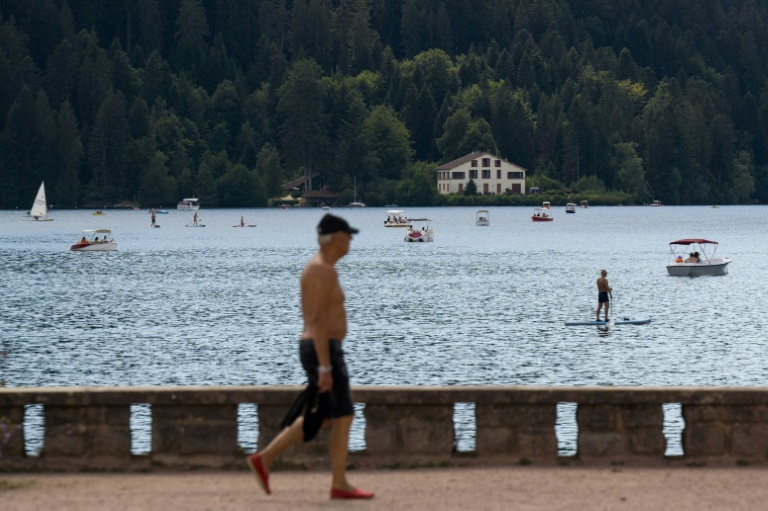 A man walks along Lake Gérardmer in eastern France on August 3, 2022, when the water level in the lake dropped due to intense heat (AFP – SEBASTIEN BOZON)

In the Vosges, a big concern is Gérardmer, a resort that has already suffered from increasingly unreliable winter seasons due to global warming and is now facing a summer drought of exceptional intensity and early age.

An “emergency,” according to Mayor (PS) Stessy Speismann. The water table is depleted and the city has to draw water from its network in the large lake that has made its reputation. For two days, Wednesday and Thursday, this water is considered undrinkable while tests are being carried out.

The consequences are also serious for EDF, which may be forced in the coming days to further reduce nuclear power generation and even shut down the reactor at the Trikasten (Drom) power plant due to high river temperatures. 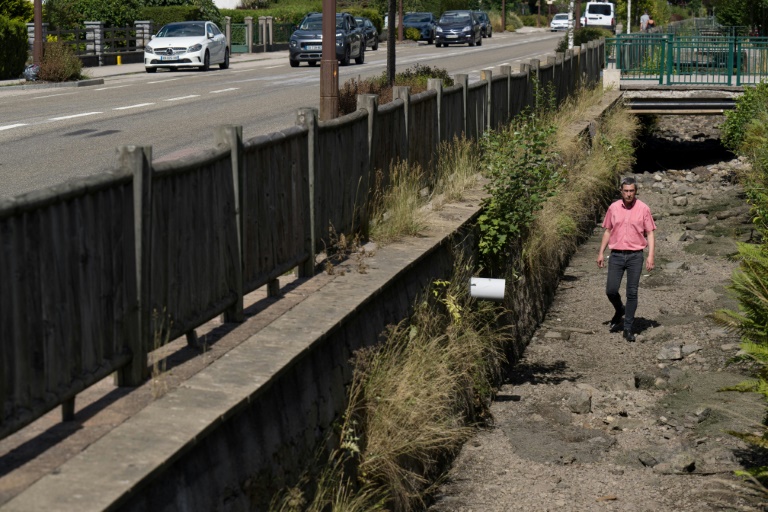 EDF also warned of possible “production restrictions” at the Saint-Alban (Isère) plant on the Rhone or the Golfesch (Tarn-et-Garonne) plant on the Garonne.

Another sector in great pain: agriculture. “We had a chronologically or almost swine crisis, bird flu, a Ukrainian crisis, frost and hail, and then a drought sets in … In twelve months, we summed up what we have in 5 or 10 years,” the minister summed up. Marc Feno in an interview with AFP.

“Agriculture is one of the first victims of climate change,” he stressed, believing that “what we have this year is a typical year we will have in 2050.”

Among those most affected, some livestock keepers are forced to sell their animals because they cannot feed them.

But its waves “have been significantly more numerous in recent decades. According to Météo-France, there have been three times as many in the last 35 years as in the previous 35 years.”