Game news The Last of Us Remake: PS5 gameplay, graphics and features… everything you need to know about what’s new

Expected September 02 on PlayStation 5 remake of The Last of Us: Part 1 has recently been mentioned due to the lack of some features. In a video posted today, Naughty Dog’s Neil Druckmann talked about everything to expect from this new release.

The Last of Us Remake: redesigned graphics for more immersion

In a video posted earlier today, PlayStation takes over ten minutes to sum up the new features included in the PlayStation 5 version of The Last of Us: Part I remake. To introduce them, saga director Neil Druckmann points out the following:

Sean Escaig accompanies him in this interview. He is the creative director and co-writer of this remake. He points out that the PlayStation 5 is a great set of tools that they (the developers of Naughty Dog) can take advantage of: 4K, 60fps, HDR technology (which affects brightness), He says he offers reworked characters (facial animations, graphics details). ), as well as a much more immersive atmosphere than before.

In any case, the three interlocutors agree on one thing: the PlayStation 3, the console on which the original game was installed, was not powerful enough for their ambitions. It is thanks to the PlayStation 5 and its many features that they are able to offer something much more in line with their vision of the game.

The Last of Us Remake: What are the new modes and features associated with PS5?

But in addition to the graphics, a lot of changes related to the gameplay have been made. Game director Matthew Gallant talks about it in this video. First, he explains that the physics of the surrounding objects is much more present: this feature is considered “like in a dream before.” He then takes a cue from the planted tower that destroys everything in its path, once again promising more immersion in Joel and Ellie’s adventures. Another promise on the side of Naughty Dog: artificial intelligence is promised to be just as sophisticated, whether it be enemies or friends.

In addition, this remake of The Last of Us also includes two new modes. Permanent death, which should please players whose immersion is interrupted in case of defeat. It is also a fast track mode that allows you to time the time that has been added. Naughty also emphasizes adding accessibility options (such as audio description during cutscenes).

Finally, the last part of this interview focuses on the features provided by the PlayStation 5 accessories. It then mentions 3D audio, which should allow players to hear enemies before they see them, as well as a lot of integrated haptic feedback (vibrations). to the header. Of course, DualSense adaptive triggers will also be used: each firearm will have a certain amount of resistance, and the resistance of the arc will increase as the voltage increases. 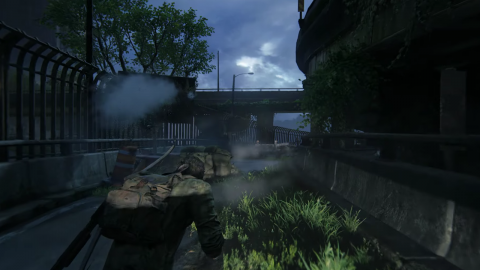 New features that players will love? In recent days, the controversy has grown after the leak of the key settings screen: there would be no way to dodge or crawl, as is the case in the second opus. The absence, which is a shame, especially since some consider the price of this remake to be unjustified.

However, Neil Druckmann ends his video by explaining that this is the “definitive edition” to fully appreciate The Last of Us: Part 1. The final answer will be on September 2 when the game is released on PlayStation 5. A PC version is available . planned, but no release date yet.