Launched on September 2, 2022, The Lord of the Rings: Rings of Power continues to generate a lot of buzz. If he has huge qualities, the series nonetheless puts us in doubt, in part because of the writing of the Galadriel character.

Released two weeks after the launch of House of the Dragon (whose new teaser should blow your mind!), The Lord of the Rings: Rings of Power series has become another major must-have for fantasy fans. It must be said that he cannot refuse the promise of a new journey to Middle-earth. If the series has huge qualities (especially visual and musical), it also shares a large family of Tolkien fans. While some videographers who are fans of the British author’s work, such as Captain Popcorn and Mestre Thibaut, dubbed the series, others criticize some of the unexpected adaptations that we mentioned after watching the first two episodes. 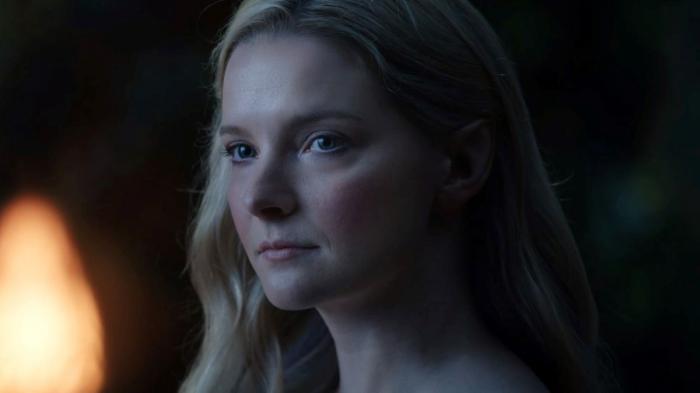 While Episode 4 of The Ring of Power has just aired, it seems more and more that the character of Galadriel is suffering from a real writing problem. Obviously, we will not return to the circumstances of the death of his brother Finrod (which we mentioned in the article quoted above), but will focus on the psychological portrait of Galadriel.

But first, let’s get the misunderstanding out of the way: the fact that Galadriel is portrayed as a warrior in the series does not contradict Tolkien’s work. Recall that in The Silmarillion, even if she does not swear allegiance to Feanor, she appears as the leader of the revolt of the Noldor, who wants to go to Middle-earth to establish her own kingdom. Separated from the Sons of Feanor, she will lead her people through the Helcaraxe. Terribly dangerous ordeal!

Portrayed by the superb British actress Morfydd Clark, Galadriel nevertheless suffers from two serious problems. First of all, because of too much desire to write her as a free and independent female character (in the modern sense of the word), the series runs the risk of running into a continuity problem. It’s not lost on anyone that Celeborn, who was supposed to be her husband, is missing from the show. Her absence allows newcomer viewers to imagine potential promising romances between Galadriel and other male characters.

Now, in Tolkien’s books, Galadriel married in the First Age to Celeborn, whom she met in Doriath. From this marriage Celebrian will be born between 350 and 400 of the Second Age. Celebrian will then marry Elrond (in 109 of the Third Age) and have three children, including Arwen (in 241 of the Third Age), who in turn will marry Aragorn in The Lord of the Rings: The Return of the King. 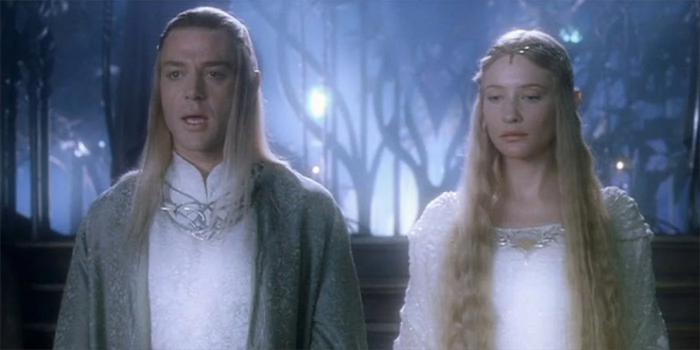 However, the Lord of the Rings: Rings of Power series may appear to be set at the end of the Second Age: the actors from the end of Numenor (Tar-Miriel, Ar-Pharazon) and the Last Testament (Elendil, Isildur) have already been introduced. Remember that if their lifespan is longer than that of ordinary people, then the Numenoreans are still people. So perhaps you are starting to notice the first problem: if Galadriel is not married to Celeborn, then Celebrian was not born; if she was born later, she would be too young to marry Elrond at the start of the Third Age, and so Arwen’s late birth would make her marriage to Aragorn difficult. 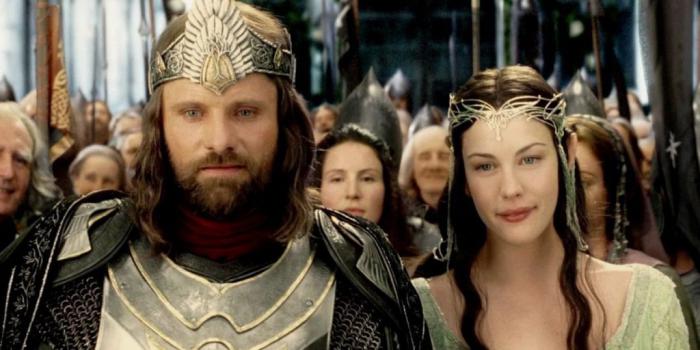 Of course, we might be told that Galadriel may have already married Celeborn in the series, and that Celebrian may have already been born. However, nothing indicates that this is the case: Galadriel’s quest for revenge seems, on the contrary, to especially isolate her and prevent her from having love and family life. Besides, when Gil-galad sent her to Valinor and she left the ship, we never saw Celeborn and Celebrian.

Halbrand, who do you think you are?

Episode 4 “Rings of Power” brought to the fore the second problem with Galadriel’s writing. Remember: imprisoned by the regent queen Tar-Miriel after she asked him to meet the true king of Númenor, the elf receives a courtship lesson from the fugitive king Halbrand. An amazing scene to say the least, but symptomatic of the character’s writing weaknesses. Indeed, if Galadriel can be skilled in combat, she is nonetheless one of the wisest individuals in the world. Let us not forget that in the First Age she was educated in Doriath by Melian, wife of Thingol and mother of Luthien, who was Maia. 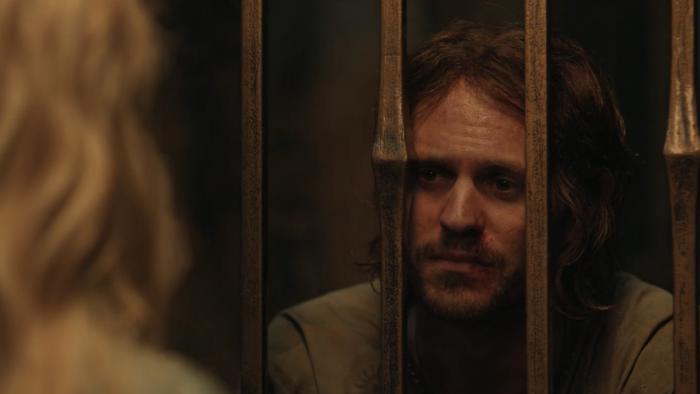 Thus, not only did Galadriel receive teachings for several hundred years (even millennia) from one of the wisest inhabitants of Middle-earth, but in addition, her long stay at the court of Doriath had to do without receiving the slightest court instruction from a person whose mortality prevents him from having your long experience. In addition, her wisdom also consisted in not making certain mistakes leading her to prison.

Let’s hope future episodes can take a little more care of character writing. We can’t wait to find out what happens next! If you enjoyed this article, feel free to take a look at this Stranger theory that seems to be confirmed in the latest episode!