In May of last year, the crypto ecosystem experienced an unprecedented rebound. As Bitcoin continued to fall, the price of the popular cryptocurrency Terra (LUNA) and its stablecoin (UST) went in a straight line all the way to 0 euros. Four months after the massive incident, Terra founder Do Kwon faces an arrest warrant in South Korea.

Crypto: What is Terra (LUNA)

Several projects are emerging in the crypto sector to meet the needs of this new ecosystem. The Terra project and its LUNA cryptocurrency are among the innovative projects based on blockchain technology. Created by Do Kwon, Terra aimed to create a decentralized algorithmic “stablecoin”: UST.

A stablecoin is a cryptocurrency whose purpose is to maintain a stable price, like a fiat currency such as the dollar or the euro. This type of cryptocurrency is very important for the crypto sector. Indeed, these stable tokens allow you to protect yourself from the extreme volatility that reigns in the market. They are used, in particular, as an exchange token in cryptocurrency peers. For example, if you want to buy Bitcoin or Ethereum, the accepted common currency is the stablecoin Tether, USDT. Tether is a stablecoin that keeps up with the price of the dollar as each of the digital coins is backed by the US dollar, just like gold and the dollar back then.

Following the logic of decentralization, Terra wanted to develop a stable cryptocurrency that would do without classic fiduciary currencies such as the euro or the dollar. Thus, the company created UST, a decentralized algorithmic “stablecoin” “backed” by its LUNA cryptocurrency.

To stabilize, the ESN works with a computer algorithm that balances the values ​​through the provisioning system. In short, the stablecoin settled at $1 thanks to community arbitrage. Specifically, if UST falls to $0.98, then it is worth exchanging it for $1 LUNA. Conversely, if it increased in price to $1.02, it made sense to generate it against $1 of the LUNA cryptocurrency.

However, things didn’t go according to plan…

What happened to UST and LUNA cryptocurrencies?

In May last year, the LUNA cryptocurrency began a monumental fall, scaring the entire crypto market. The cryptocurrency founded by Do Kwon has risen from 80 euros to 0 euros, leaving many investors on the block. This drop is one of the biggest cryptocurrency crashes to date.

As it fell, LUNA dragged its UST stablecoin with it. In short, investors withdrew $40 billion from the protocol, causing the collapse of the algorithmic system and thus the downward spiral in the price of the UST stablecoin. 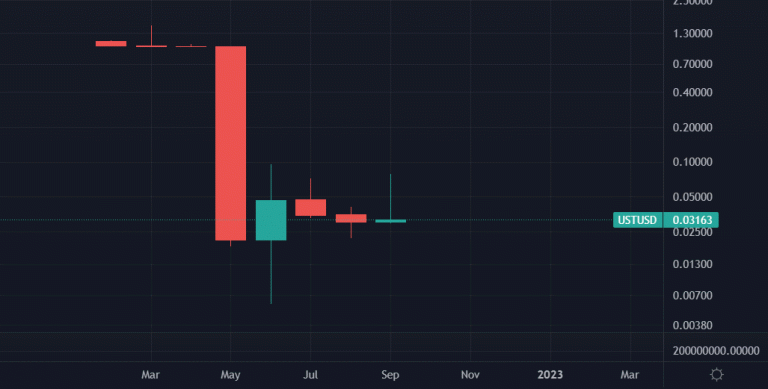 This event caused a general panic, causing the price of the two cryptocurrencies to drop below a penny.

The effects of these adventures are still being felt 4 months later, in particular due to the massive loss of confidence on the part of some LUNA investors. Several people who bought LUNA or UST ended up with 0 €. To bring justice to those who lost their savings in this crypto cataclysm, South Korea has issued an arrest warrant for Terra founder Do Kwon.

While the project manager was already the subject of a class action lawsuit organized by American investors, Do Kwon had made a new enemy. Indeed, the person in charge of the project will be subject to an arrest warrant in his country of origin, South Korea.

The move was taken by the Seoul Southern District Financial Crimes Unit, according to South Korean publication Chosun Ilbo. Among other things, Do Kwon and his associates are accused of failing to comply with laws relating to capital markets. According to South Korean justice, the LUNA cryptocurrency and its UST stablecoin are financial products, so they should have been under the control of the financial authority.

Currently in Singapore, Do Kwon is currently escaping justice in his country. However, he may soon get into the “red notices” of Interpol. In this regard, an international arrest warrant should be issued against the founder and some employees of Terra in the near future.

These accusations can cost the founder dearly and even result in the “irretrievable loss” of the new LUNA and the old LUNC. Despite events and context, the two cryptocurrencies continue to create parabolic speculative moves while the project is deadlocked and has shown many flaws. However, if the allegations come to an end, the two cryptocurrencies could be removed from most platforms for legal reasons.