Released in 2006, Razer says the DeathAdder remains “the best-selling gaming mouse in the world.” So redesigning such a mythical mouse is an obvious risk for Razer, as the accessory has played a major role in the company’s success.

When I received the final version of the DeathAdder V3 Pro, I found a mouse that, had it been sold under a different name, would never have been confused with the first DeathAdder by that name. Razer has indeed made a choice in favor of radical changes.

The new, more versatile design may turn some DeathAdder fans off, but it’s also likely to draw crowds of uninitiated gamers to this line of mice. So let’s see what makes this new DeathAdder so special. 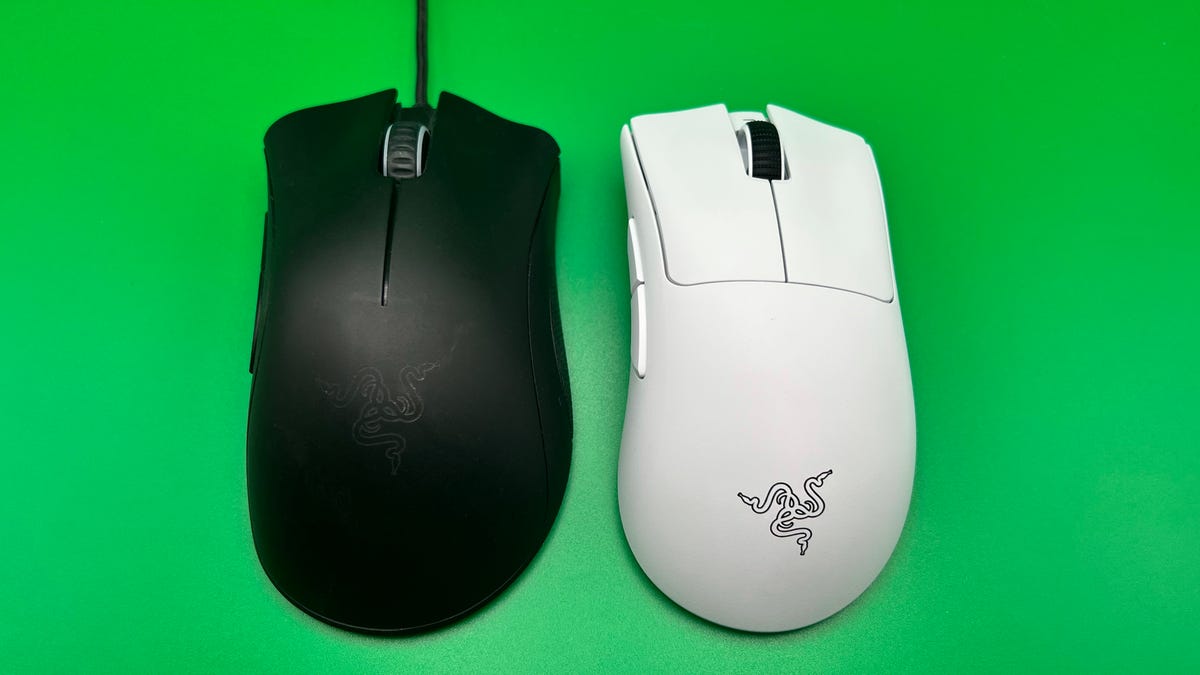 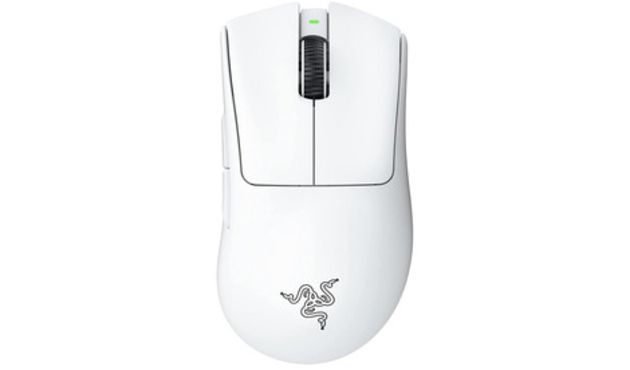 Besides retaining its status as an ergonomic mouse, the DeathAdder V3 Pro bears little resemblance to the old DeathAdders. The wide flared front is gone, replaced by a narrower tip. The left and right mouse buttons also have less pronounced curves. 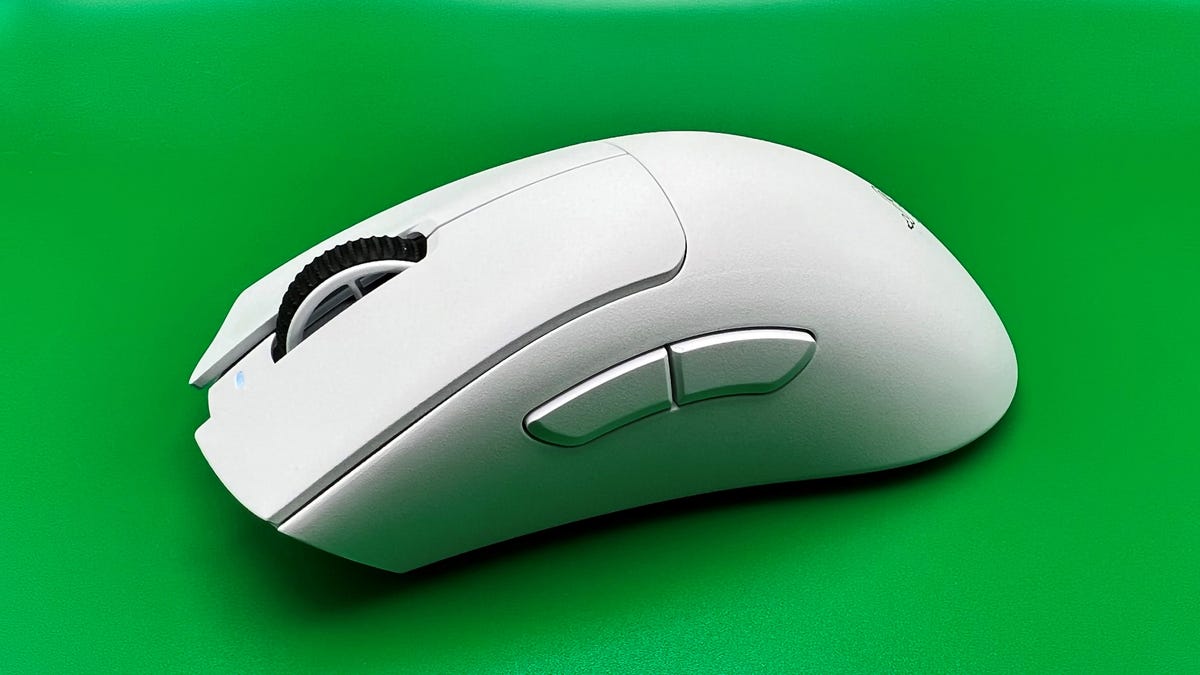 Button presses are very weak. By separating them from the rest of the mouse body, Razer was able to further change the way their optical switches work.

The left flank also takes on a more rounded shape. Razer has retained the large, well-designed side buttons of previous generations. The right side is also rounded to give the ring finger a better grip on the mouse.

However, those who are used to the “finger” grip will not find their happiness here. The DeathAdder V3 Pro is too big for this gripping method to be really comfortable, unless your hands are much above average. 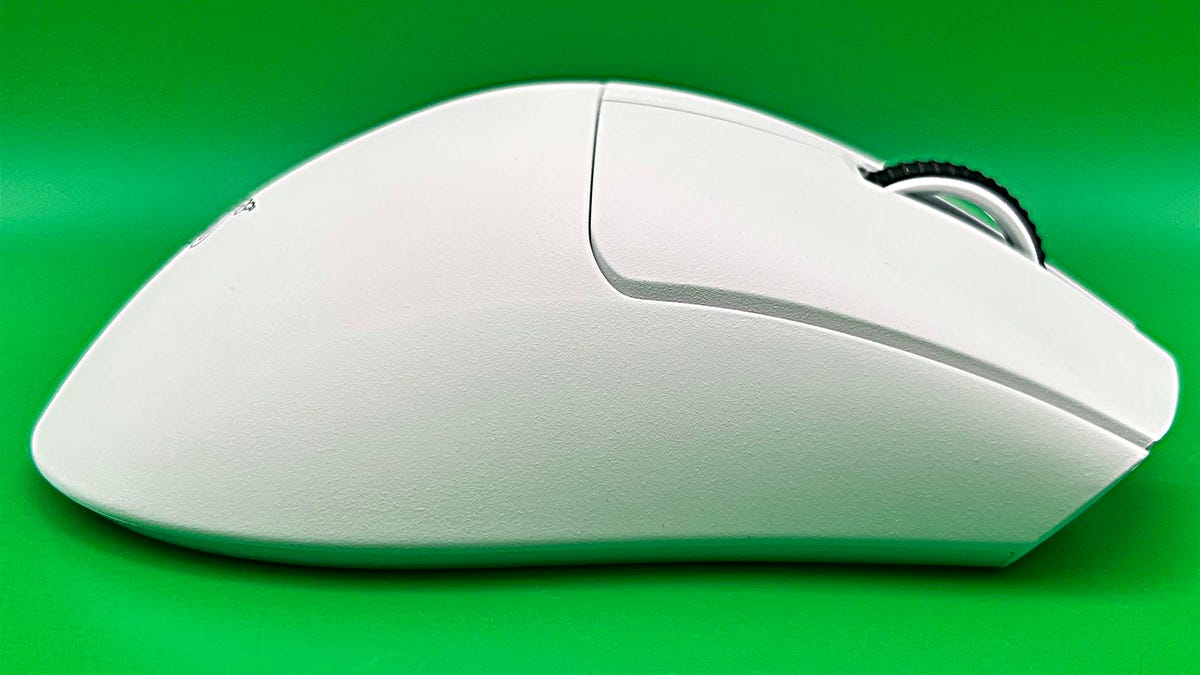 The finish on this mouse is one of the best available from Razer and one of the best I’ve used in general. The grainy look ensures a secure grip on the device, even if your palms are sweaty. It never causes sweating like rubber coatings. However, the device comes with a set of rubber pads (black) for those who prefer that feel. 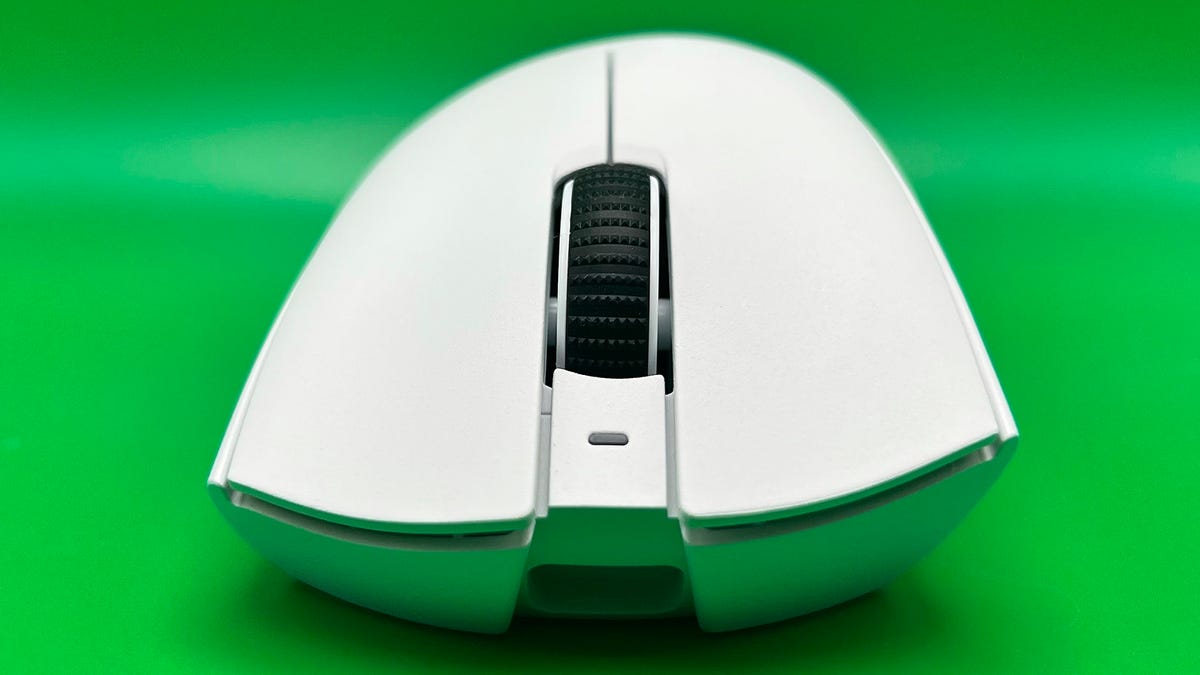 Like most of Razer’s “Pro” models, the DeathAdder V3 Pro focuses on the essentials for better performance. The 64g mouse feels absurdly light in the hand despite its large size, and the aforementioned buttons further enhance the feeling of instant response.

Despite this mouse’s reduced weight, Razer has included several competition-focused features, including support for a new 4000Hz wireless adapter (sold separately) and the inclusion of a Focus Pro 30K optical sensor. A tiny LED light on the mouse’s nose is the DeathAdder V3 Pro’s only built-in lighting. 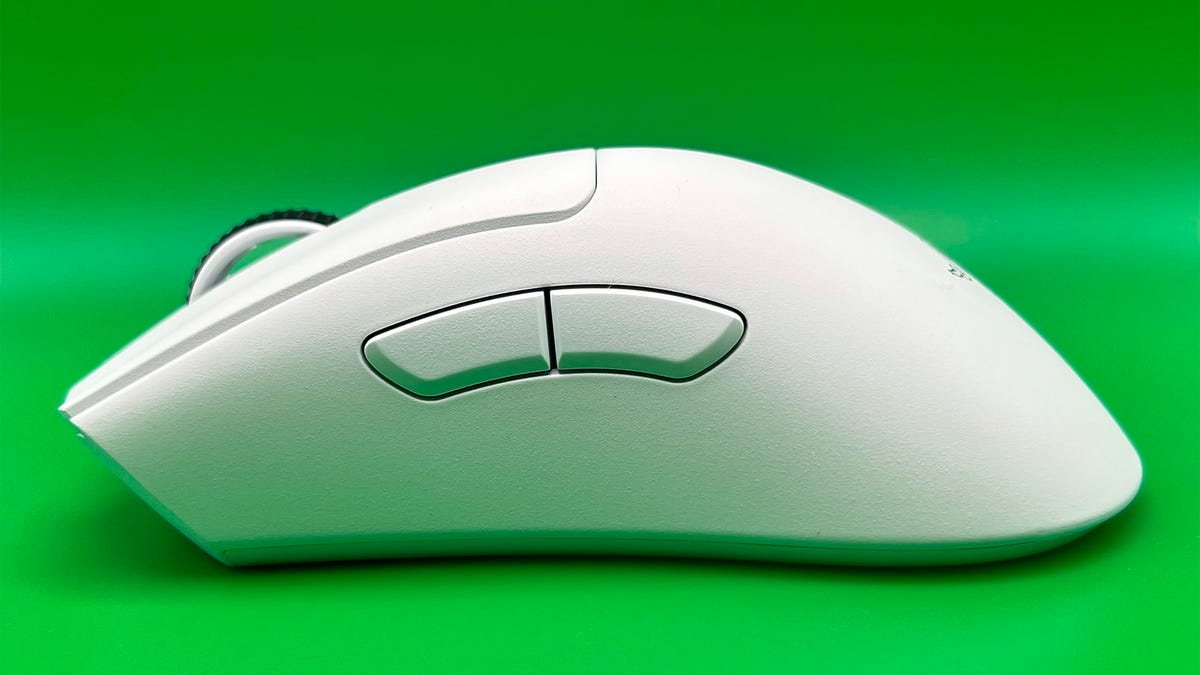 As a result, the mouse is simple, pleasant and practical to use. The shape of the DeathAdder V3 Pro may turn some people off, but it’s hard to fault the hardware performance of this accessory. 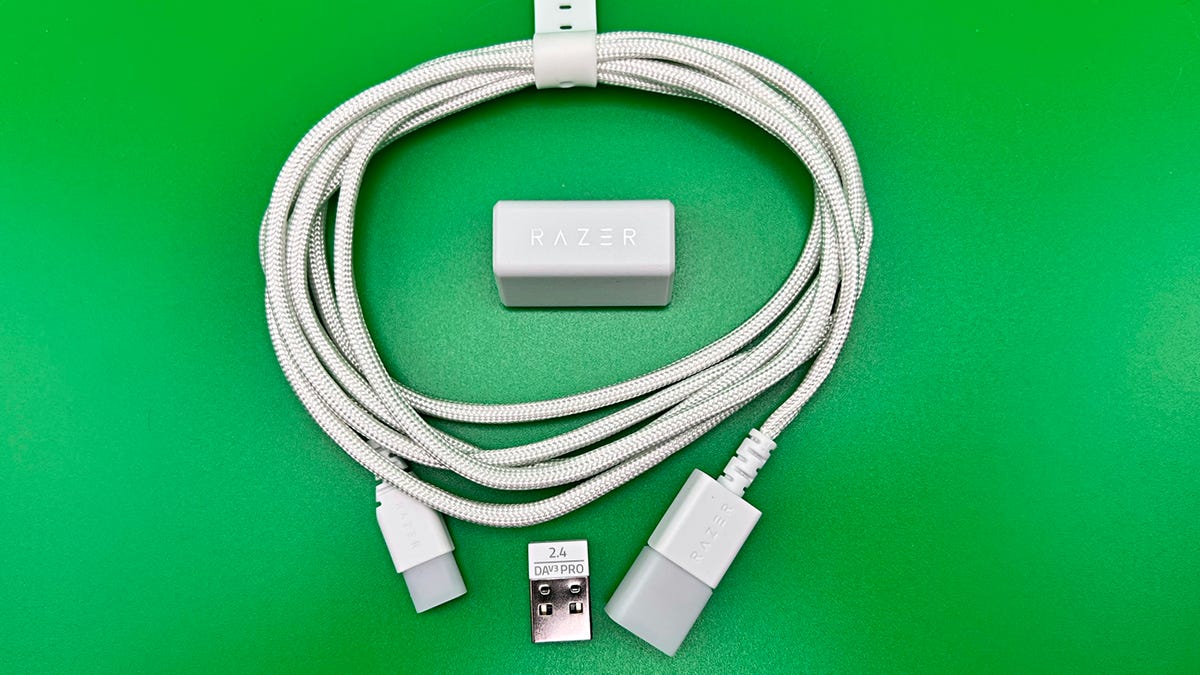 The Razer cable is long and flexible enough to never get in the way when using the mouse while it’s charging. The presence of an extension cord for the receiver also allows you to bring it closer to the mouse if necessary.

On top of that, charging is reliable and fast, so it’s hard to find fault here. 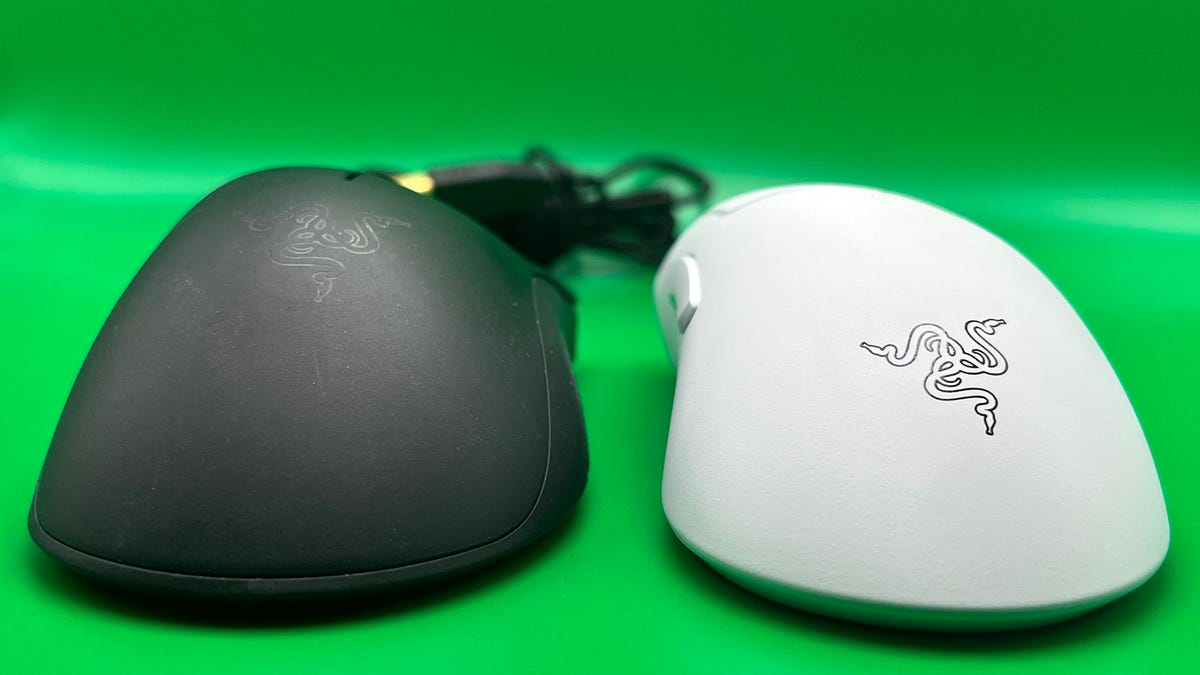 The legs under the mouse are some of the best Razer has ever made. After a few hours of break-in, they are smooth and uniform and provide perfect glide over both fabrics and hard surfaces. 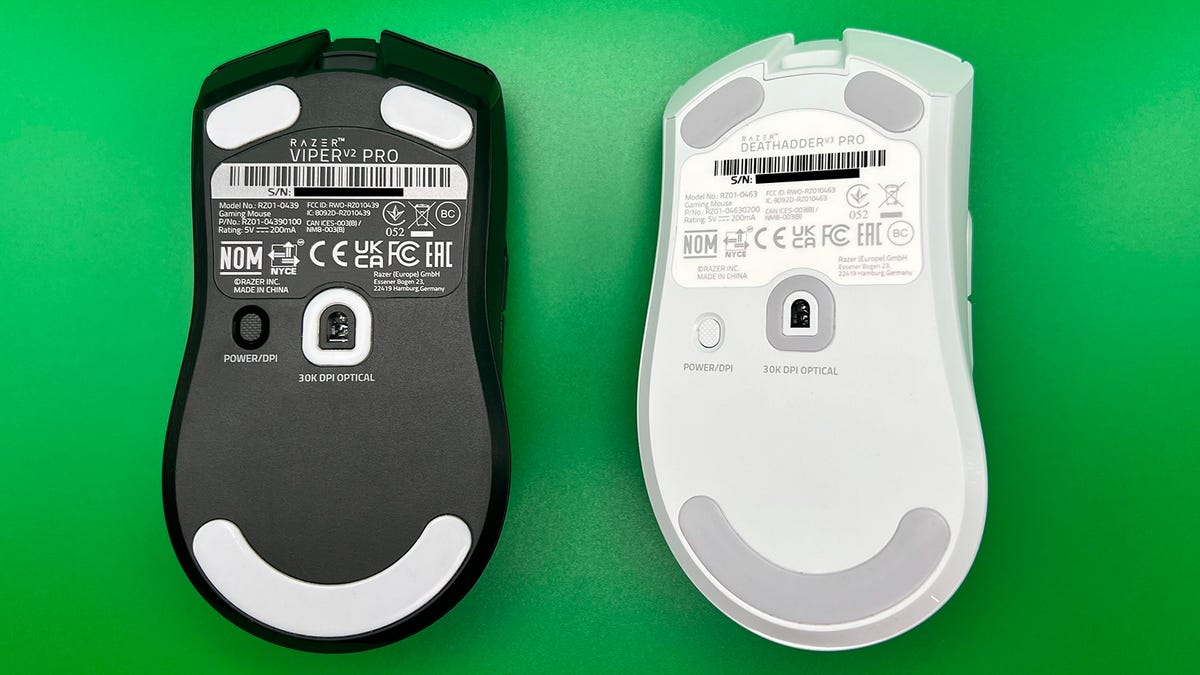 I generally prefer symmetrical mice, the more ergonomic ones feel slower and less responsive to me. But while the DeathAdder V3 Pro is larger than the Pulsar V2 Mini, its ergonomics make it very easy to use. This is partly because the design is still heavily inspired by symmetrical mice.

Despite being a full size mouse, the DeathAdder V3 Pro has never felt heavy or inaccurate. This new design is clearly intended to make the mouse more accessible to the general public. 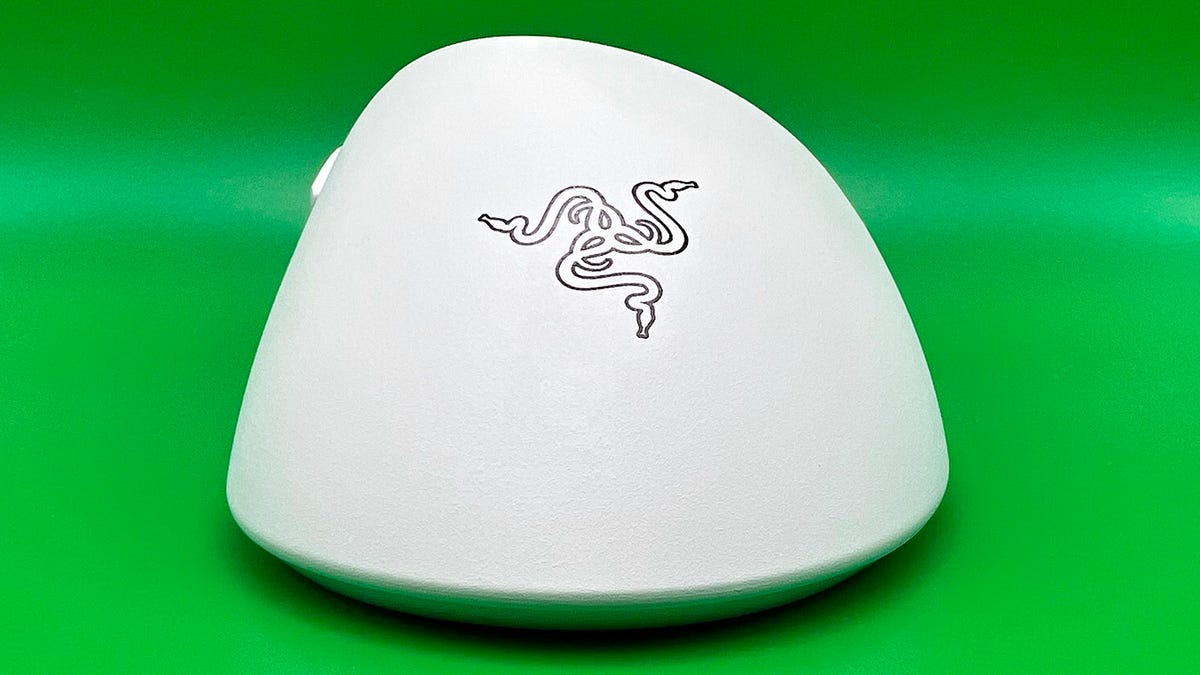 The mini version of this mouse will likely work for many people as well, but during my testing, my (normally sized) hands never had a problem handling the accessory. 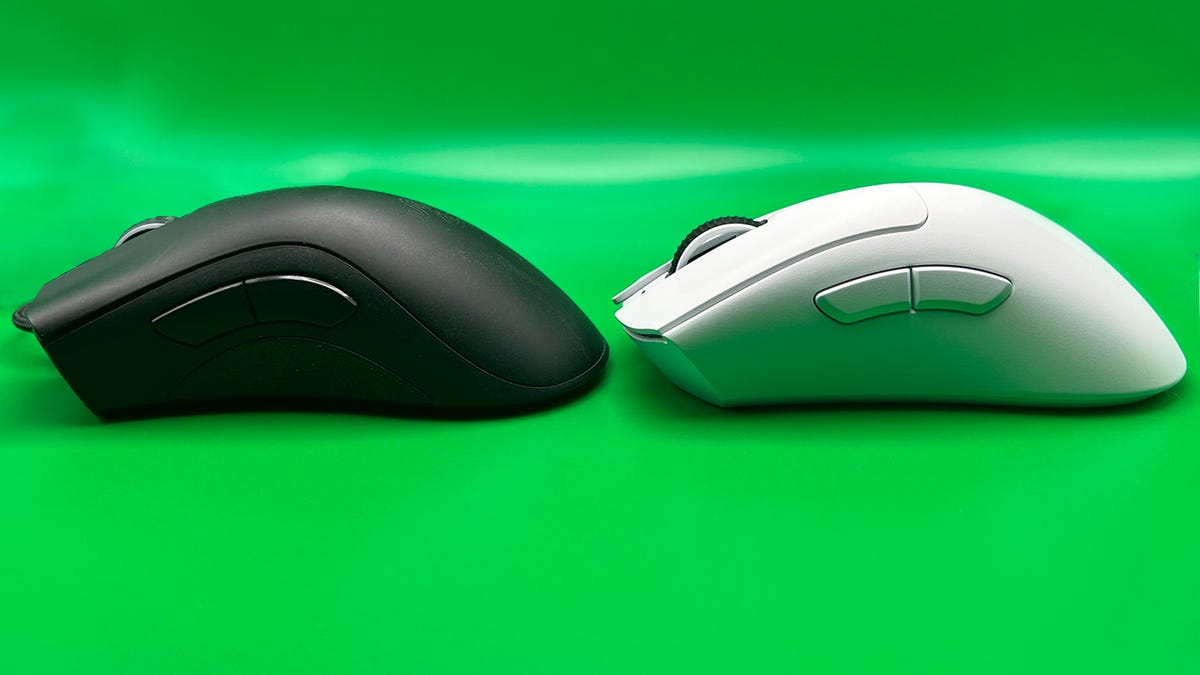 Ultimately, millions of current DeathAdder users (and billions of other potential users) will have to decide if Razer took the right risk.

Probably few users will find anything to complain about this mouse. Razer considered its accessory quite consensual, some may not like the new design, but after that it is impossible to please everyone.

Against all odds, Razer has a top-notch performance product that should satisfy even esports pros. In addition, the design is successful, and the accessory is surprisingly light. Mouse preferences are very subjective, but if you’re willing to give it a try, you’ll end up with what I consider to be one of the best mice available today.