Thousands of dissatisfied people chose to leave negative ratings for the series until Prime Video responded.

The old adage “you can’t please everyone” is particularly well suited to cult works. Our digital age, where everyone can anonymously voice their opinions online, encourages the most irritated to express their dissatisfaction en masse. Named “trolls” after Tolkien’s mythical creatures that live in caves and are sensitive to daylight, these angry people like to vent their hatred collectively and in an organized manner. The Rings of Power, the prequel to The Lord of the Rings, was no exception after the high-profile debut on the air of the first episode last Friday. Doubtful: Alleged stretches of source material conceived by J. R. R. Tolkien, in particular with the presence of black actors at the casting.

Sir Lenny Henry plays the role of Zadok Burrows, Harfoot, the ancestor of the Hobbits. These people are described by Tolkien as having darker skin.©Prime Video

Among the many speakers on social networks, bloodcool noted diametrically opposed celebrity speeches. First, the case of businessman Elon Musk, as laconic as it is lapidary, in the space of a few angry tweets about his vision of a new saga. Conversely, British screenwriter Neil Gaiman (Sandman, American Gods, Never), armed with a deep knowledge of Middle-earth from an early age, drew many important conclusions when creating Prime Video. And casually insisted on the apparent freedom offered in the world of fiction. Yes, sometimes you have to break down doors with trolls…

It’s impossible for Prime Video to make a difference on the reference site for press and public reviews, Rottentomatoes. The gap between the opinions of the press and the public becomes ridiculous: 84% of positive opinions among journalists and only 39% among viewers. Regular reviews-bombing. But on its own platform, the broadcaster decided to suspend viewing of the episode for 72 hours. This gap of time will perhaps allow the less dumb to realize that this first episode sets its own universe at its own pace with its own choices. And that in a Second Age, less documented by its author than the period in which the Lord of the Rings trilogy took place, compromises are not unacceptable. 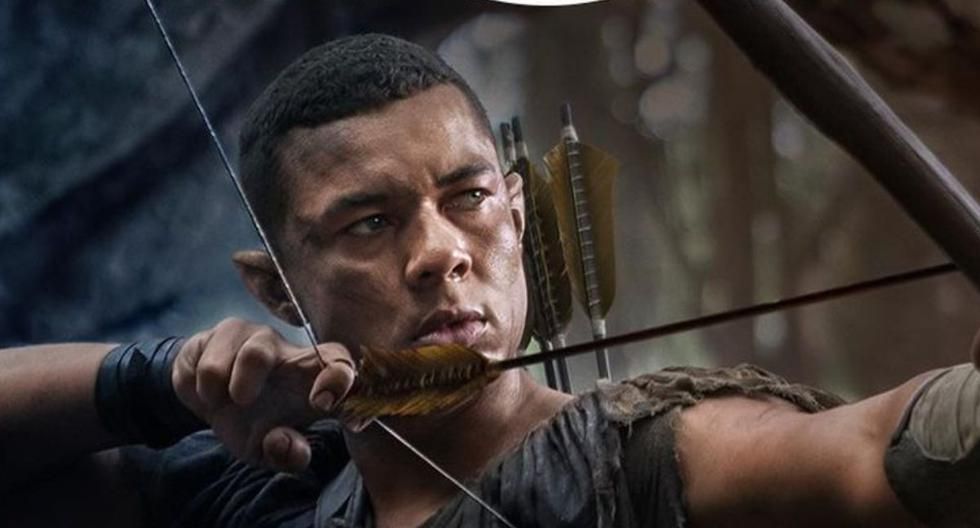 Arondir, an elf created for the series and played by Puerto Rican actor Ismael Cruz Córdoba, didn’t make as much of a splash as some of his co-stars.©Prime Video