Thus, around 1.18 million people suffered from hunger last year in Zambia. In May, the World Food Program sounded the alarm. Repeated droughts and locust invasions, linked to climate change, are damaging crops. But only 512 articles reported on the tragedy. At the same time, “Ben Affleck and Jennifer Lopez’s reunion resulted in 91,979 articles online, that’s 180 times more,” Care said in a statement.

Another comparison: In total, these ten low-profile crises generated 19,146 articles. That’s 12 times fewer than the 239,422 articles devoted to spaceflight by Jeff Bezos and Elon Musk. And 85 times more than the 1.6 million articles dedicated to remote work in 2021. Note that the selected crises are not small crises. All claimed more than 1 million victims, in Malawi, Ukraine, Central African Republic, Burundi, Honduras, etc.

Climate change can ‘trigger the crisis’ or ‘aggravate it’

7 out of 10 are related to climate change. The latter is increasingly a source of humanitarian crises. “This is a trend that we already saw in the two previous reports,” says Fanny Petitbon, director of advocacy at Care France. It can trigger the crisis or make it worse. The cases detailed in the report illustrate both situations.

In Malawi, famine persists due to “extreme weather events such as droughts, floods and landslides [qui] will continue to rise in the coming years,” the report says. “And there are cascading effects,” adds Fanny Petitbon. Girls are married off before they turn 18 because families can no longer feed them. We also see the increase in school dropouts. Girls and women, as in most other crises, are the first to be affected. As many phenomena as only 832 articles have described in the five languages ​​studied. 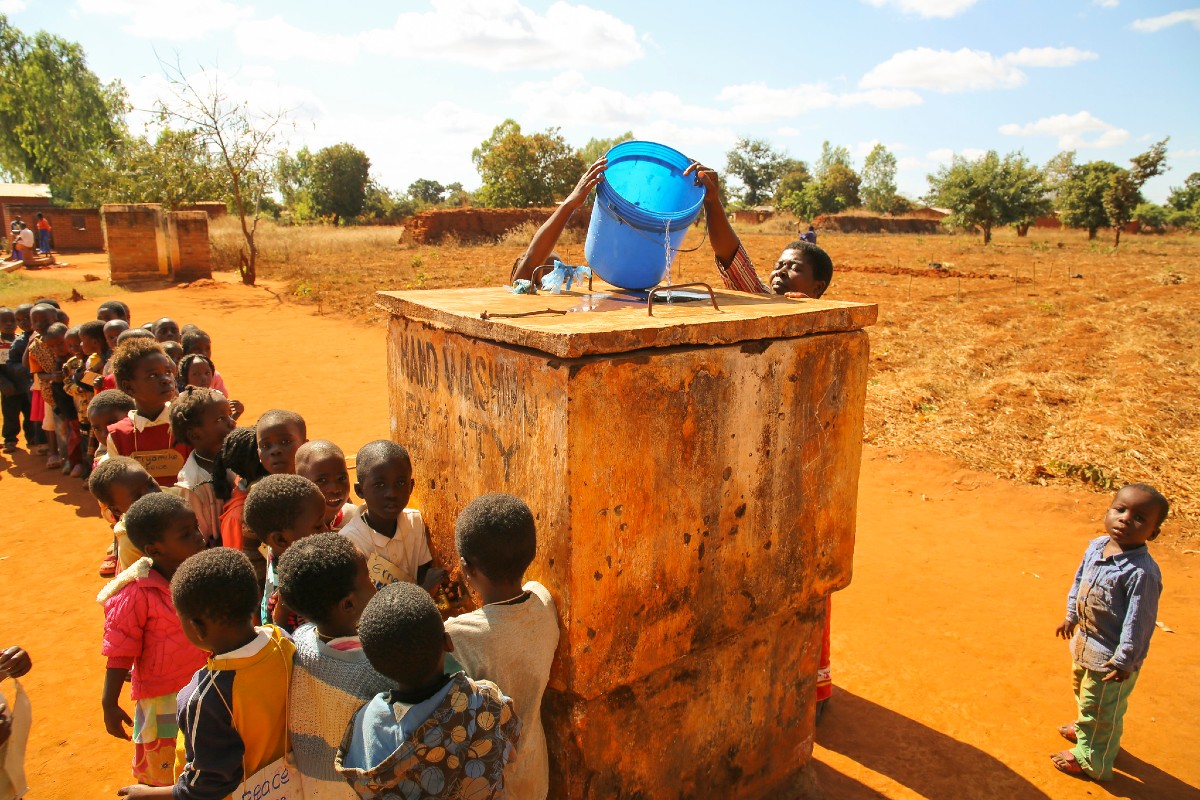 Volunteers fill a cistern to wash their hands in Malawi in 2018. Flickr/DC FOR–NORTH CAROLINA–NORTH DAKOTA 2.0/IFPRI

In Guatemala, climate change has been more of a “crisis factor”, explains Fanny Petitbon. The country must welcome migrants from the south of the continent, facing an extreme climate of violence and poverty. 40% of the population is indigenous and among them, 79% are in a state of poverty, the report tells us. But it is also “one of the ten countries most vulnerable to climate change,” the document stresses. “The very regular droughts mean they have to buy imported food. It is so much money that it does not go to the health or to the schooling of the children”, continues Fanny Petitbon. 38% of the population is already or will soon be food insecure, according to the Famine Alert Network, in which Care participates.

“The more visible a crisis is, the more we can have the attention of those in power”

Why is the media so uninterested in these dramatic crises? Fanny Petitbon assumes that the media’s attraction to the spectacular has something to do with it: “Repeated droughts, locust invasions, are slow, long-term phenomena that settle insidiously. What causes the crisis is that people are struggling to get back on their feet from one year to the next. That speaks less than a hurricane that is going to cause a certain number of deaths, all at the same time, and whose images are going to hit. »

However, the consequences of this media oversight are very concrete. For’NGOand the people it helps. This is precisely the subject of this report. “We want to show that it is important to make humanitarian crises visible,” explains Fanny Petitbon. The more visible a crisis is, the more we can grab the attention of those in power, the donors, make appeals to the general public. And therefore the most humanitarian aid has the means to act. 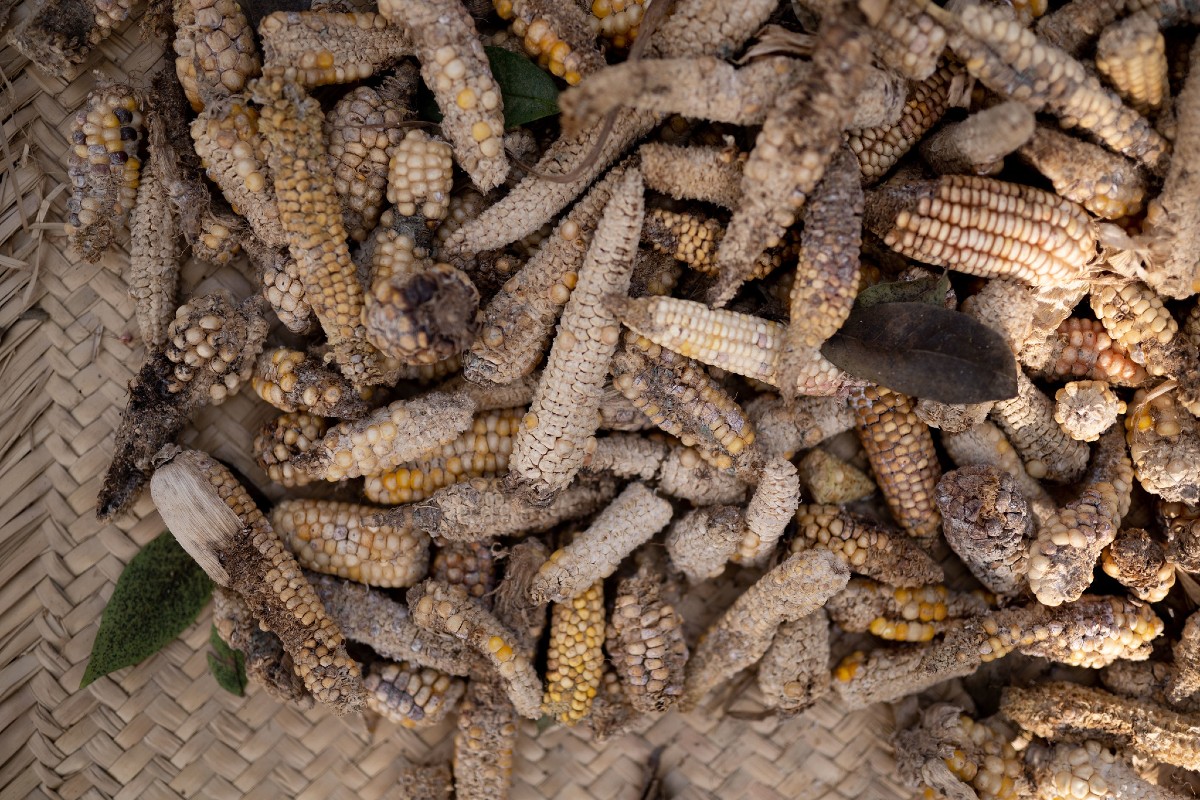 Corn dried up after years of little rain, in Guatemala, here in 2019. Flickr/DC FOR–NORTH CAROLINA–NORTH DAKOTA 2.0/I Civil Protection and Humanitarian Aid

And it is necessary. “The number of people in need of help has never been higher,” Martin Griffiths, Under-Secretary-General of the United Nations, said last December.HE-SHE-IT) in charge of humanitarian affairs. 280 million people will need it in 2022, that is, 17% more than in 2021. “However, it was already a record year,” adds Fanny Petitbon. Among the causes, climate change stands out (along with conflicts and the Covid-19 pandemic).

Care appeals, therefore, to our “collective responsibility”. L’NGO I wish readers and the media would pay more attention to these distant but terrible crises. Another responsibility to remember is that of the northern countries in climate change. Which is hard for them to accept. “They committed in Copenhagen in 2009 to mobilize 100 billion by 2020 to help the least developed countries. In the best case, they will arrive there in 2023. But with each passing year, much is lost for the victims of climate change, laments Fanny Petitbon. In addition, there is a demand to offset the irreversible impacts of climate change. But the United States, the European Union and Australia are systematically blocking. »

At Reporterre, do we talk to you about these crises?

After reading the report, we investigated whether we had published any articles related to the seven countries experiencing humanitarian crises related to climate change. Although attentive to climate problems, Reporterre still has progress to make:

Subscribe in less than a minute to receive a selection of articles published by Reporterre for free by email, either daily or weekly.

Why some disasters bother us more than others