Introduced in 2015, it took more than five years for eSIM or virtual SIM card technology to really reach the general public. Apple first implemented it on its Apple Watch Series 3 in 2017, followed by Samsung on its Galaxy Watch a few months later. The choice of this technology is then obvious: the dematerialization of the SIM card in a component soldered to the motherboard is an obvious advantage in terms of design in these small connected objects. The other big advantage is for the user: when you subscribe to a new mobile subscription, you no longer have to wait for your new operator to send you a SIM card. You can activate your subscription in a few clicks.

This is the reason why smartphones have started to offer this technology. Apple introduced it in 2018 on the iPhone XR. Today, the iPhone 13 can support up to two eSIMs or two mobile subscriptions without the need for a physical SIM card. Compared to Apple, twenty Android smartphones are compatible with eSIM, mainly high-end models from Samsung, Oppo and Huawei, as well as Pixels from Google. It should be noted that no Xiaomi model today offers eSIM support. According to the research firm Strategy Analytics, 225 million smartphones in service are already supported by the end of 2020, and this number is expected to grow by + 40% in 2021, not counting laptops, smart watches and other connected objects. eSIM compliant. 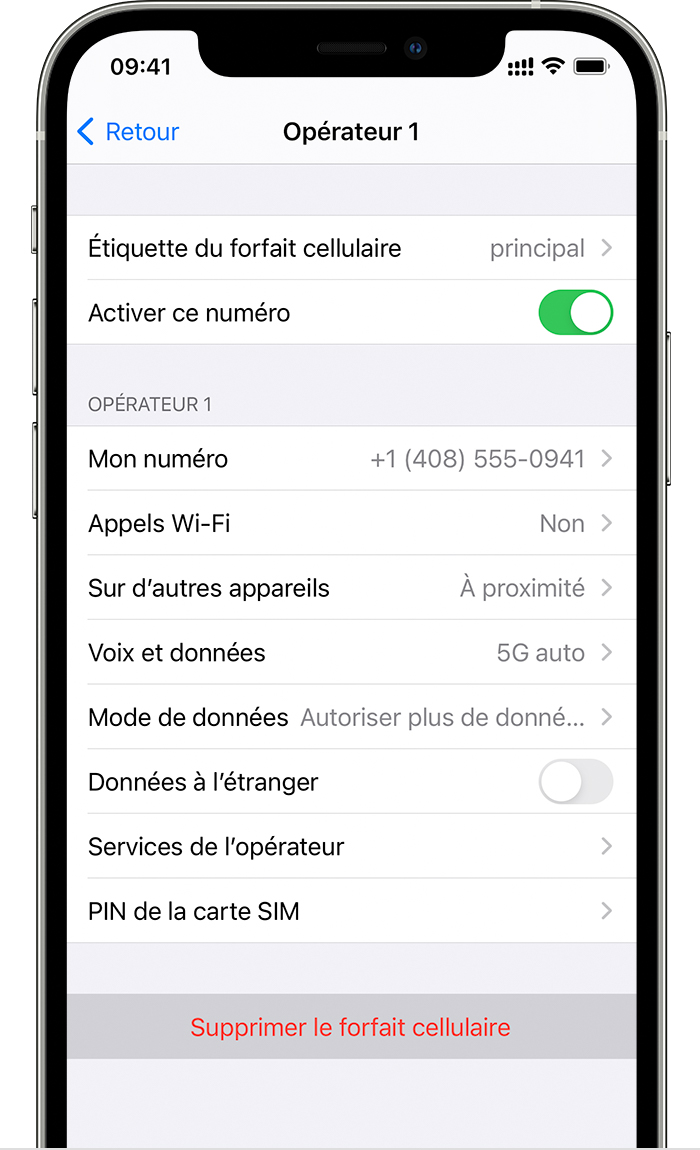 With the Apple Watch Series 3 and iPhone XR through the 13th, Apple showed the voice by implementing the first eSIM. Android manufacturers have followed suit and the death of the traditional SIM card now seems inevitable in the medium term.

The lack of electronic components that hits SIM card providers, but also the ecological concern of not seeing these cards systematically discarded with each plan change, could well drive the adoption of these virtual cards a little more.

While the technology is attractive in many ways for users and manufacturers of connected equipment, it is much less so for mobile operators. The eSIM blocks the physical link that connects them to their subscribers, and the spectrum of being able to activate / deactivate a line in a few clicks presents a certain risk of higher abandonment and lower income for them. Therefore, it is with a train of senators that the operators announced their support for eSIM, Orange and Sosh in 2019, SFR since January 2020, Bouygues Telecom in June 2020 and Free Mobile in late 2020. …

Subscribing in a few clicks to an Internet package abroad allows you to reduce roaming costs by more than 90%, without removing your main SIM card.

“The approach shows all your interest, with its instant connectivity, which allows you to subscribe to a package in a few clicks from your smartphone, as is the case with the iPhone 13 and iOS 15. For travelers, the eSIM is the ideal solution . to avoid roaming costs (roaming), a concrete example thanks to our application “My eSIM”. In Japan, Orange charges the MB at 13.31 euros where MySIM offers 6 GB with its My eSIM application for 9.99 euros. “

For companies, eSIM will greatly simplify the logistics of a change of operator: “In the professional world, smartphone fleets require the company or its service provider to configure and configure security and business applications, which is expensive and it takes a lot of time ”, emphasizes Christophe Seillier, telecommunications consultant at l entreprise-connectee.fr. “The eSIM will facilitate the commissioning of equipment. It is not uncommon for customers to lose, confuse, or damage their physical SIM card. “The change of operator should be facilitated by this dematerialization of the SIM card and individuals and companies should put their operator in competition much more easily than in the past, the change being much less restrictive when it comes to a large fleet of mobiles.

The eSIM allows you to link multiple connected objects with a single number. From there, we can expand equipment interconnections. Operators offering multiple networks have an advantage in meeting the need for better mobile coverage.

The virtual SIM card also supports new nomadic and teleworking uses, as the consulting firm explains: “eSIM allows operators to associate two numbers with the same terminal that only has a physical SIM card slot. This allows you to set your business number and your personal number. The two lines can also have different uses: mobile data + SMS or voice calls, multiple connectivity as necessary ”.

Another market where eSIM will clearly be a game changer is M2M, machine to machine. There are already players that offer multi-operator SIM cards: the company that wants to deploy connected objects will be able to choose the operator whose network coverage or rates best suit their deployment. Likewise, the imminent arrival of eSIM technology to 4G / 5G routers will simplify the deployment of Internet infrastructures in point of sale or agency networks. “ESIM allows you to switch radio operators in real time in the event of a network failure,” argues Arnaud Lecœur, CEO of Airmob, a multi-network service operator. “For a 4G / 5G box, this allows us to offer high service availability and the best possible speeds. “

The ROI is so important that it even allows you to integrate the change of the smartphone to an eSIM compatible model. For M2M, eSIM allows to change the contract from one operator to another avoiding all the logistics.

“In this configuration, the main interest of the eSIM is to be able to activate a service in real time. Sending a physical SIM card requires handling and takes a day, or even two or three days if shipped by courier. AIRMOB has based its offers on very quick responses. The eSIM will allow us, for example, to activate a backup link in less than two hours if the customer already has a 4G / 5G router. »The operator’s infrastructure allows the user to keep his number, even if his SIM changes. With the eSIM you can change radio networks depending on the coverage, keeping your number.

The operator expects the arrival of the first 4G / 5G routers compatible with eSIM in 2022.