It’s not easy being an old video game fanatic. Some projects are secretly in development for many years before being gloriously revealed at an event like E3. Others are abandoned along the way, and we only know of their existence, as well as their abortion, much later, such as Stars Wars 1313, the Silent Hills reboot, Batman: The Dark Knight, or Starcraft: Ghost, and there are many. more we haven’t heard of yet. Along the same lines, some licenses enjoy immense popularity, and their gameplay and/or ending seem to demand a sequel, but for the moment they have not been entitled to it, even after long years of expectation. The reasons are often confusing at best, and it’s hard to pin down the exact reasons, though nothing stops us from trying. Here’s our pick of some of the most notable games in this space, hoping to knock them off this list soon (we can always dream).

A new year is coming and with it comes its share of new games. Here is a selection of what our various editors are most looking forward to and you will see, once again, that there is something for everyone.

If there is a sequel that has been expected and requested for years, and that was probably in development, but never came out, it is Half Life 3. We do not present it anymore, it is the top figure in this field. It must be said that Valve has a reputation for embarking on ambitious projects before canceling them if they don’t measure up to their criteria. Very few developers dare to do this, and if on the one hand it deserves praise, on the other it is quite frustrating for fans. Technically, even Half Life 2 isn’t quite finished, as Valve hasn’t released all of the DLC episodes that follow the end of the main story. We’ll have to wait for someone at Valve to come up with an innovative concept for the sequel, or for new technologies to provide that opportunity. For the moment we have to settle for the excellent Half Life: Alyx, which has indeed turned out to be a small revolution in the world of virtual reality.

Rockstar is well known for GTA and Red Dead Redemption, but another of its lesser-known titles has had its share of die-hard fans since its release in 2008: Bully. You could roughly describe it as GTA in a school context, though that wouldn’t do it justice. We play a brat boarding school in the worst school in the country, and he has to switch between classes, fight with the local scum, kiss half the girls in the school, and complete missions to advance the story. We are very curious to see what elements of Bully will be present in Harry Potter Hogwarts Legacy, as the recipe was really good, although it still got a bit dated. Red Dead Redemption has already concluded its story and GTA 6 seems like a prisoner of development hell, the context seems appropriate for a new Bully, or a new version of the first one in a pinch. However, it is possible that the current context discourages this project, not everyone has the courage to be politically incorrect after all, with sensitive issues such as harassment, discrimination, etc.

Dating back to 2012, Dragon’s Dogma is Capcom’s attempt to address various mainstays of video games. This western-inspired RPG features a vast open world inspired by Oblivion. The fights mix Devil May Cry and Dark Souls, but also Monster Hunter with giant opponents and their weapon techniques. Shadow of The Colossus was also a source of inspiration, as you can scale some of these gigantic monsters to deal a special attack to a sensitive spot. The game featured customizable companions, pawns, a system to change classes as needed, and customizable spells. The Dark Arise expansion enriched the game in 2013. And like some of its sources of inspiration, Dragon’s Dogma ends rather mysteriously, with an ending that leaves many questions unanswered and clearly opens the door for a sequel. There are rumors that Capcom is working on Dragon’s Dogma 2, but nothing concrete yet. All fans could taste was a bad animated series on Netflix in 2020, but Dragon’s Dogma deserved better than that.

Bloodborne is the favorite game of many From Software players, as well as simply the favorite game of a good part of them. Removing the armor system and magic from the Dark Souls recipe to offer more dynamic weapon combat was a great idea. But to the excellence of the gameplay comes an incredible gothic atmosphere, with Lovecraftian horrors and the madness that accompanies them, not forgetting a tortured story and memorable music, as always. As well as being difficult, the game also offered immense challenges and a lot of replayability with chalice dungeons, which unfortunately have yet to be found in another game from the studio. It’s a surprise that Elden Ring may have in store for us, who knows? In any case, Bloodborne is a touchy subject, as released exclusively on PS4, relatively early in the console’s life cycle, the game could be a bit prettier, and above all a lot more fluid, as it’s limited to 30 players. frames per second, even on PS5. The Next-Gen patch that many titles were entitled to never made it to Bloodborne. Many rumors, sometimes contradictory, are related to the game, some speak of a PC port accompanied by a remaster. Others from a remake on PS5 by Bluepoint Games (which made the one for Demon’s Souls) and which would also develop Bloodborne 2 independently of From Software. For several years an announcement from Sony on this subject has been expected during each new event, in vain. Unfortunately, we don’t know what’s really going on. However, it’s certain that we really want to replay the original with a fresh coat of paint, and that a sequel would also be welcome, the game’s two endings were also intriguing, it’s a trend here. With the release of Elden Ring fast approaching, this may be From Software’s next big project.

Few Nintendo series have been so neglected. The manufacturer values ​​its licenses more than anything, and yet F-Zero has only given signs of life through more or less compatible winks in other apps. The latest snub was still this activity of the presentation software included with WiiU, the famous Nintendo Land. Inside, a moldy minigame using F-Zero’s visual codes. The last episode, and what an episode, is GX on the Gamecube, a pure nuclear bomb dropped by SEGA. Between mind-blowing speed, beautiful graphics, and a formidable and exciting single-player mode, playing it today brings both pleasure and misunderstanding of the series’ long hibernation.

A succulent mix of survival-horror and turn-based RPG, Parasite Eve’s gameplay laid the foundation for the systems that would later give birth to another cult PlayStation game, Vagrant Story, thanks to its active hiatus. With one last opus being split on PSP, History will surely prefer to stick with just the first 2 games. The former never had the honors of a European release in its original medium, unlike its sequel, which was slightly inferior in terms of atmosphere. Like Onimusha, Parasite Eve allowed you to move through sumptuous pre-calculated settings, with an eerie atmosphere at best. Squaresoft from the heyday, which we would like to see again at its best (even a remake of the 1 we took, it’s not difficult).

Yes, it’s outdated, but we want to believe it. The Onimusha saga, a cult cult on PS2, was entitled to two remasters not long ago. But after a puzzling and satisfying Dawn of Dreams released in 2006, what we want is a completely new episode, even if that means giving it a neo-retro patina so as not to alter the formula in large widths. Because Onimusha is a 3D action game with sublime pre-calculated plans a la Resident Evil. You can still cast Quadrilogy today and get sucked into its effectiveness. In addition, we will further recommend the third episode starring Jean Reno and his final zone in the heart of Mont Saint-Michel. Oh, and then his intro scene is up there with the best ever, if you ask us.

Cult diptych of the Gameboy Advance, Golden Sun is a JRPG license that rocked an entire generation of gamers. He was entitled to a third episode on Nintendo DS, but quite far from the quality of his illustrious ancestors. Still, GS is a strong IP that has been let to sleep by Big N for far too long for our liking. His little voxel characters certainly wouldn’t have the same impact in our time, but with a Switch that’s more on the rise than ever, the hope of seeing Isaac and the Djinn again is permissible.

We are sorry for the poor fans of the Silent Hill saga, they have seen all the colors in recent years: after the excellent playable PT teaser, then the cancellation of Silent Hills, the soap opera Blue Box Games Studio and the famous Abandoned added fuel again for the fire last year. The last time SH appeared with a substantial, previously unreleased episode was in 2012, with Downpour. A lukewarmly received work, to say the least, but one that still allowed you to immerse yourself in this terrifying universe that has thrilled many gamers over the years. Silent Hill 2 remains one of the best survival horrors out there and we hope that one day, perhaps, Konami will let a well-motivated studio take care of giving it a spiritual successor.

The good-hearted thieving raccoon hasn’t had a chance to pull off the slightest bit of theft since 2013, when the Thieves Through Time episode was released on PS3. License for 3D platform games attached to the Playstation team since its inception, such as the lombax and his robot friend, Sly the thief manages to take off from the fray of other pet titles thanks to the quality of its cast and its universe, in short not so exploited in video games. With a new Ratchet from Insomniac recently, we’re secretly hoping that the iconic figure of the Cooper clan will finally let his celshading hang out on PS5. 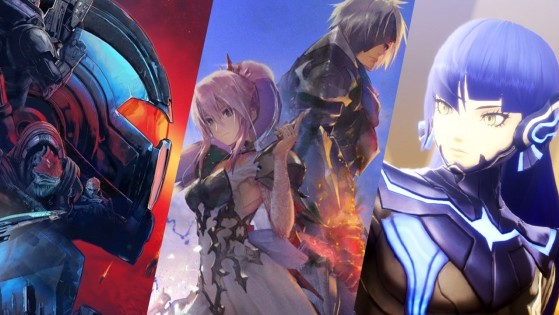 Discover our pick of the 5 RPGs we think made 2021. We were able to hunt down and capture the demon, take control of Normandy, and even ride giant dragons this year.