Game News Titanfall 2: Popular FPS again thanks to a mod?

With a strong community when it launched, it was later revived with the surprise arrival of Apex Legends. However, many security holes and the presence of many cheaters subsequently bored the players. But currently there seems to be a resurgence of interest around the title Respawn.

A few days ago, Respawn announced that it was withdrawing the first Titanfall from sale to focus on Titanfall 2, Apex Legends, and other projects potentially in the works. Several months ago, the community was raising their voices to say that due to the attacks and cheating, the title had simply become unplayable. The anger had even been so great that the hackers decided to attack Apex Legends to convey a message of protest.

Respawn had communicated at the time, stating that some people were working to fix this problem, but there were too few. Attacks and traps have affected Titanfall 2 to a lesser extent, without leading to the same situation as its predecessor. The title was no longer played by a few hundred players, but it has seen a fairly significant increase in the number of players since December 24. The latter were, in the middle of the day on December 25, about 6,500 to face each other on the ground or in the cockpit of their mecha. 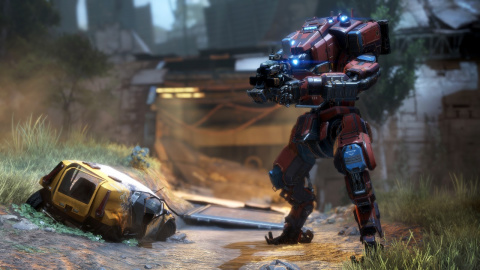 A significant increase, which is due to the merit of the recent release of a mod called Northstar. Developed by gamers, it simply allows matches to be started on private servers, thereby mitigating the risk of cheaters or hackers arriving. Thus, without the studio having to fill in the gaps, players can potentially play more serenely. The mod is even more flexible as it allows you to add created scripts and content. Loaded on a page GitHub freely accessible, the mod has already been updated several times and is currently in its version 1.2.2. It remains to be seen if this increase in the number of players will last over time. Titanfall 2 can currently be purchased for € 4.79 on Steam.

This page contains affiliate links to some products that JV has selected for you. Each purchase you make by clicking one of these links will cost you no more, but the e-merchant will pay us a commission.
More information.