Washington (AFP) – It is a scene worthy of Hollywood but real. NASA prepares to launch an unprecedented mission on Tuesday night to Wednesday: by projecting a spacecraft at 15,000 mph against an asteroid, it hopes to change its trajectory and thus help humanity protect itself from an asteroid. future.

This test “will be historic,” Tom Statler, a NASA scientist involved in this mission, told a news conference. “For the first time, humanity will change the motion of a natural celestial body in space.”

This is just a dress rehearsal, the target asteroid does not pose a threat to Earth. But the US space agency takes the goal very seriously.

It currently lists just over 27,500 asteroids of all sizes near Earth, and “none of them pose a threat in the next 100 years,” said Thomas Zurbuchen, NASA’s director of science missions.

But experts estimate that they only know about 40% of asteroids measuring 140 meters or more, and most have yet to be discovered. Therefore, the idea is to develop a technique to protect against it in the event of a future threat.

The mission, called DART (dart, in English), will take off from the Vandenberg base in California aboard a SpaceX Falcon 9 rocket, at 10:21 pm local time on Tuesday (6:21 am GMT on Wednesday).

The ship is smaller than a car, flanked by two long solar panels. It is expected that next fall, in about ten months, it will hit an asteroid the size of a football field (about 160 meters in diameter), which will then be located eleven million kilometers from Earth.

The asteroid is called Dimorphos and it is in fact a moon, orbiting a larger asteroid, called Didymos (780 meters in diameter).

To circle the large asteroid, Dimorphos currently takes 11 hours and 55 minutes. Scientists hope to reduce its orbit by about 10 minutes.

“It’s a very small change, but it could be all we need to deflect an asteroid colliding with Earth, if necessary, provided we discover this asteroid early enough,” explained Tom Statler.

The exact effect that the impact will have is not known at the moment because it depends in particular on the composition of the asteroid.

It is this precise change in trajectory, which will later be measured with telescopes on Earth, that scientists want to determine. The results will be used in the calculations to help determine, in the future, how much mass must be projected against a given type of asteroid to cause sufficient deflection.

Is Dimorphos made of solid or more porous rocks? Scientists do not know, and the asteroid will not appear in the images transmitted by the spacecraft until just an hour before the collision. Its shape, round or oblong, will only clear up 2 minutes before.

Then the explosion and radio silence.

The following images will come from a small satellite developed by the Italian Space Agency. It will be launched by the main ship ten days before impact and will use its propulsion system to slightly deviate its own path.

Three minutes after the collision, it will fly over Dimorphos, to observe the effect of the collision and, hopefully, the crater on the surface.

The orbit of the large asteroid Didymos around the Sun could also be slightly modified, due to the gravitational relationship with its moon. But so little that the change cannot be measured. Therefore, there is no chance that the asteroid will set itself on a potentially dangerous new path for the blue planet. 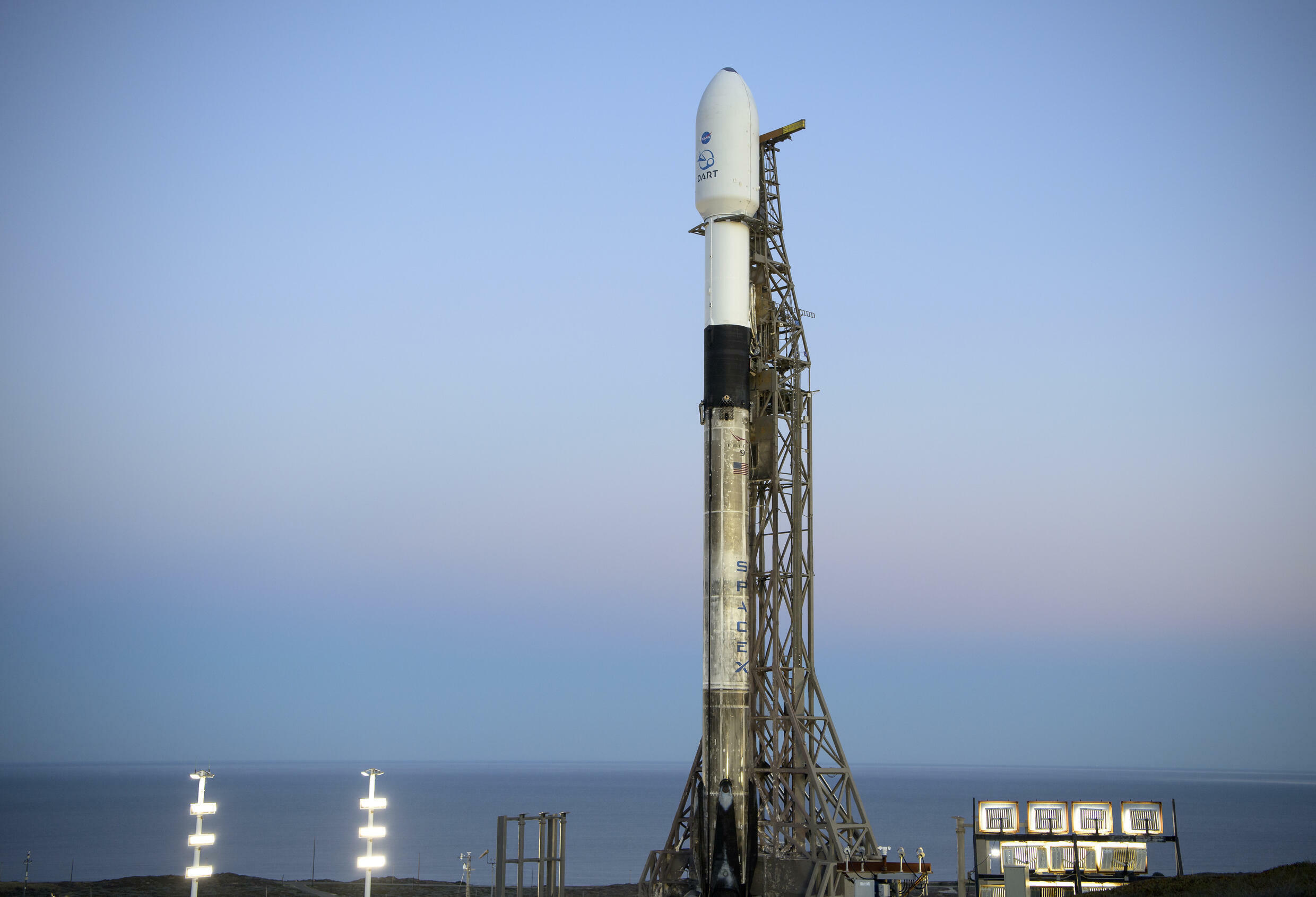 SpaceX’s Falcon 9 rocket, before takeoff of the DART mission to change the trajectory of an asteroid, November 23, 2021 Bill INGALLS NASA / AFP

The total cost of the mission, the first interplanetary mission launched by Elon Musk’s company for NASA, is $ 330 million.

Other techniques are being considered to deflect an asteroid. For example, carrying out a nuclear explosion near one of them, not to destroy it but to deflect its trajectory by rebound. The gravitational force of a spacecraft that flies close to an asteroid for a long time could also be used.

But the technique tested here, known as kinetic impact, is by far the most mature. As long as it is demonstrated during this test.

Why do gastropod shells have this shape? – Sciences and future

PODCAST. Robot, artificial intelligence … Guided tour of the farm of the future

VIDEO. Tesla’s new Cyberquad quad for kids is already out of stock

Now we know where the smell of cannabis comes from: the science and the future

Watch the moon shine near Venus tonight on its way to Saturn and Jupiter.

Why do gastropod shells have this shape? – Sciences and future

PODCAST. Robot, artificial intelligence … Guided tour of the farm of the future

VIDEO. Tesla’s new Cyberquad quad for kids is already out of stock

Now we know where the smell of cannabis comes from: the science and the future

Watch the moon shine near Venus tonight on its way to Saturn and Jupiter.