In early July, Elon Musk announced that he was unilaterally withdrawing from the takeover agreement he signed with Twitter in April. The social network filed a complaint (AFP/Archives/SAMUEL CORUM)

Twitter shareholders on Tuesday approved an agreement to buy the platform from Elon Musk for $44 billion, an obligation under which the multibillionaire terminated unilaterally, accusing the company of lying.

The vote strengthens the social network’s position a month before the opening of the lawsuit it brought against Mr. Musk to force him to fulfill his obligation.

Twitter called its shareholders to a “special meeting” via video conference, but the context of the vote has changed dramatically since late April, when the group’s board of directors and Elon Musk signed a contract to buy Twitter at $54.20 a share. .

Since then, the Tesla and SpaceX boss has multiplied the accusations against his beloved platform, which he once wanted to make a public space essential to democracy.

On July 8, he announced that he was pulling out of the operation on the grounds that the San Francisco-based company allegedly lied about the proportion of automated and spam accounts among its users.

“Twitter management is cheating elected officials, regulators, and even its own board of directors,” said a cybersecurity expert, better known by his pseudonym Madge.

As the platform’s head of security from his hire at the end of 2020 until his firing last January, he claims to have discovered serious vulnerabilities and says he tried in vain to warn management.

“They don’t know what data they have, where it is, where it comes from, and so obviously they can’t protect it,” Peter Zatko said during his opening remarks to the Legal Committee.

“Employees have too much access (…), it doesn’t matter who has the keys if you don’t have locks on the doors,” he said. 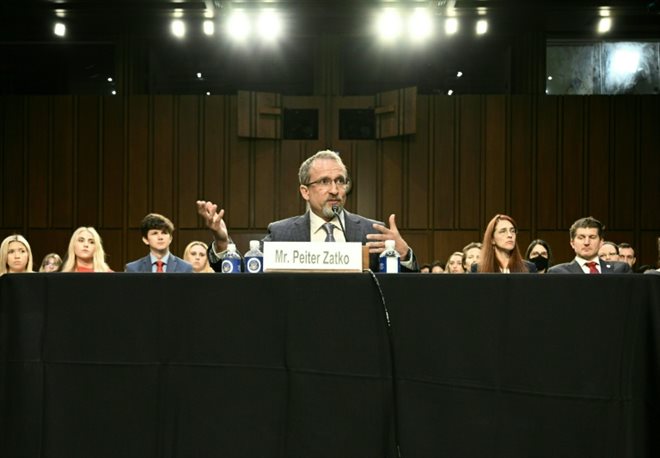 The 51-year-old computer scientist believes the group’s top officials “lack the skills to grasp the magnitude of the problem.”

“Most importantly,” he said, “their leadership bonuses encourage them to put profit over safety.”

At the end of August, the publication in the press of a report that he submitted to the American authorities in early July had the effect of a bombshell.

Twitter has denied the accusations, but they have come in very handy for Elon Musk, who wants to use them to justify his abandonment of the takeover project.

Especially since Peter Zatko explicitly mentions in his report the questions asked by the Tesla boss on automated Twitter accounts.

He mentions “misleading” statements by Parag Agrawal, the network’s boss, and claims that Twitter’s tools are “outdated” and its teams are “overwhelmed” and “inefficient.”

Elon Musk has been pounding for months that the proportion of fake accounts and spam, in his opinion, is well above the 5% estimated by Twitter management.

“I didn’t make my whistleblowers with malicious intent or to hurt Twitter,” Mudge assured senators on Tuesday.

“Given the real harm to users and national security, I decided that it was necessary to take personal and professional risks for me and my family in order to raise the alarm,” he explained.

For his part, Elon Musk tweeted a popcorn-shaped emoji, suggesting he was enjoying the audition.