For the first time in France, deputies are called to pronounce on the fate reserved for the Uyghurs. This Thursday, January 20, the National Assembly must vote on a draft resolution that condemns the “crimes against humanity” committed by China against this predominantly Muslim people.

Supported by the Socialists and Allies group, the text deals with “the recognition and condemnation of the genocidal nature of systematic violence and crimes against humanity.” […] perpetrated by the People’s Republic of China against the Uyghurs”.

It is time to acknowledge and condemn the systemic violence perpetrated against Uyghurs.

Time to stop this #UyghurGenocide

Questioned by Liberation, the rapporteur of the text and elected by the Gironde 4th district, Alain David, asks “the French government to take a clear position”. “We cannot leave people in the camps and suffering. We are talking about crimes against humanity, genocide anyway.”

Insisting on the urgency of the situation, this draft resolution seeks that the French authorities adopt “the necessary measures with the international community and in their foreign policy towards the People’s Republic of China to put an end to these crimes.” The objective is also to commit to “protect Uyghur citizens on French soil”, preserving them from “any intimidation or harassment by” Beijing.

For Alain David, the main difficulty is that “the Elysee and the Ministry of Foreign Affairs do not want to offend the Chinese partner.” Claiming to be “aware of the importance of trade between China and France”, the defenders of the text advocate, however, for a “partnership […] with total transparency”, without being “naive”.

In 2017, Emmanuel Macron did not hesitate to describe the violence inflicted on the Rohingyas in Burma as “ongoing genocide”. But with respect to the Uyghurs, the executive is more cautious. Before the UN Human Rights Council, in February 2021, the Minister of Foreign Affairs, Jean-Yves Le Drian, had also mentioned “unjustifiable practices against the Uyghurs”, victims “of a large-scale institutionalized surveillance and repression system”. scale”. ‘. However, without committing more.

The crimes perpetrated in China against this Muslim minority have been documented for years by NGOs. In London, a “Uyghur Court” was even created in 2020. This citizens’ initiative had come about at the request of Dolkun Isa, the president of the World Uyghur Congress, who had consulted Sir Geoffrey Nice, an expert on human rights. The latter surrounded himself with specialists, researchers, NGO officials and lawyers to carry out his mission.

Last December, after listening to hundreds of testimonies and examining the evidence provided by independent experts and associations, the members of this court of opinion concluded that “the elements of intentional genocide”, as defined by the Convention on the Prevention and Sanction of the Crime of Genocide of the United Nations were “established”.

As evidence they cite the removal of the uterus, abortions and the placement of IUDs imposed by the Chinese state on women from this Muslim minority. So many “birth prevention measures aimed at destroying a significant portion of Xinjiang’s Uyghurs.”

Described as a “political farce” by Beijing, the “Uyghur Court” also held China responsible for “crimes against humanity”, “beyond reasonable doubt”. It denounces “imprisonments, acts of torture, rape, sexual violence, forced sterilizations and other inhumane acts.” Not to mention that, according to human rights organizations, at least a million Uyghurs and members of other Turkic-speaking minorities are imprisoned in camps. China is accused of imposing forced labor there.

The British, Dutch and Canadian parliaments, as well as the US government, have already spoken out on this issue, denouncing with one voice the “crimes against humanity” and the “genocide” perpetrated against the Uyghur people. Belgium, Germany, Lithuania and New Zealand have taken similar steps and the debate has even been taken to the level of the European Parliament. 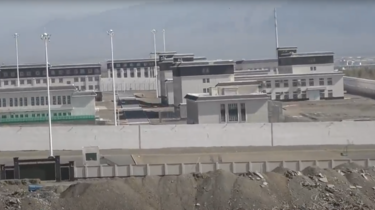 Today, the bearers of this resolution want France to do its part. The LREM deputy, Elisabeth Toutut-Picard, has already indicated that her group will vote for this text, as will Aurélien Taché, for the Ecologie Démocratie Solidarité group. Debates on this issue are not over as a second resolution, also calling for recognition of the Uyghur genocide, is due to be examined on February 4, the opening day of the Beijing Winter Olympics…