Cisco and Amazon are working with Lockheed Martin on a video conferencing solution dedicated to space travel. Collaboration and communication tools like Webex and Alexa could be used for this purpose. The three companies plan to implement Callisto, a technology demonstration, aboard NASA’s Orion spacecraft during its unmanned Artemis I mission around the moon.

Callisto has specific hardware and software integration, developed by engineers from Lockheed Martin, Amazon, and Cisco. Thus, Alexa will work without an internet connection, while Webex will work on a tablet using NASA’s Deep Space Network.

Since Artemis I is an unmanned mission, Callisto’s demonstration also includes a virtual crew that will operate from NASA’s Johnson Space Center in Houston, TX. This will allow operators to interact with Callisto from the mission control center. Callisto will provide access to flight status and telemetry, as well as the ability to control connected devices onboard Orion.

Test how voice and video collaboration technologies can help astronauts

The idea is to test how voice and video collaboration technologies can help astronauts improve their efficiency and situational awareness during their mission. Video and audio of the interactions will be transmitted to Earth during the Artemis I mission so that engineers can analyze the performance of the onboard systems.

“Callisto will demonstrate new technology that could be used in the future to enable astronauts to be more autonomous when exploring deep space,” said Lisa Callahan, vice president and general manager of Lockheed Martin’s Commercial Civil Space division, in a statement. “Callisto is a shining example of how new partnerships can be made with commercial technologies on Orion to benefit future human missions in deep space. “

Callisto’s demo will also give the mission a chance to spark public interest. Those interested in the mission will be able to follow the progress of the mission on devices equipped with Alexa by saying “Alexa, take me to the Moon.” This project marks Webex’s first direct collaboration with the space industry. Amazon, for its part, is considering significant business opportunities in the space. Last year, its cloud division created a new business unit dedicated to the global satellite and aerospace industry.

Artemis I mission is scheduled for March

The Artemis I mission is scheduled for March. This is the first of three missions culminating with NASA’s first woman and first person of color landing on the Moon.

Lockheed Martin designed and built the Orion spacecraft for NASA and is leading the development and integration of Callisto. Callisto takes its name from the favorite companion of the Greek goddess Artemis. 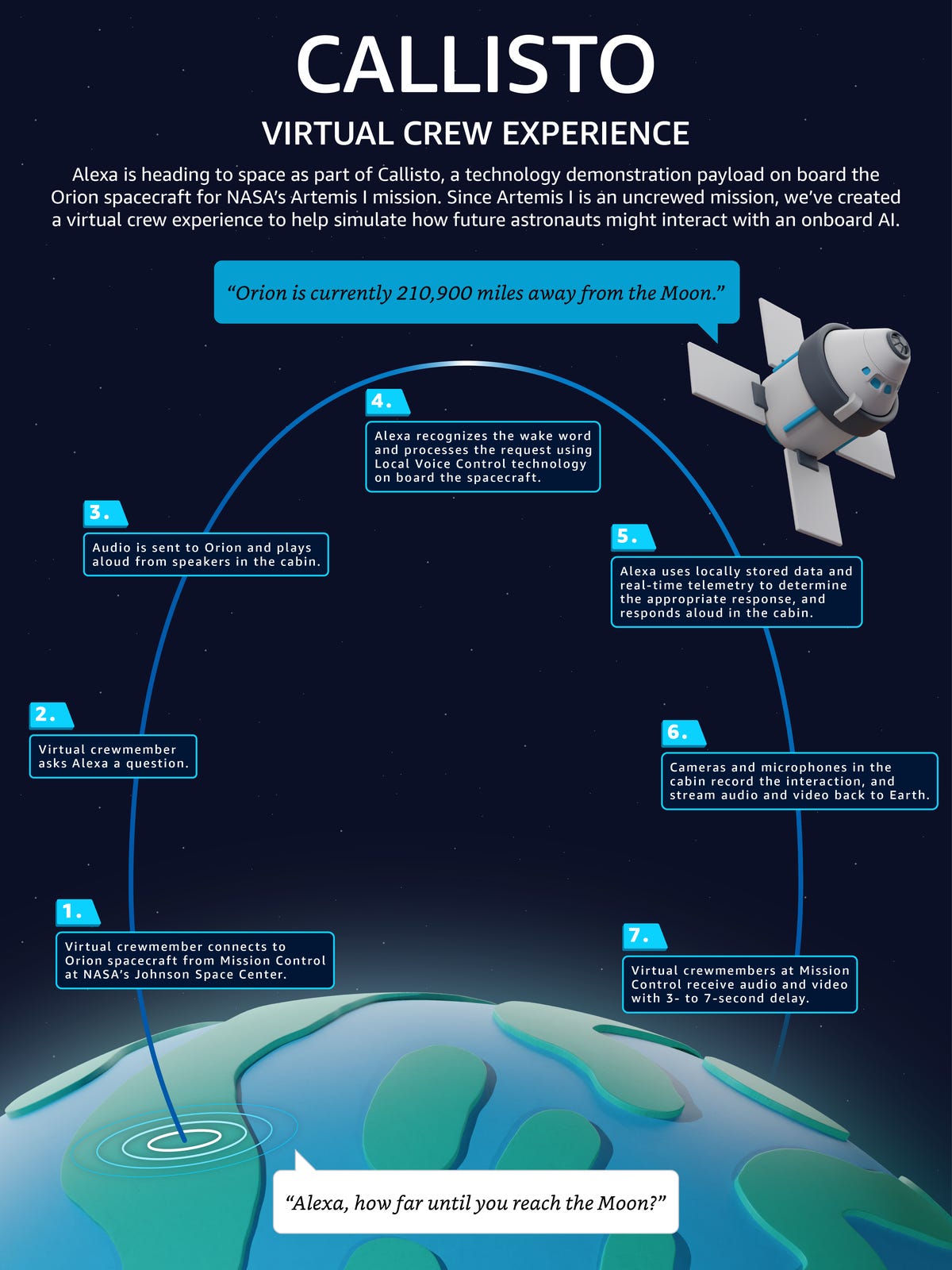