This manga tells the story of Tamekage “Torachiyo” Nagao, lord of Kasugayama, whose identity remains a mystery in Japanese history, doubts lingering that Torachiyo could have been a woman. The time is certainly after Ghost of Tsushima, since it takes place in the sixteenth century, but we find the main themes: the education of young lords in respect of bushido, the feudal organization of Japan, the importance of local lords, their alliances and struggles intestines. (Celine Meneghin)

The story begins in 1529, with the birth of the third child of Nagao Tamekage, lord of Kasugayama Castle. His eldest son not having the makings of a warrior, Tamekage wants to make the latter his heir, but to his dismay, it is a girl who is born. He then decides to raise him as a boy and names him “Torachiyo”. A true tomboy, Torachiyo will grow up in a small mountain castle, without knowing what incredible fate awaits him …

The Stone and the Saber, Eiji Yoshikawa, 1935, translated by Léo Dilé, I have read

This novel relates the initiatory journey of the most famous Japanese swordsman, Miyamoto Musashi, from the founding battle of Sekigahara in 1600, which marks the beginning of the Tokugawa shogunate. The importance of bushido, the code of honor of the samurai, the daily life of the peasants and feudalism are all themes common to Ghost of Tsushima. (Celine Meneghin)

In 17th century Japan, Miyamoto Musashi, a fiery young man, longs only to fight. Wanted throughout the country, he was taken in by a monk and soon had only one goal: to strive for perfection through martial arts. His sword will henceforth be a servant of good. He will go from fighting to conquest in search of love and wisdom, supported by the song of his tender Otsu. A great classic of the initiatory story that combines love, adventure and self-quest.

As The Stone and the Saber, Vagabond traces the story of Miyamoto Musashi (1584-1645), considered one of the greatest samurai in Japanese history. Initiatory manga, we therefore follow Musashi who challenges and confronts the most powerful samurai and dedicates all his existence to the path of the sword. Famous manga, by Takehiko Inoue (Slam dunk), on hiatus since 2015, which leaves fans in disarray with an unfinished series … (Nicolas Quereuil)

Miyamoto Musashi is a ronin, a wandering samurai. He travels the roads of Japan in search of the greatest swashbucklers in order to perfect his art and one day become the best samurai in the archipelago. Musashi therefore travels to meet the greatest kenjutsu in order to perfect his art. For his part, Matahachi valiantly tries to change to deserve his new name of Kojiro Sasaki.

Haikus; the landscapes of Hokusai, 2017, Threshold

The landscapes and the composition of haikus play an aesthetic role, certainly, but crucial in Ghost of Tsushima. They take the player out of fierce and tense fights, while reinforcing the immersion, and depth of Jin Sakai’s character. Discovering traditional Japanese haikus alongside prints by Hokusai is obvious, as some seem to be influenced by others, and vice versa. (Antoine Oury)

After the Haikus of the passage of time illustrated by Hokusai, this new volume of “Classics in images” returns to the tradition of the Japanese short poem: 58 haikus by Basho, Buson, Chiyo-Ni, Dakotsu, Issa, Joso, Kyorai, Ryokan, Ryota, Shiki, Shusai, Teishitsu … chosen to show the beauty of realistic or imaginary landscapes through different seasons, places, states of mind, day to day life … A collection that takes us under Hokusai’s brush, thanks to a soft and poetic representation of the living world, in a beautiful reverie.

The saying of the Heiké, 2012, translated by René Sieffert, Verdier

Less known in the West than The said of Genji, 11th century poem retracing the life of Imperial Prince Genji, The saying of the Heiké places at the heart of its plot not the imperial family, but samurai, like Jin Sakai, the hero of Ghost of Tsushima. The poem from oral tradition narrates the war between the Minamoto and Taïra clans during the second half of the 12th century. First victorious, the Taïra clan by its bad decisions, its cruelty and its arrogance ends up being definitively defeated by the Minamoto. It is therefore a war chronicle, imprinted with Buddhist philosophy on power. (Celine Meneghin)

The Tale of the Heiké relates the irresistible rise of the Heiké, their absolute power until the death of Kiyomori, the uprising of the Genji, the final crushing of the Heiké and the establishment of a new political system, the government of the shoguns of Kamakura for the benefit of Minamoto no Yoritomo (1147-1199). 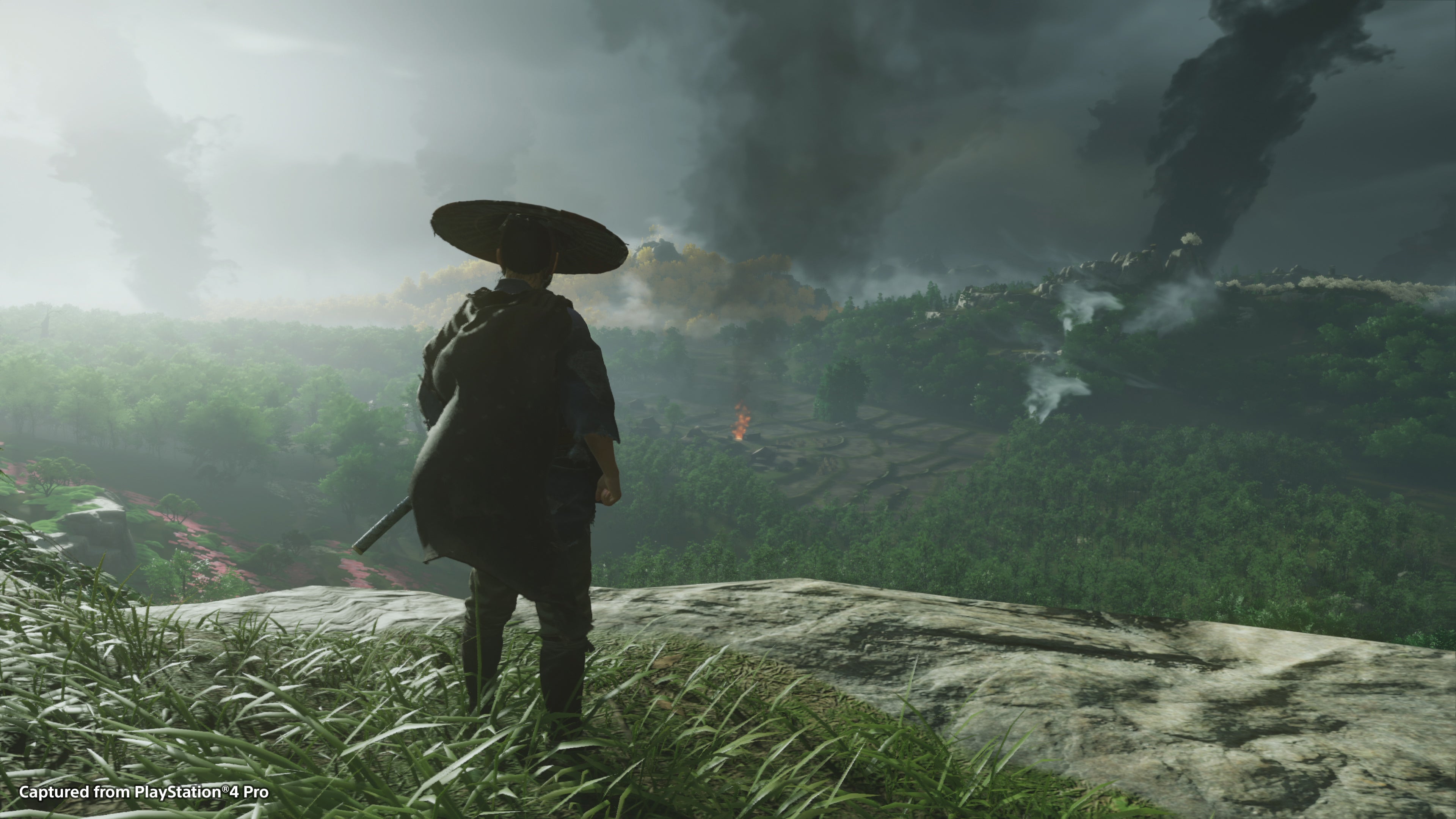 Popularized by the excellent film Ghost Dog: The Way of the Samurai (Jim Jarmusch, 1999), the Hagakure is a little The art of War samurai. There is a spiritual, moral and behavioral guide who sets out the principles that it is important to follow, to stay on track … (Antoine Oury)

The Hagakure, which was written at the beginning of the 18th century, brings together precepts, lessons and historical episodes related to the way of the samurai. This book was dictated by a samurai-turned-monk, Tsunetomo Yamamoto, to one of his disciples, Tashiro Tsuramoto, who compiled his master’s tales in some eleven volumes.

This manga tells about the invasion of the Japanese islands (Tsushima and Iki) by the Mongols. Obviously, the invasion was a failure as the goal was to completely invade Japan. It’s a pretty hard work, which has also been adapted into an anime. (Alexandre Guerard)

Jinzaburô Kuchii, a samurai from Kamakura, is exiled to Tsushima where he is tasked by the governor’s daughter, Teruhi, to defend the island from the Mongols. Instead of the death penalty, the outlaws were ordered to serve as expendable pawns. They must hold out for seven days until the arrival of Kyûshû’s reinforcements, but faced with the weapons and strange tactics of the Mongols, the master of the Sô clan, Sukekuni, and his son, Umajirô, are killed.

The warlord Nakamura Ito entrusts his son Mikédi to Musashi, the great samurai master of this fantastic 17th century Japan. But the path to wisdom and glory will not be easy for Mikédi, for six years with his master he will familiarize himself with pleasure, suffering in the midst of fights and betrayal before finding his bride, the Empress Dragon. , in Edo.

The work has been adapted into a comic strip, by Mathieu Mariolle and Federico Ferniani, at Glénat. 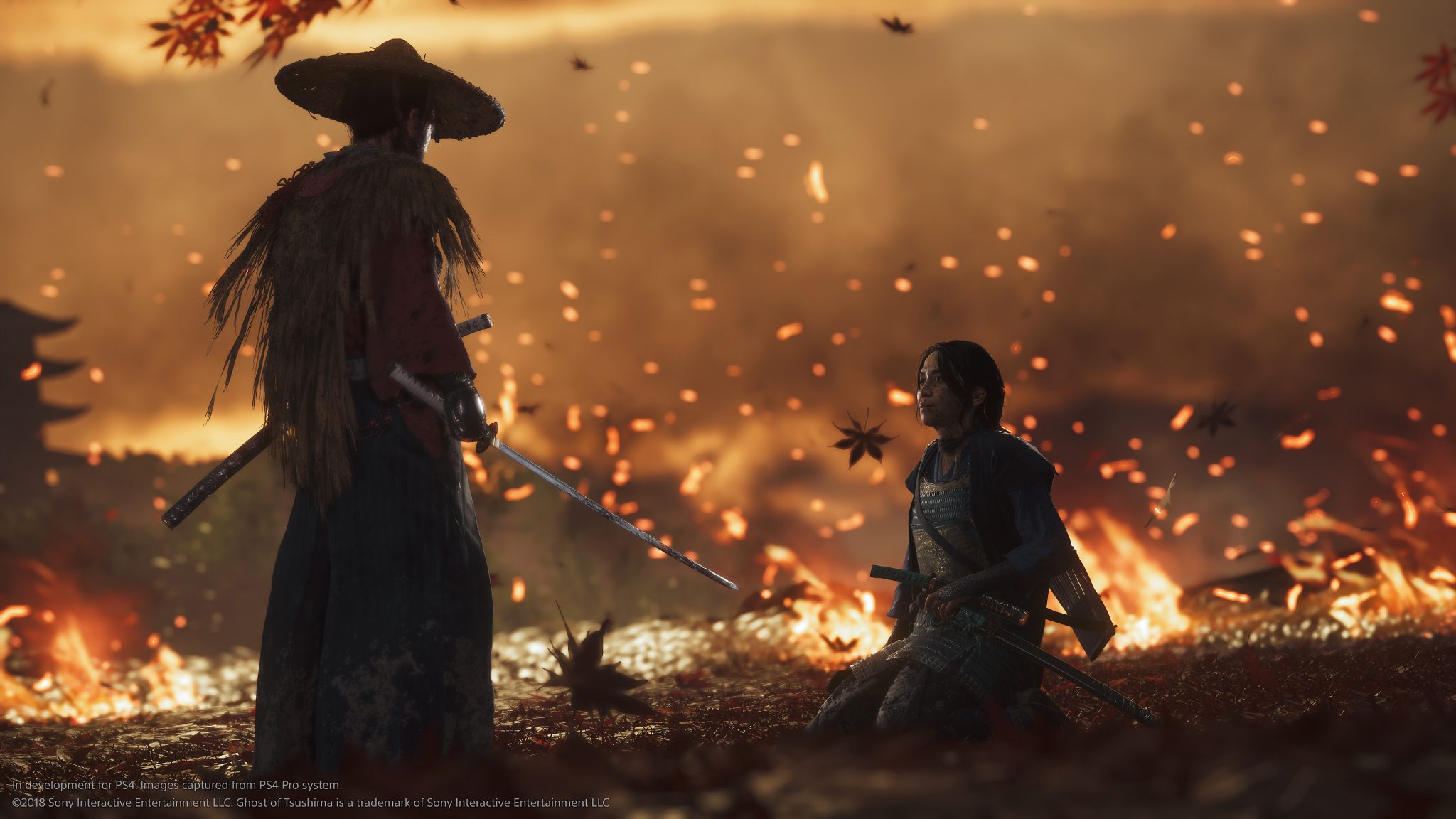 Okko, the masterless ronin, leads a group of demon hunters and roams the lands of the Pajan Empire. He is accompanied by Noburo, who hides his identity under a red mask, by master Noshin, a whimsical bonze, and by young Tikku, a fisherman who has become a full member of the small group to whom Noshin teaches his art of invoking and communicating with the forces of nature.

READING: a selection of books to accompany Cyberpunk 2077

The saga, in five novels, takes us on an epic quest, in the heart of a feudal Japan where delicate poetry and terrible violence meet. Revenge, betrayal, honor and loyalty, beauty, mad love … behind the impassive faces and the immutable codes hide passionate hearts and fierce feelings. (Cyrille Jaouan, Marguerite Duras Media Library, Paris 20th district)

Saved from the massacre of his family by the chief of the Otori clan, the young Takeo is thrown into a world of violence where he must find his way, while his heart burns for the beautiful Kaede. Will their love survive war and hatred, promised or broken alliances? Soon heir to the clan, the path he chooses will lead him to the paroxysm of danger, trial and sacrifice, in the heart of a mythical feudal Japan … In the fury of men and the unleashing of the forces of nature , Takeo and Kaede will fulfill their great destiny.

Of course, this list is not exhaustive! Do not hesitate to share your suggestions in comments, to expand the landscape of readings associated with Ghost of Tsushima…