With more and more players in Canada and the province of Quebec, the video game industry has a bright future ahead of it.

For several years now, certain specialized studios, such as Gameloft and its service Gameloft for brands, propose to gamify advertisements and content.

Basically, this service allowed us above all to monetize the advertising space available in our games ”, explains Cyril Guilleminot, Director of Gameloft France & Benelux. “Then we decided to develop a program dedicated to brands, advertisers and agencies in order to help them integrate a concept of play in their publications. “ 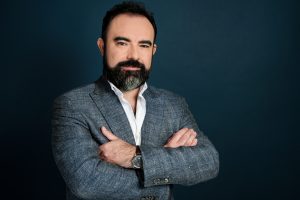 The studio therefore proposes to create mini-games, interactive videos or even “gamified” platforms to promote brands. Formats that offer many advantages, especially in terms of user attention.

Over 40 seconds of uninterrupted attention

According to data from teams from the Parisian studio, video games obtain much higher retention rates than other more traditional advertising formats.

On average, you get 40 seconds of interaction with a user. If the experience is good, we play without realizing it and the retention rates are excellent. Users even come back to play on our experience on several occasions, ”adds Cyril Guilleminot.

However, it is important to make the integration natural, as Kevin reminds us. Lery, marketing Manager France & Benelux at Gameloft:

Gaming is an ecosystem in its own right, it has particular codes, you can’t come to it like that and do what you want. The user experience of the player must not be altered. “

Games, for young and old

In Canada, a survey conducted by Léger on behalf of Gameloft Montreal, showed that 52% of men questioned and 48% of respondents said they played video games regularly. In addition, more than a quarter of respondents over 55 reported having the same habit.

Video games in Canada represent $ 4.5 billion to the country’s gross domestic product this year. A figure that has increased by 20% in two years.

The advertising possibilities are then “almost endless” when more than half of a country plays regularly.

As examples, the Director France & Benelux recalls the campaigns created, among others, for the Brazilian branch of the Fanta brand, for the Superior Audiovisual Council (CSA) or for the Ferrero group.

We have developed the application to go with the Kinder Surprise chocolate toys. We collaborated with researchers at the University of Oxford to create a fun and educational experience for children. On the other hand, we can also create campaigns for laboratories wishing to better inform the population, for example. We can go very, very far in terms of brand experience, and adapt it for each segment of the population ”- add the two men.

The results of the Fanta campaign speak for themselves: in total, it’s 460,000 unique players and 290,000 minutes of play time. It is as if someone has been shouting “Fanta” continuously for 202 days!