What would you do if you were a civilian during World War II? Gerda: Flames of Winter, coming out this Thursday, September 1st on Nintendo Switch and Steam, might shed some light on the subject. Published by genre regular Dontnod, this narrative RPG video game is produced by the Danish studio PortaPlay. The question here is not about surviving under a hail of fire, but about making the right decision to resist the grip of the Nazis. Even if it means leaving a piece of your soul there.

History of war away from the front

February 1945. It is snowing in Tinglev, a small Danish village occupied by the Germans. The end of the war is not far off, but the inhabitants are still suffering from Nazi persecution.

Among them is Gerda Larsen, a nurse at the local clinic. She sees her life change dramatically the day her husband Anders is arrested by the Gestapo at their home. She then discovers hidden documents that reveal her connections to the Resistance.

Gerda, the unexpected heroine of this video game, goes on a quest to try and save the love of her life. To do this, the player will have to explore different corners of Tinglev, get to know its inhabitants, beware of the enemy, but not only, and protect their own, making the right decisions.

In your quest to save Anders, every choice counts. And in the context of war, the consequences are often serious. Should these medicines be given to a Jewish woman and her little girl on the run, or to your husband, a prisoner of the Gestapo? Should we trust this grocer, who seems to be playing a double game with the Germans? 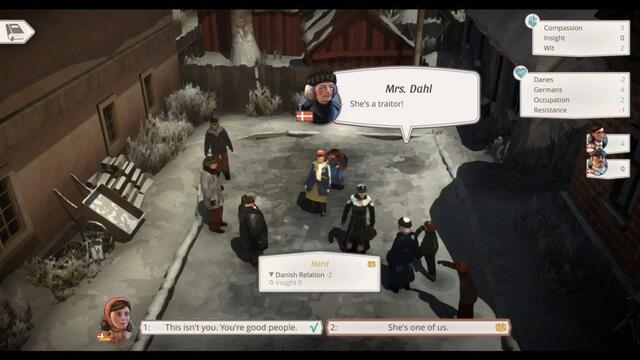 In Gerda: Fire in Winter, every choice counts. © Dontnod and PortaPlay

So many heartbreaking dilemmas draw the player into the turmoil and horror of war. Everything is neither white nor black. Each decision will affect your proximity, whether it be with the Danes or the Germans, as well as with the Resistance or the Occupation. And check your emotions. 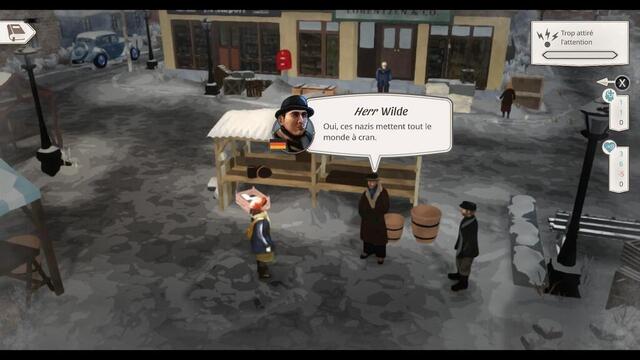 To make the right choice, Gerda must talk to the different people she meets along the way. © Dontnod and PortaPlay

At the end of the game, you are sure to be faced with your choice: did they save your loved ones? Were you faithful to the end?

Gerda: Winter Flames is not only a game in which you have to make the right choice, but also a testament to the long course of World War II. Inspired by true history, he accurately describes the complexity of relationships and emotions that the German occupation may have evoked in this village.

These are not spectacular scenes, as in other video games about the Second World War, but immersion in the difficult daily life of real Danes. Nevertheless, the horror of war is presented. 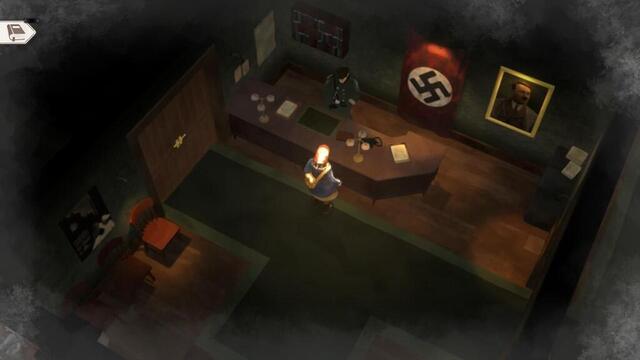 Depending on her choice, Gerda will get closer to the Nazis or the Danes. © Dontnod and PortaPlay

Throughout the game, you walk the snow-covered streets of Tinglev in a setting that looks like an Impressionist painting, considering the graphics. We also regret that the camera is not more mobile to observe different environments more freely. Several piano notes emphasize this melancholic and heavy atmosphere of military everyday life. It also resembles the 11-11 Memories Retold game released in 2018. 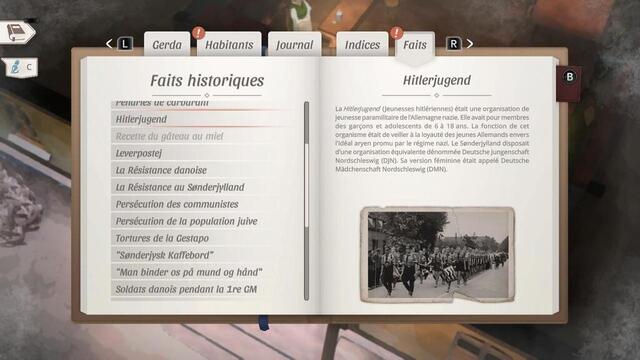 Several episodes from the history of the Danish occupation are listed in the explanatory sheets. © Dontnod and PortaPlay

Gerda: The flame in winter also has educational properties. It highlights the Danish Resistance, the shortages that the country suffered during the war, and, more broadly, Nazism with its Hitler Youth (Hitler Youth) or persecution of the Jewish population. These episodes are mentioned by the main characters of the game, but they are also the subject of small files found in Gerda’s diary, which can be consulted at any time.

Once again, Dontnod (in partnership with PortaPlay) has hit the mark and offers, together with Gerda: A Flame in Winter, a special and touching mural about what war was like away from the front. Real success.