If fans regret the lack of events related to Sonic’s birthday, because it’s not every day we turn 30, Sega decided to celebrate this event with another compilation of 16-bit opuses, like in the age of Saturn with Sonic Jam, on 128-bit Sonic Gems and in various compilations honoring his Megadrive. In anticipation of the very unsettling Sonic Frontiers revealed during Summer Game Fest, Sonic Origins is all the hedgehog fans can get their hands on. So, whether it’s the new gaudy best of hastily, or whether Sega and Sonic Team have taken up gloves to fix this compilation. Here are some answers!

Sonic returns to his roots in Origins
SEGA / SONIC TEAM

Designed for fans of the hedgehog’s first adventures and for those who didn’t have a chance to learn about them, Origins offers players the opportunity to (re-)play the 5 main licensed games in 2D, 16-bit sauce, please! You will find the art direction that hit the spot at the time in the first part, the inventive level design and brilliant speed of Sonic 2, mid-bosses and new Sonic 3 items collected from Sonic & Knuckles, and complete the giant soundtrack and time travel episode released on Mega CD. You are not satisfied, fortunately, the content does not stop there! 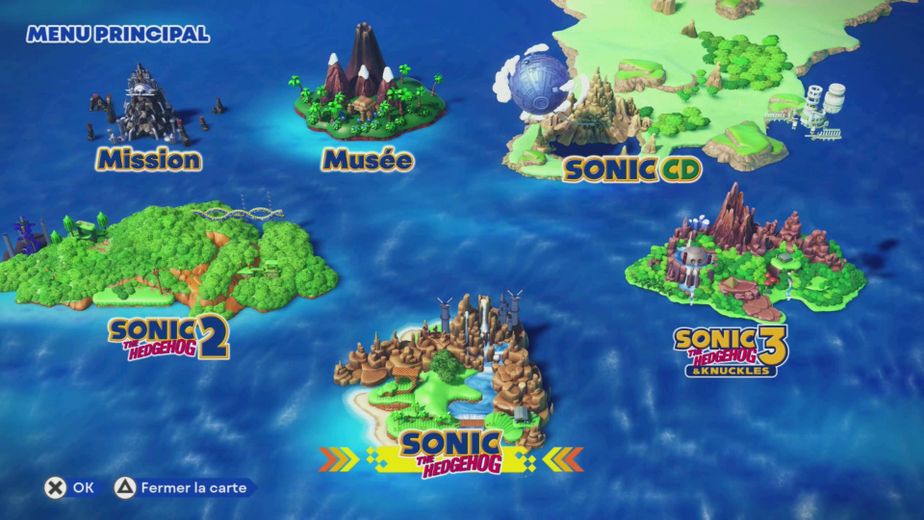 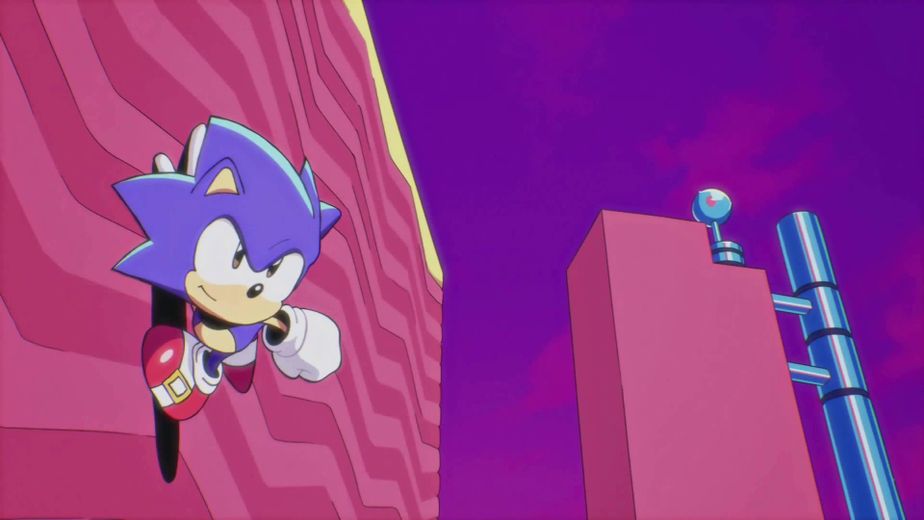 You will be able to play these games in 4/3 limited lives, 16/9 anniversary mode, infinite lives, save states, any character from the series and all their skills. For example, you can play Sonic 1 with Tails or Knuckles, or with a hedgehog that already has the spin-dash ability introduced in Part 2. A little originality, Sonic Origins lets you view 5 games in one mega-adventure punctuated by sublime cutscenes made for the occasion. A great way to replay the saga for those who have squeezed through all the episodes, as is an unlockable mirror mode for each title upon completion.

Finally, my favorite mode in Origins, a new mission mode common to all games that takes the player through sections of levels to complete certain tasks in the style of the NES REMIX released a few years ago on the Nintendo Wii U. Extremely addictive, we come back to it a lot times, assuming a real “die and try again” pose 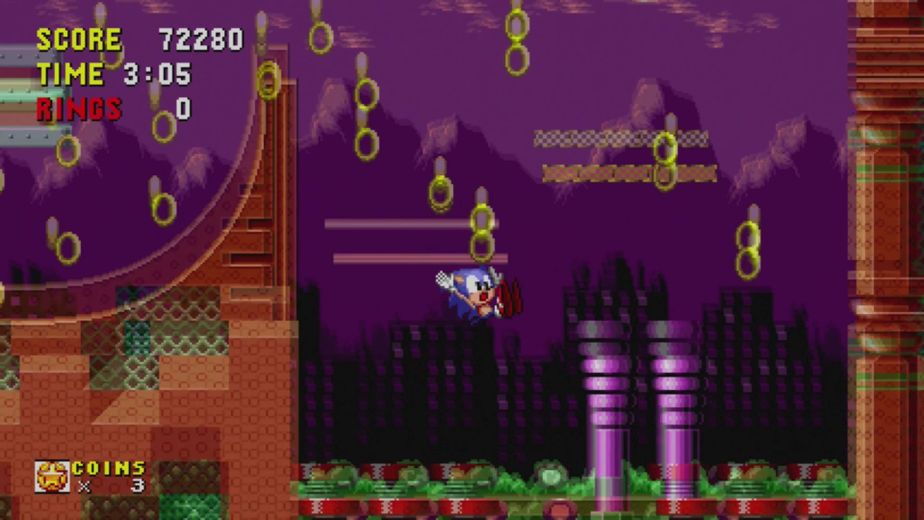 Anniversary mode allows you to play games in 16:9 format and with unlimited lives. 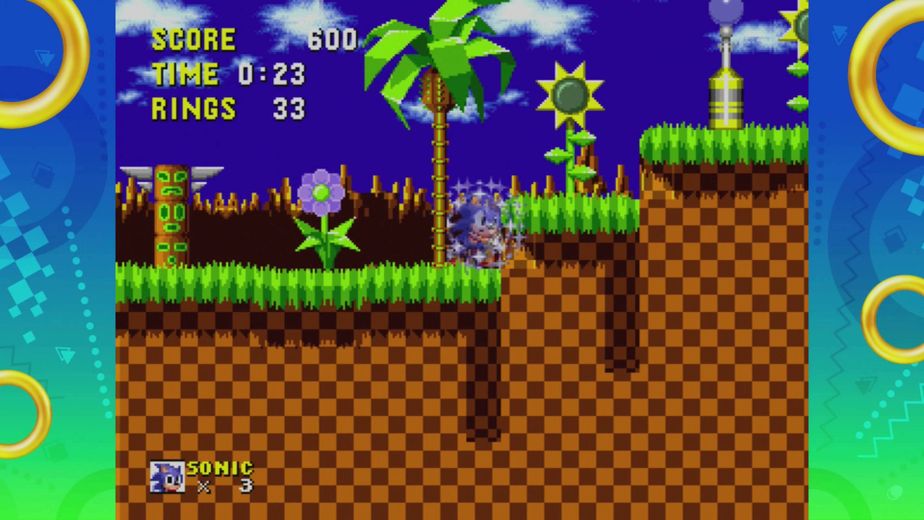 Finalizers will be in heaven, Origins has a great museum divided into 3 sections. The huge part already unlocked will allow you to view covers, covers, period notices, videos and 178 OST titles, but it is the gold coins collected that will allow you to unlock 25 additional music remixes, a large gallery of premium works and videos. In short, the bonus content is absolutely crazy, a lot of developers would do well to draw inspiration from it.

Neat on the bottom, this anniversary collection is also neat in form. The interface is polished, new, very well-done cutscenes reference it all, and the contributions of Simon Thomley, the programmer of Sonic Mania (the only real 2D component since the 16-bit episodes) are widely felt in the remasters. . 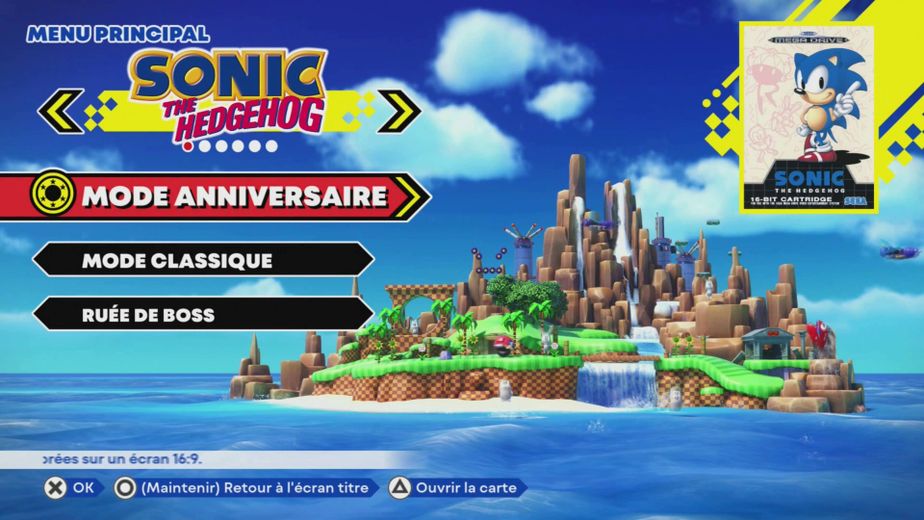 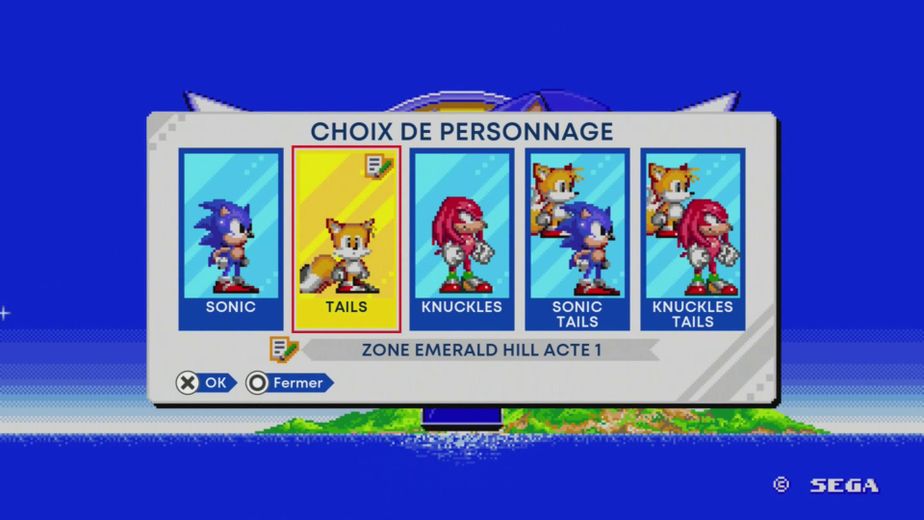 The most discerning hedgehog lovers will say, because this is just another selection of the blue hedgehog’s first adventures. We regret missing two Master System/Game Gear episodes that pretty much had their place, a little CRT filter or the rewind feature we’re so used to.

Some of the options make you cringe, especially in regards to the additional content available depending on the editions the player chooses. The height is ridiculous, what am I saying, scandalous, even the most expensive one does not offer all the bonuses of previous versions, you will have to go to the checkout several times! 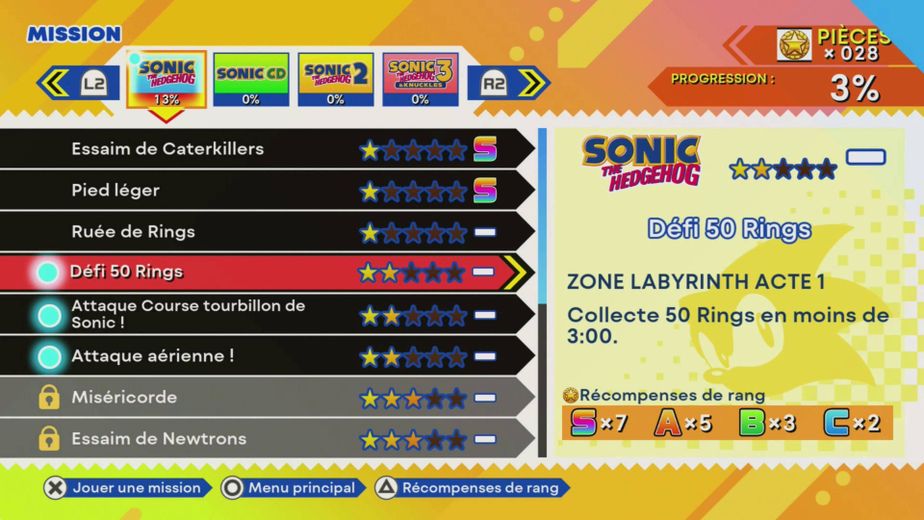 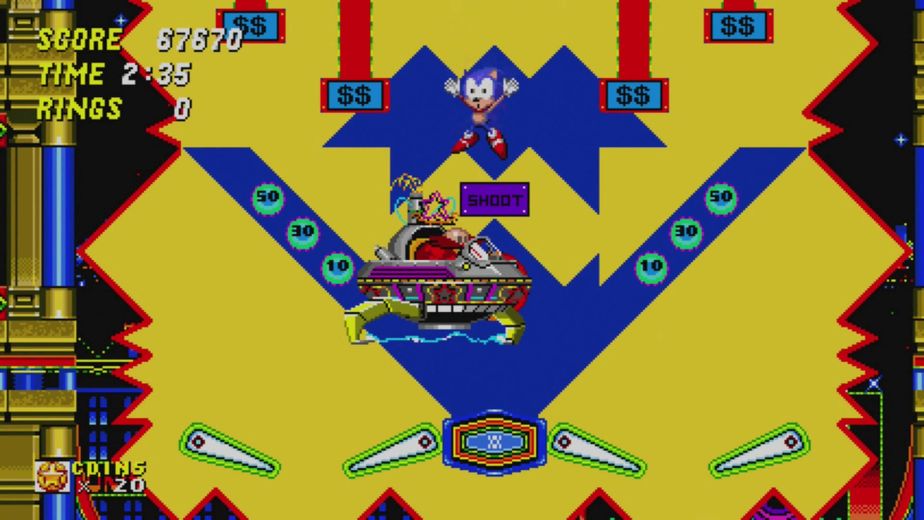 All the bosses in the game can be fought in a chain in the Boss Rush mode.
SEGA / SONIC TEAM

Sonic Origins is a classic example of do’s and don’ts! With a good remastering of the main opuses, interesting game modes and huge unlockable content, players who feel nostalgic or interested in the first adventures of the hedgehog will be delighted. For the rest, there is only one compilation left, as evidenced by the absence of several episodes and whose price (starting at €39.99) remains high for games released 30 years ago.

One way or another, these remain monuments of the 16-bit era, the best adventures of the hedgehog, those where he was in all his glory, where he appeared in the top 3 most famous video game characters. A bygone era, but in which we are happy to plunge back, which we still recommend, but not at a high price and, above all, when the full version is released! 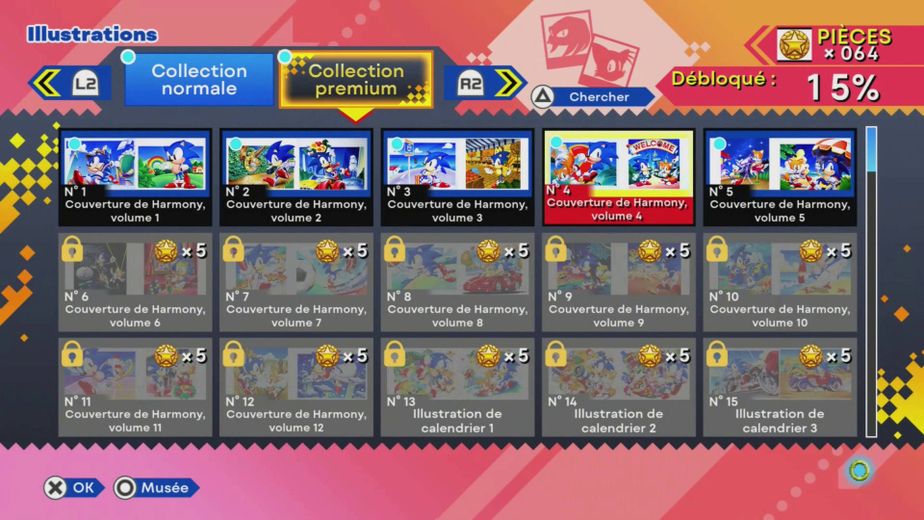 The gallery of images, sound and video is just gigantic!
SEGA / SONIC TEAM

The test was carried out on a copy of PS4 provided by the publisher.