We were eagerly awaiting the Game Awards 2021 ceremony that took place on December 10 at the Microsoft Theater in Los Angeles, finally crowned “It Takes Two” by Josef Fares as Game of the Year. The French game “Deathloop” developed by Arkane Studios in Lyon is the one that has been nominated the most times, finally winning two awards. This year’s event, propitious for the now eagerly awaited “World Premiere,” was also able to reveal a first trailer for the upcoming Alan Wake, the new Star Wars game developed by Quantic Dream titled Eclipse, and many other tantalizing titles. On the sidelines of the event, Epic Games took the floor a few days before to announce that they were providing players with a technology demo of the new iteration of their Unreal Engine that future games in 2022 can take advantage of. Taking advantage of the influence of the event and the immense anticipation generated by the release of the future film “Matrix Resurrections”, “Matrix Awakens, An Unreal Engine Experience” is available for console players on Playstation and XBOX. What will tomorrow’s games be like? Was the suspense of the wait worth it? You will know it all after diving back into the Matrix, 18 years after The Matrix Revolutions.

What is a game engine?

For the uninitiated, a short summary definition of what a game engine represents is simplified. Broadly speaking, it is a set of software that allows the management of calculations, physics, special effects, behaviors, scripts, memory, graphic assets, etc. Ultimately, it is the link between all its components that makes it possible for a game to work in its environment.

Founded in 1991, Epic has become one of its specialists over the decades. Epic is one of the industry’s essential behemoths with Epic Games behind Fortenite, the Epic Game Store popped up a few years ago to upset Steam’s supremacy, but most of all, it’s a major player in the engines studios can use it for. . a license and a royalty refund. Released in 1995 in its first version, it spawned titles such as Unreal, Unreal Tournament, and Deus Ex, before seeing the birth of the Splinter Cell saga in its second iteration in the early 2000s.

This virtual Keanu Reeves is more real than ever
Epic games

Popular and with the wind in its sails, this box tech founded by Tim Sweeney has literally exploded into the PS360 generation with notable games like Batman Arkham, the Bioshock series, Gears Of War, Mass Effect, and Mirrors Edge. After a generation of PS4 / One and its fourth version that saw the birth of the FFVII remakes and certain Jedi Fallen Order among others, the latest version presented with Playstation 5 hardware literally shattered the eyes of the industry and gamers in May. . .2020.

A year after the release of what is now called the current generation (PS5 / Series), the first commercial titles to use it could point the tip of the nose during 2022. Meanwhile, to make gamers salivate and reaffirm that the future of video games will be made with him, Epic once again has done very well with this new technical demonstration called “The Matrix Awakens” 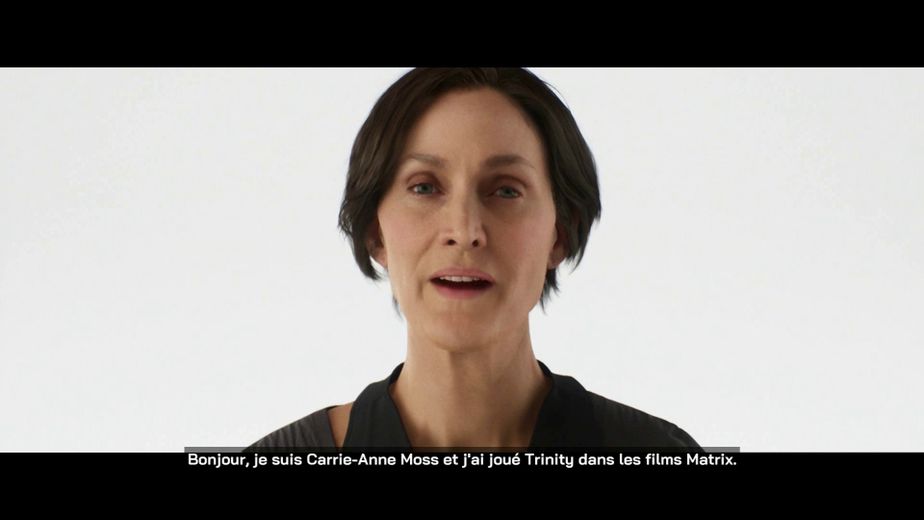 We are not going to make the suspense last any longer, this technical demo proposed by Epic has been tremendously impressive. Let’s be clear: what was given to shoot before our eyes is unheard of on the console.

Through two sequences that are linked and replayable at the end of its discovery, The Matrix Awakens offers an interactive scripted cinematic-type rail shooter and open-world game phase in a fully modeled city. for the occasion. Quickly, the fear of not being able to play dissipated after the intro scene that put the cursor on the objective of the demo: to question what is real and what is not.

Mixing images of the first Matrix and characters in synthetic images, the speech immediately announces the color: “you will not believe what you see.” At this point, the most skeptical would have largely thought that these human goals could be directed at us only thanks to the white background from which they come. By not requiring any particular treatment, it would allow to concentrate all the computing power in the characters, claiming realism. 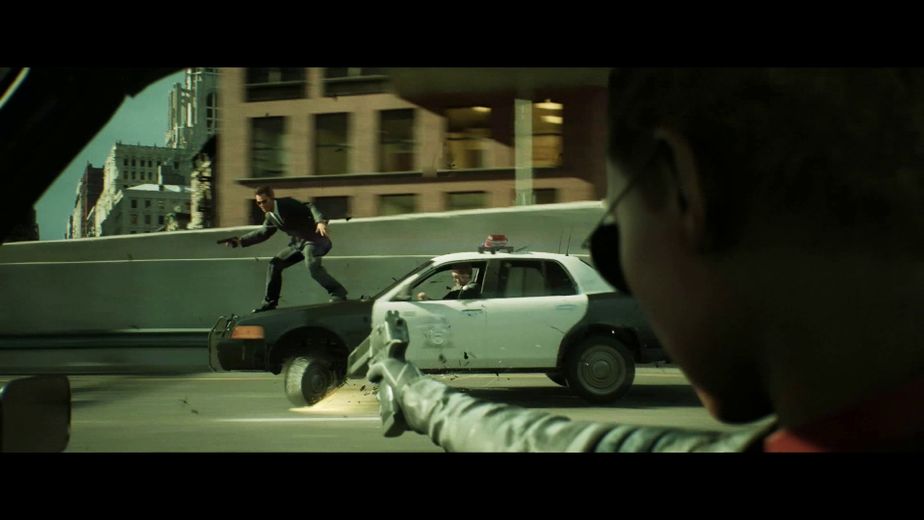 As Jack Slater put it, “monumental mistake”, the demo follows a car chase sequence with Trinity and Neo being chased by the agents of the Matrix. Although the gameplay sequence proposed here is quite rudimentary, the cinematic staging is excellent. Alternate real time and synthetic images for an absolutely magnificent result In this new phase, much more complex to execute for the machine, the quality of the faces is once again present and the particle effects during the explosions will fall.

With this sequence too short and not engaging enough, the players who tried this demo could have largely remained hungry. Epic also closes this phase with an aerial view of the city where the monitoring took place, explaining to the public the different processes possible with its new engine. To everyone’s surprise, you will find yourself in command of a character in the heart of an open city for the second part of the experience, which will be the most impressive.

Here, the term “photorealism” used for each slap caused by the new generations has never been more relevant. A real gap has been crossed with what we have seen so far. The density of the environment is such that it becomes dizzying. The course of sunlight has reached a dazzling level and reflections on vehicle bodies, even without the use of ray tracing, are exceptional.

Playable, the playable demo is limited to exploration on foot or in a vehicle so that we do not dwell on the feeling with the controller in hand. On the other hand, Epic offers “a drone view” that allows more analytical gamers to take into account the extraordinary viewing distance that the engine offers. Even the interiors of the buildings are visible and clipping and aliasing are non-existent. To top it all and mark the gap with the previous generation, the transition is imperceptible between the different 3D models displayed according to the distances. The Unreal Engine 5 is a true revolution, let’s face it! 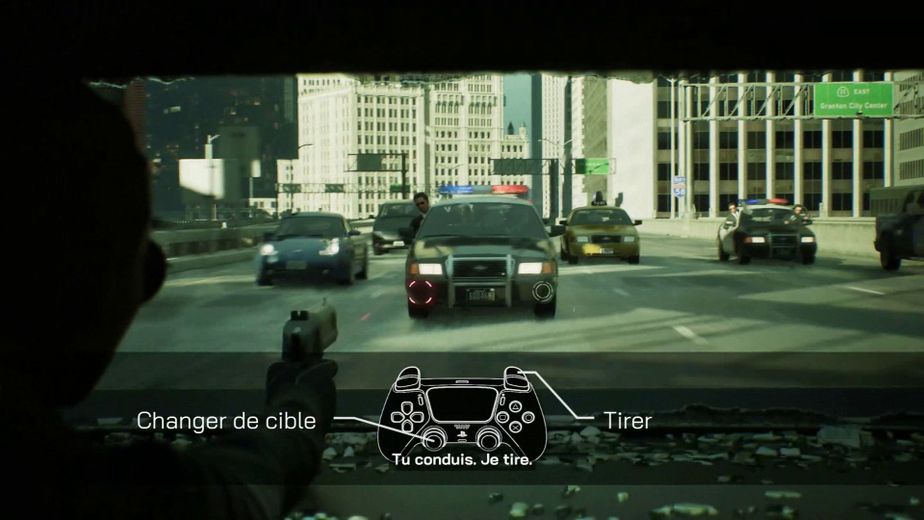 Let’s temper the burning a little

At the end of this technical experience that opens up the future of video games, it would be a mistake to admit that Epic did not deliver a big blow! To counteract a bit, social networks, YouTube and some players have tried to highlight the lack of fluidity and consistency of the physics by pushing the demo to the limit. 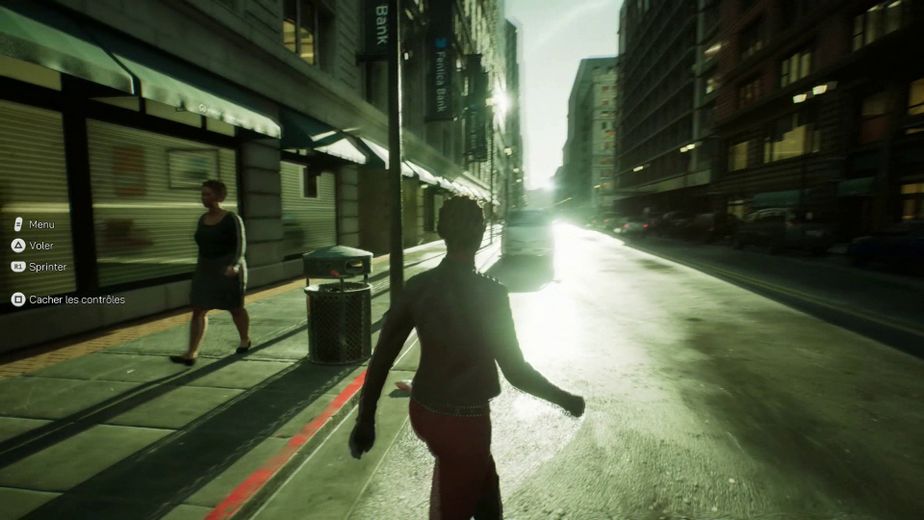 However, through this desire to go a bit against the grain, legitimate questions can arise. How long will it take Epic to develop this demo? Will the impact of real life in an open world and more realistic physics affect the technical performance of future games? How long will it take for studios using Unreal Engine 5 to reach this level of proficiency? So many questions that remain unanswered at the moment but to which we are very impatient to discover the answers with the arrival of the first commercial games that run on the engine.
One thing is certain, with Unreal Engine 5, video games have never reached such a level of realism and the choice to highlight the Matrix universe to demonstrate it was more than wise. The future is drawing near and we can’t wait to be there. 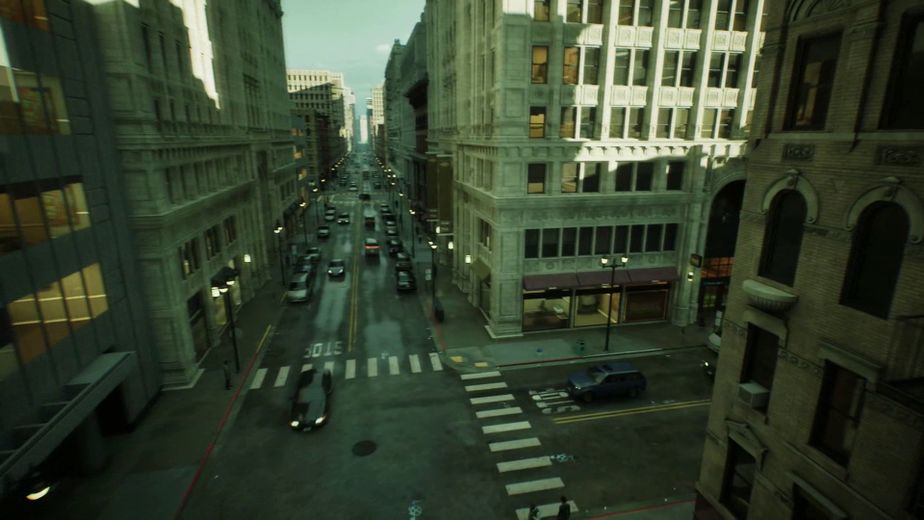 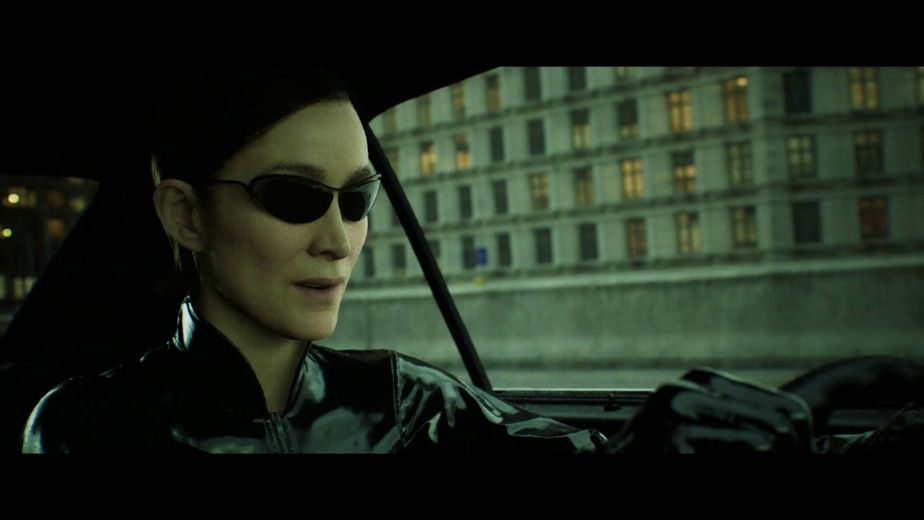 The Steam Deck sale will start on February 25

The Steam Deck sale will start on February 25