It would be a lie to deny that they are not on the rise. A successful new game from TRIBUTE GAMES and DOTEMU, another film adaptation scheduled for August 2023, an ongoing animated series, including an exclusive film just released on Netflix, Teenage Mutant Ninja Turtles are causing a buzz in the first half of 2022. In this auspicious context, Konami is finally releasing a TMNT compilation bringing together all the arcade and console episodes released during the 8/16 bit period. It’s undeniably the best term for a video game license, but is a simple bundle enough to please nostalgic fans?

Nothing new in Konami

Often of high quality, they always have all the conveniences to play in today’s conditions, offering many bonuses. With regard to this new work, the Japanese publisher has decided to go even further and to date offers the most complete retro compilation ever released on the market. 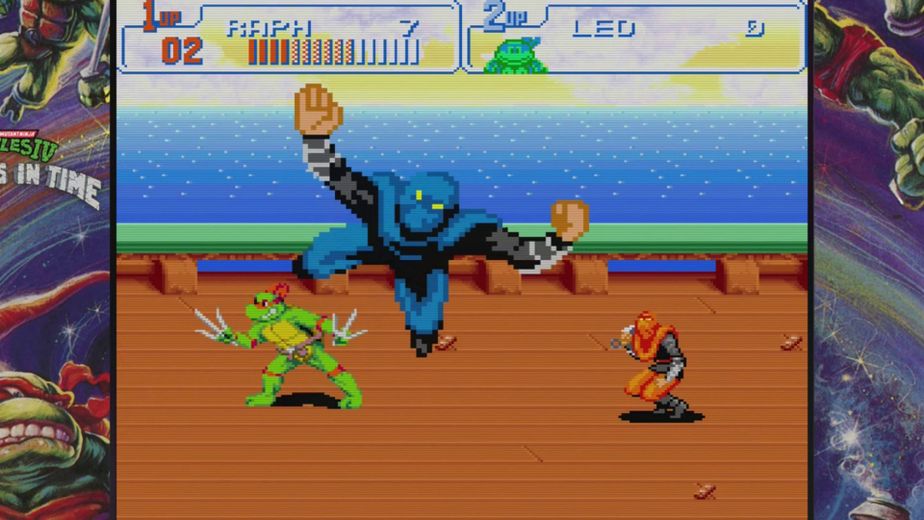 Recipe for a good compilation 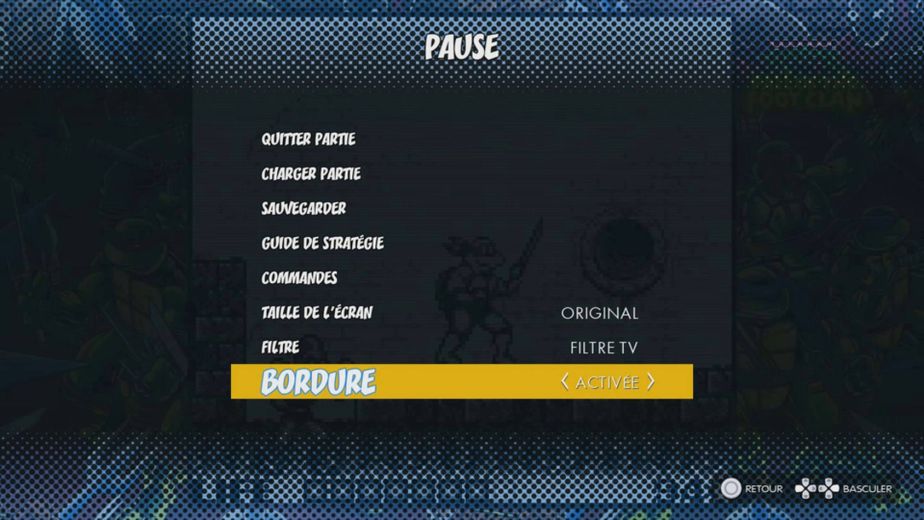 This TMNT collection, available from August 30, 2022, includes primarily 13 iconic titles in Japan and the United States released between 1989 and 1993 for the Nintendo Entertainment System, Super Nintendo, Megadrive, Game Boy, and Arcade.

You can try out legendary beat em up games like Turtles In Time and Hyperstone Heist, Ninjas Turtles II The Arcade Game and Manhattan Project not released in Europe. Depending on the titles, all can be played solo, in local co-op with up to 4 people, or online. Rediscover Tournament Fighters, a great 16-bit fighting game or monochrome opuses released on handheld consoles that are still highly loved by those who knew them at the time! If the first two handheld games were very outdated, then the discovery of the third, technically much more advanced, turned out to be very interesting.

In addition to the aesthetic and comfort enhancements through filters and overlays, the Cowabunga collection is adorned with a very clear interface presented in well-designed menus. Each game benefits from certain options that allow you to make further adjustments. Unlimited lives, choice of scene or friendly fire for co-op play, even possible technical improvements in the oldest games avoid slowdowns and flickering sprites caused by technical limitations of old machines.

In addition to these improvements, the compilation also gives you access to a rewind feature, sometimes strategy guides that you can edit, and even a video walkthrough that you can take control of at any time. A boon for players injured by the first NES Teenage Mutant Ninja Turtles, which they will finally be able to finish thanks to this little boost.

Beware of disappointment at the insignificance of Shredder, the final boss, and the transformation of Splinter, who looks more like Jean-Pierre Perno than Hamato Yoshi in his human form. 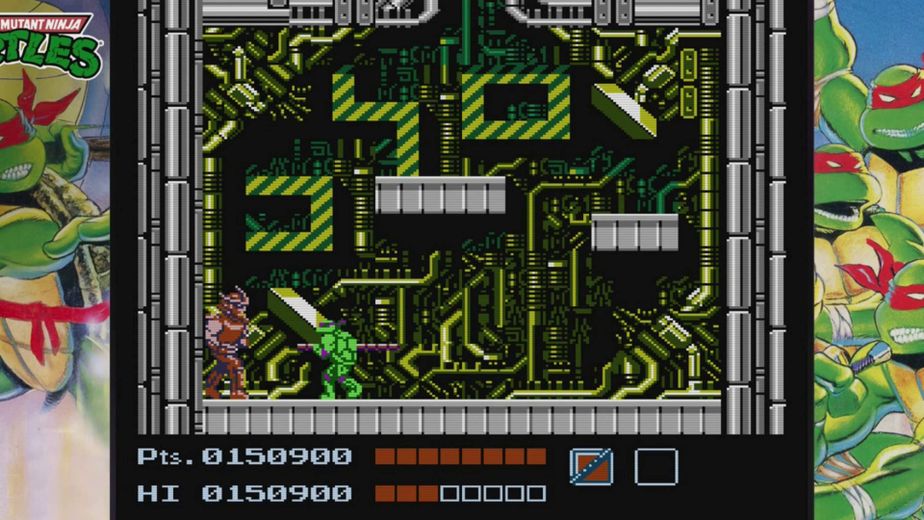 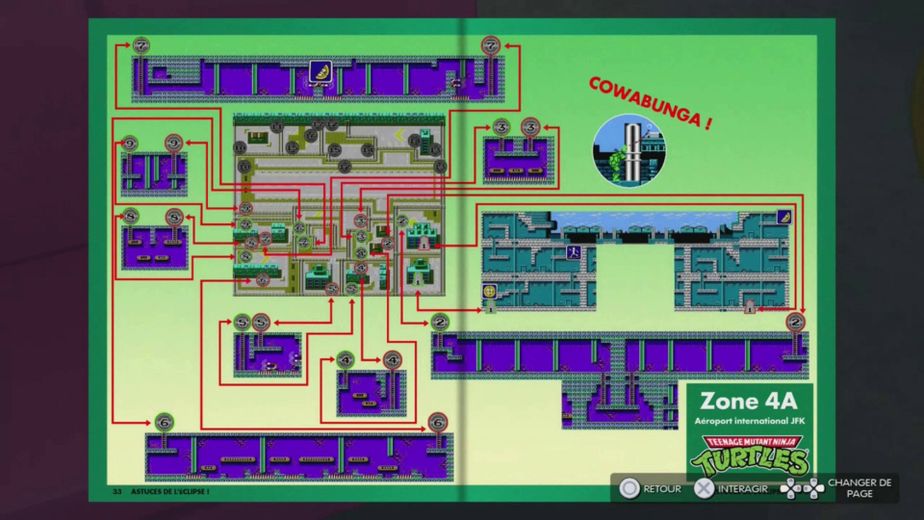 Some games even had strategy guides created.
Konami Digital Entertainment

We knew Konami was leading the way with the bonuses offered on their compilations. Once again, a Japanese publisher has gone to great lengths to pay tribute to the phenomenon represented by turtles!

Original soundtracks, manuals, and vintage game boxes are available, but that’s not all. The firm took out the archives and provided most of the documentation for the development of their games. A real goldmine of information with valuable titles that we know very little about behind the scenes. It is very interesting to get acquainted with them, especially since they are translated into all languages.

At this bonus level, this is a first of its kind initiative that we hope to see emulated, especially when we see the weakness of some compilations, especially among the greatest. Finally, commercials from all periods, images of all released animated series, as well as covers of comics released since the birth of the license have been added to this part of the story! 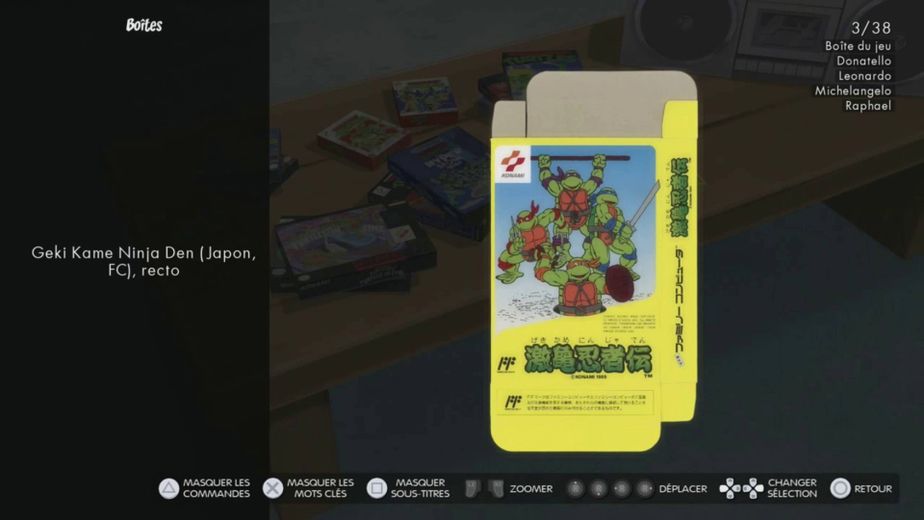 You can view the vintage packaging of each game in the gallery.
Konami Digital Entertainment

Shut up and take my money! 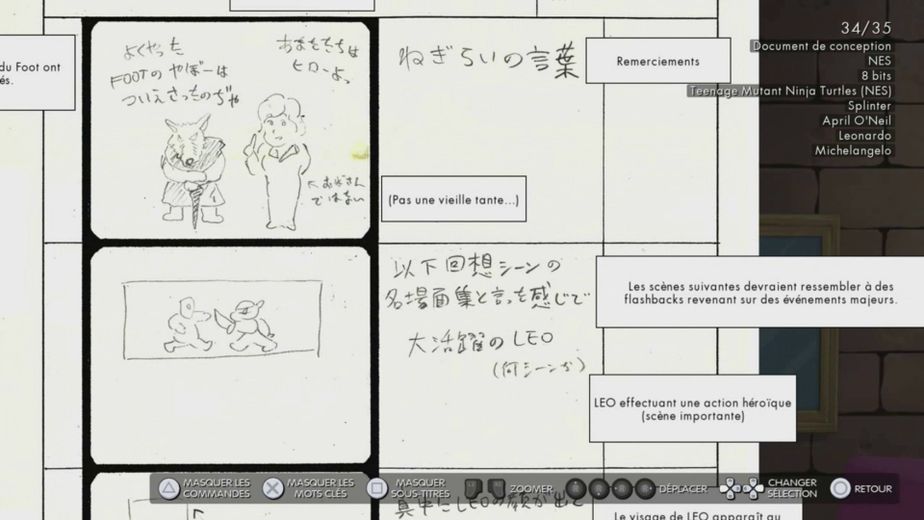 A real piece of history, game development documents are available and translated into all languages!
Konami Digital Entertainment

Therefore, Konami and Digital Eclipse have worked hard to satisfy fans who will enjoy browsing through various documents that do not need to be unlocked by playing or paying. It is because of this, and because of the 13 titles that the Cowabunga Collection offers to view under optimal conditions, that this compilation is a must for fans and the best way to discover the best titles dedicated to big knights!

Bravo and thanks again for these exciting bonuses that we didn’t expect at this level of indiscretion. 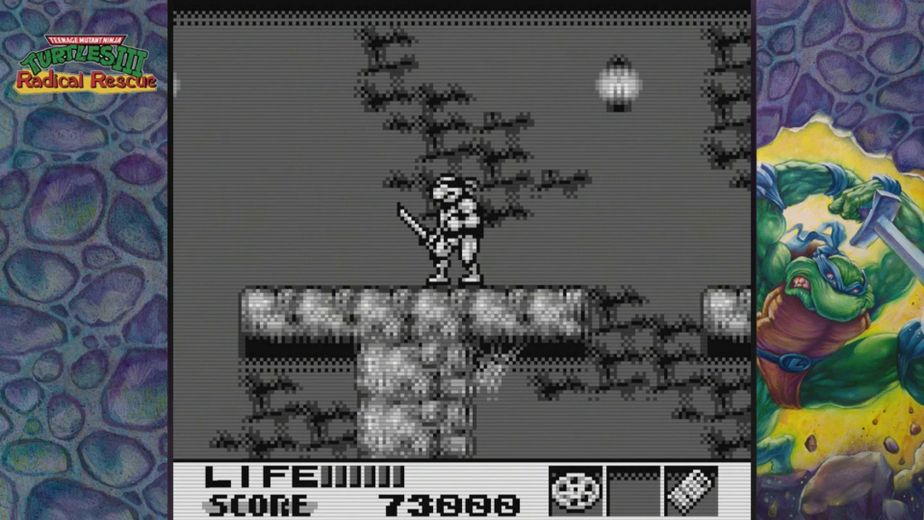 ► No PAL version of games

Build tested on PS5 thanks to the version provided by the publisher.