If Microsoft’s famous open-world car simulator doesn’t mess up the codes of a well-oiled mechanic, it’s the result of a perfect balance between simulation and arcade. And they are incredibly photorealistic graphics.

Knowing how to take care of your tickets has always been the strength of the Forza Horizon motorsport series. And, for this fifth installment, the Brits at Playground Games, the developers in charge from the start, have outdone themselves again, with a Dantesque introduction featuring successions of vehicle launches from cargo planes.

The virtual camera rotates around, revealing the metallic purity of the body. Then comes the moment of landing, and brief moments of taking control of the multiple cars reveal the topographic and climatic diversity of a fantasized Mexico, the new playground of this episode.

The whole philosophy of the game is concentrated during these few minutes, that is, a perfect balancing act between the extravagance of the situations (we are all the same parachuting near the top of a volcano in full awakening) and the flexibility of an arcade driving . This amusement park madness dedicated to motorized omnipotence is how Forza Horizon 5 welcomes us: in the noise and fury of roaring couples. And the least we can say is that we are convinced.

Forza Horizon’s strength has always been to exceed the primary specs of the racing game – that is, starting from a starting grid at the back of the peloton and crossing the finish line first. Because it has much more to offer with its gigantic open world: stunts, vehicle customization, stopwatch, record, and that’s it …

Forza Horizon 5 transmits us the sensitive magic of free driving, that of the fantasy of escaping through a multitude of roads that stretch as far as the eye can see. One can enjoy the main joy of devouring the asphalt in a Ferrari, skidding with control and style through the mud in a rally car, or crashing into the ground on a creek bed. options.

The star of Forza Horizon 5 is this idealized Mexico, home to diverse events spread across a vast and maddening territory, from lush jungle to sandy beaches to rocky slopes of the majestic Sierra. Its first merit is to be dazzlingly beautiful. Like Microsoft Flight Simulator, Forza Horizon 5 uses a global dynamic lighting system and photogrammetry, an image modeling technique that recreates an exact copy of the 3D environment. No matter where we look, the level of detail in tune with climatic and light variations never ceases to amaze us. This technological recital undoubtedly makes it one of the most beautiful video games out there. 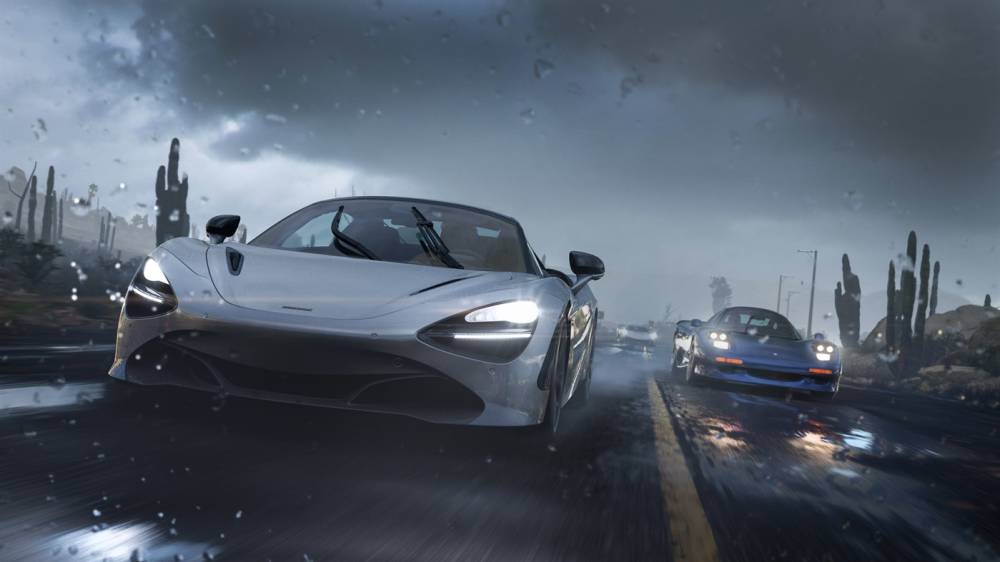 Which brings us to its second merit, that of having modeled this audiovisual magnificence to make it harmonious and organic from a playful point of view. There are a million things to do in Forza Horizon 5, the multitude of points of interest and events that dot the map after a few hours attest to it. But how to approach them will ultimately be up to each player because the disposition of their universe suits both the meticulous quest hunter and the virtual tourist, letting themselves be carried away by their desires. Despite a slightly too garish soundtrack, Forza Horizon 5 seems to ask us to go to its Mexico as we are. So much the better, because we are determined to stay there a little longer.

Call of Duty is probably coming to PS4 and PS5 after all, says Xbox boss Phil Spencer

Call of Duty is probably coming to PS4 and PS5 after all, says Xbox boss Phil Spencer