When a United Nations committee ruled that Nahia Alcorta had been subjected to obstetrical abuse while giving birth to her first child, it marked the end of a 10-year struggle for her rights.

This Spaniard, who suffered from post-traumatic stress syndrome after giving birth in the north of the country in 2012, turned to the UN because the Spanish courts did not recognize her as a victim.

In July, the UN Committee on the Elimination of Discrimination against Women (CEDAW) concluded that Ms. Alcorta was the victim of a series of unreasonable acts that constituted a case of obstetric violence, including a C-section performed without her consent while her hands were bound even in the absence of her husband.

After the decision was made, “more than 100 women contacted me and said they experienced the same thing,” Ms Alcorta, now 36 and a mother of three, who lives in the Zizurkil region, in the Spanish Basque country, told AFP. (north).

It’s violence, “we don’t talk about it because of the pain it causes, because of the shame, and because there’s this idea that it’s like this, and then that’s it,” she continues.

In its report, CEDAW defines obstetric violence as “a specific type of violence against women during childbirth in hospitals that has been shown to be widespread, systemic in nature, and rooted in health systems.”

The Committee considered that Spain should pay “appropriate damages” to Ms. Alcorte, without quantification, due to the physical and psychological damage she had suffered.

This decision comes at a time when voices are multiplying in Europe condemning this obstetric violence that often goes unnoticed.

In Europe, some national medical associations even reject the term.

But for Nahia Alkorta, “women tell a different story.”

She suffered from nightmares, insomnia and traumatic memories after an ordeal that began when her water broke at 38 weeks pregnant.

According to her, at the public hospital in San Sebastian (Basque Country), on which she depended, she was injected with oxytocin to induce labor, despite the fact that she was in labor and without any medical explanation.

She also recalls that employees’ responses to her questions became increasingly aggressive.

The day after she arrived at the hospital, the gynecologists decided to perform a caesarean section without asking her consent and despite the fact that the midwife said that the labor was ongoing, she adds.

With her hands tied, the protocol followed by some hospitals for caesarean sections, and her husband not being allowed into the maternity ward, she was shaking with fear.

“I felt completely at their mercy,” she says.

There are no global data on this problem in Europe. But rights groups say women are routinely denied informed consent and subjected to rude and degrading behavior by medical staff and, in some cases, unsafe practices.

In Serbia, a recent petition garnered 70,000 signatures in five days demanding that the state bear the costs sometimes required for a woman’s escort to be in the delivery room.

The petition specifically denounces insults, humiliation, yelling, as well as negligence and medical errors on the part of staff, saying that “many mothers in Serbia would rather forget the day they gave birth.”

Some countries, such as Spain and Italy, have established obstetric violence observatories, but legal proceedings are rare.

“We have been approached by many mothers who have experienced traumatic childbirth, but almost no one complains,” Nina Gelkova of the Bulgarian organization Childbirth told AFP.

“The state does not recognize the existence of such a problem,” she said. 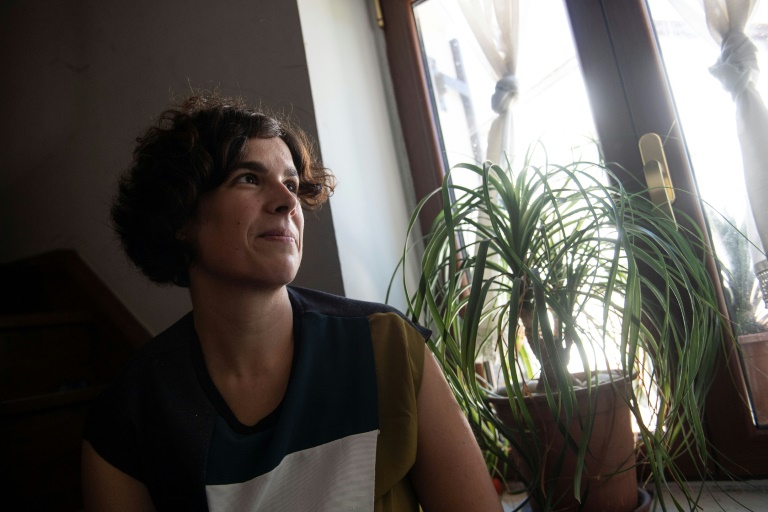 In Ms. Alcorta’s case, the Spanish state responded to the UN Committee that “choice of childbirth is not possible” and that the choice of intervention is “solely” in the hands of the doctor. national courts that ruled in favor of the hospital.

“I wasn’t looking for à la carte delivery at all, I was looking for humane treatment and I didn’t get it,” Ms Alcorta defends.

“I am not against interference that is justified (…), but the limit must always be consent and respect,” she explains.

His lawyer, Francisca Fernandez Guillén, notes that caregivers and even women’s families sometimes try to minimize the trauma they’ve experienced and urge them to “forget what happened.”

However, some doctors believe that the practice is changing, such as Daniel Morillas, Vice President of the Spanish Federation of Associations of Midwives (FAME).

In his 16 years of experience, he says, he has witnessed increased awareness of mothers’ rights and her “active” role in childbirth, while recognizing that much remains to be done.

“The first thing to do to combat obstetric violence is to acknowledge its existence,” he told AFP.

According to him, “many doctors and midwives recognize that they exist and are trying to change something.”