Adriana Pianelli called out the names of her husband and son as she watched them disappear under a sea of ​​mud in an underground garage in Pianello di Ostra in Marche, a region in central Italy devastated by waterspouts on Thursday night.

“I screamed Andrea! Giuseppe! But the water was rising so fast, full of mud, that they had no chance,” the woman, who thus witnessed the death of Andrea, her 25-year-old son, and Giuseppe, her 65-year-old son, told AFP. an old husband who wanted to pull out his car to take her in.

“It was like a tsunami. They were there, and then they disappeared,” recalls Adriana, who was waiting for them at the entrance to the garage.

Pasquale Avallone, he believed that his last hour had come when the water invaded his house and eventually rose to the level of his neck.

“The front door was ripped off its hinges and I was thrown against the wall. I managed to climb onto the closet and there I was waiting for my death, ”he says, and Italy is shocked by the disaster that claimed the lives of a dozen people.

The 30-year-old shop owner, barely holding back tears, picks up his son’s mud-splattered toys and throws them on furniture piled up in the street in Pianello di Ostra, where four people died.

“I used to have nothing, and now I have nothing but a drowned parrot,” he says, shirtless and in shorts, his legs and arms still covered in mud.

Faced with disaster, residents use brooms to drive water out of their homes or try to clean their personal belongings as best they can. New rains are announced, and they look anxiously at the gathering clouds in the sky.

“It hit us like a whirlwind,” says Bruno Ferri, a 52-year-old man who helps his neighbor wring out the dresses of his six-year-old daughter with cancer. Her medicines are the only thing she managed to save from the water.

“It was scary because it all happened very quickly. It was like the sound of a waterfall, you could hear the river quickly overflowing and rising,” recalls Laura Marinelli, a 33-year-old lawyer who lives on the first floor of an apartment building. building in Ostra.

“I grabbed my one and a half year old daughter by the hand and we took shelter with the neighbors upstairs,” she continued, still in shock. “Finally civil protection came to our rescue” on the roof, “we have lost everything, all the photographs and letters that we cannot replace.” 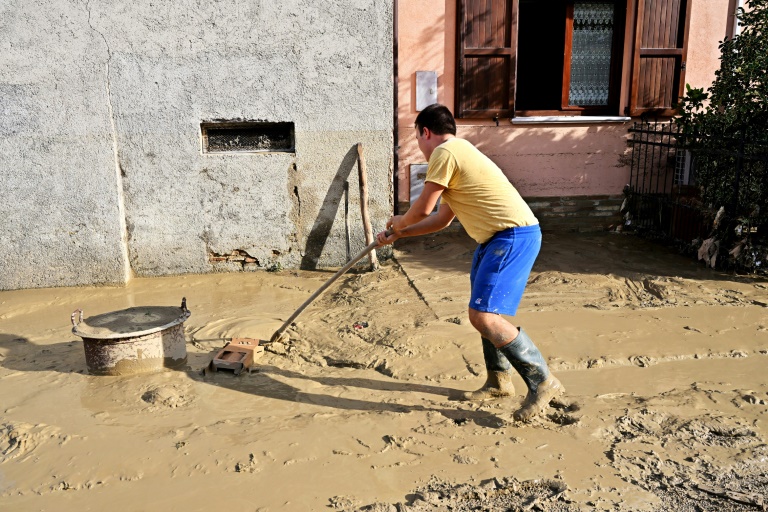 “If it had happened later, we would have been asleep and probably would have died,” she says, pointing to the roof she climbed with her husband and daughter to escape the rising water.

Cars lifted and carried away by the water now lie on their side. There is a strong smell of sewage and fuel everywhere. There is no drinking water and nothing much to do but wait for help.

“If the state does not intervene quickly, the revolution will happen quickly,” warns Pasquale Avellone’s son-in-law Marco, as the government declares a state of emergency in Marche and releases the first tranche of five million euros for aid. . 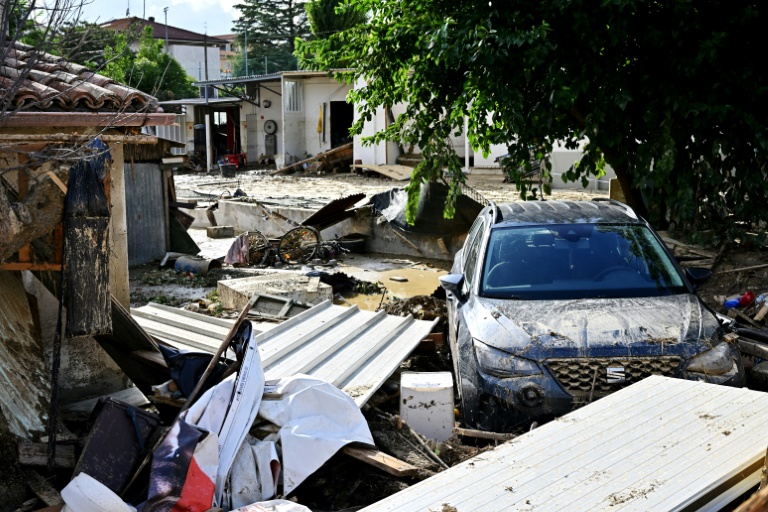 There will be strong abstention in the region’s September 25 legislative elections, he said, as most parties ignore climate change, which is known to increase the risk of extreme weather events, he said.

“They promise something when there is an election, but you cannot count on them to actually do what is necessary, to do everything possible to prevent such nightmares,” he laments.