Project Monarch, also known as One Outlook, took two years to create. Ever since Zach Bowden first announced its existence, Microsoft has been quietly working on this project and now can finally reap the fruits of its labour.

One Outlook refers to Microsoft’s strategy to unify email across all platforms over the Internet. Therefore, One Outlook may result in different web applications for each operating system.

During this time, Microsoft has focused its efforts on modernizing Outlook Web and improving its performance so that these applications are competent. Starting today, we can already test with personal “Outlook for Windows” accounts. 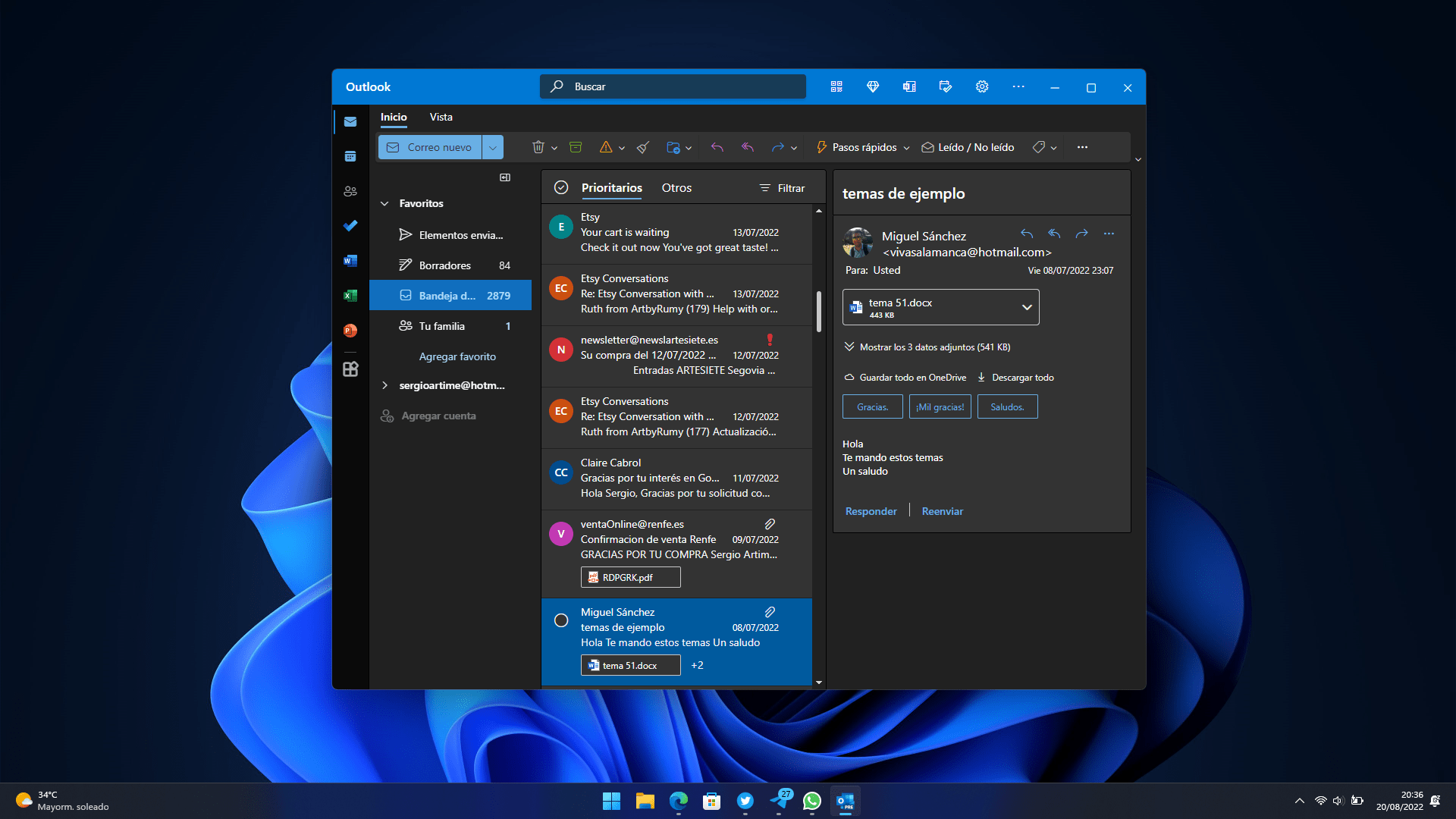 Outlook for Windows is far from being able to replace the native email app.

As you can see, the interface of the application is almost identical to the Outlook web page, except for the ribbon at the top and some other small details.

This app will one day replace the native Windows 10 and Windows 11 mail app, but that’s a long way off. Among its main disadvantages are:

Opening the app and doing things within it works surprisingly well. Here you can see the huge amount of work that Microsoft has done during the rewrite of this entire type of client.

Outlook to consume Windows resources is fine. As you can see in the screenshot, the open email app’s RAM consumption is over 350MB, which is acceptable for a web app, though far from the 60-70MB of a Windows app and Windows 11 UWP.

In short, we think this first look at what claims to be a native Windows Mail app in the not-too-distant future has its lights and shadows. While its performance is acceptable and aesthetically compatible (though not pretty), the app still lacks core features for a high-end email client.

We recommend installing it if you are curious and want to follow its development, but you will have to be patient. And you, what do you think of all this? Do you think Microsoft is right in betting on a web app for this service?