news culture ‘We didn’t want to get into a free attack’: After feedback on his latest video, the Attic Player explains himself


Le Joueur du Grenier released their Christmas video with a slight delay. And for the latter, he chose a difficult topic, as he watched Bible video games with his team. On his Twitch channel, he shared behind the scenes of this video like no other.

Last month Attic Player shared FAQ video. Like every year, it was an opportunity to get acquainted with completed and upcoming projects. And it was on this occasion that Fred and Seb du Grenier announced the postponement of the Christmas JDG. In itself, nothing surprising, since delays in the chain are common. The two friends had fun. As for the Christmas video, the Grenier team had only one month to create it. Knowing that JDG traditionally takes them two months to produce, the bet seemed pretty risky. However, this is not for lack of trying, as the teams have been hard at work to turn around quickly. “We stuffed {…}, but it really took us two weeks to be sure,” Fred explained.

So finally this video came out in January with a rather unexpected topic: bible games. Live on his Twitch channel, Fred returned to the reception this JDG received yesterday and is flawless. The episode started off with good numbers, but also good reviews and comments. With such a delicate subject, however, the case is not won, especially if you know the sometimes very sharp humor of the Attic Player. “We didn’t want to fall for baseless attacks,” Fred explains on his livestream, “we didn’t want to make a video that was blasphemous to be blasphemous {…} it wasn’t fun to do and it was doing too much.” And apparently it worked, as many believers described the video as funny and respectful, but despite the generally positive reviews, there were still some spoilers in the comments. 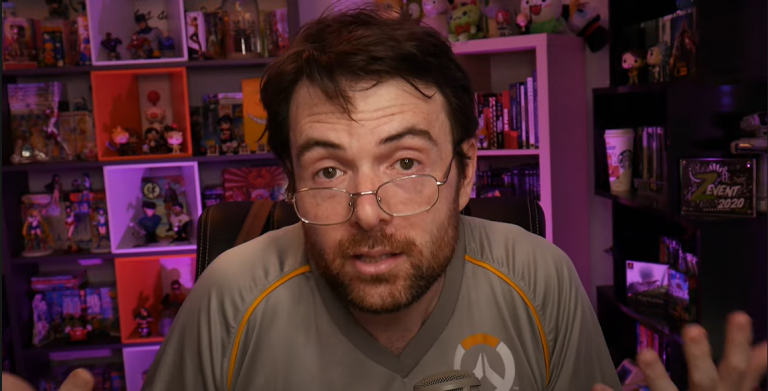 It’s impossible to please everyone. That the Attic Player knows this well. It initially received some criticism over the approximations made in the video, in particular the mixing of Catholics and Christians. In this respect he has already revived his guilt. And during the same live, much less justified and meaner criticism was voiced, namely, “what about Muslim games?” The answer is in the video:

But literally in the video, I say that we were looking for games about Islam, but we didn’t find them, they don’t exist. We found a game called “Muslim 3D” that I talked about in the video, which is an educational game. 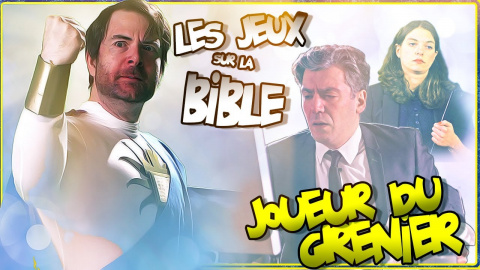 For Attic Player this is not a problem. These people obviously haven’t seen the video, and so it’s only natural that he chooses to ignore their criticism. So the results are more than positive and we applaud the teams for being able to make a video on such a sensitive topic without offending the first stakeholders. If you haven’t seen it yet and want to discover Bible Adventures, Captain Bible or Your Testament, we can only invite you to discover this new JDG right now. here.