Twenty years ago Soumya Swaminathan watched her AIDS patients die often excruciating and unnecessary. Medicines to save them existed but they could not afford them.

“I saw patients die. Horrible deaths, at the end of a long agony, while treatments were already available in the West,” recalls the chief scientist of the World Health Organization, in a recent interview with AFP.

The inequity of access to anti-Covid vaccines awakens in her these painful memories of the end of the 1990s in India.

“I have lost so many patients and children who have been orphaned. These images continue to haunt me,” says the pediatrician and Indian researcher, now 62 years old.

Effective treatments for people with HIV first appeared in the mid-1990s, but were too expensive for poor countries.

It took almost a decade of concerted effort before they finally became affordable.

The pediatrician, today one of the main people responsible for the fight against the Covid-19 pandemic within the WHO, finds it disappointing to find herself faced with the same mistakes of the past.

“You have to learn from history but it seems that this is not the case,” she said.

Currently, only 0.3% of all doses of anti-Covid vaccines administered worldwide have been in poor countries, which nevertheless represent 10% of the world’s population.

“This is something that is very difficult to attend, morally and ethically. It is unacceptable,” says Dr. Swaminathan.

The result of an international effort, the Covax system was nevertheless set up upstream to try, precisely, to fight against vaccine inequality.

Soumya Swaminathan, the chief scientist of the WHO, on May 8, 2021 in Geneva (AFP – Fabrice COFFRINI)

But under pressure from public opinion, the well-to-do countries grabbed most of the available doses and promised to vaccinate as many people as possible.

The Covax system, lacking funds and deprived of vaccines diverted by the Indian government to fight the explosion of Covid-19 on its soil, has so far only been able to achieve a very small part of its goal, to vaccinate 20% of the population of all participating countries by the end of the year.

The scientist hopes that in the end, the Covax, which she says is already making a difference, will be a success.

The first months of the pandemic were “extremely difficult”, recognizes Soumya Swaminathan, whose role as chief scientist gave her “an enormous sense of responsibility”.

Especially since by agreeing to inaugurate this post, of which she is the first occupant, she came to Geneva without her family, who remained in India, where the pandemic has been exploding for a few weeks.

“In a corner of your brain you worry about the family,” and especially the very old parents, she admits. 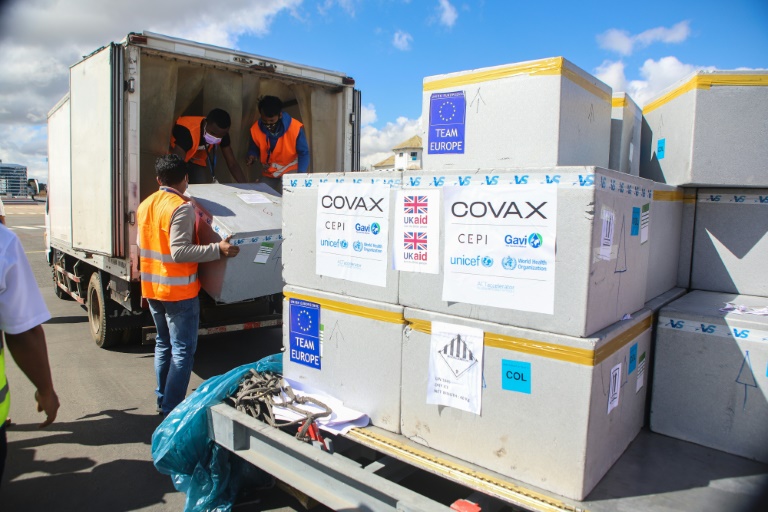 Delivery of doses of the Oxford / AstraZenaca vaccine by the Covax system at Antananarivo airport, May 8, 2021 in Madagascar (AFP / Archives – Mamyrael)

His father, MS Swaminathan, a geneticist considered to be the father of the Green Revolution in India, is 95 years old and his mother, Mina, a renowned educator, is 88.

“We have all done with it”, she says, confident that to escape burnout, she tries to maintain a balance between private and professional life, despite long working days, which usually start before 7:00 am and end. late in the evening.

Walking in the majestic landscapes around Geneva helps him.

“Nature served as therapy for me,” she explains.

A welcome respite when they and his team tried to understand a virus with previously unknown effects on humans.

“We were building the boat while piloting it,” she says. 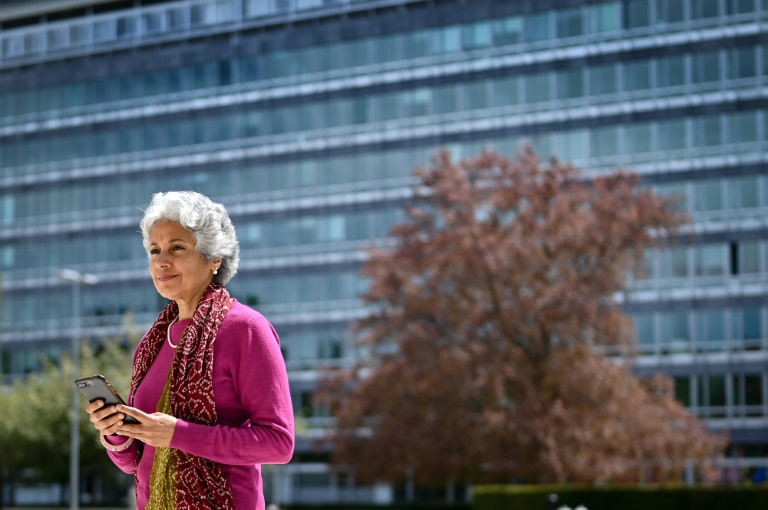 Soumya Swaminathan, the chief scientist of the WHO, on May 8, 2021 in Geneva (AFP – Fabrice COFFRINI)

“There are days when you feel really depressed and sad and upset, especially when you see the pictures of the people affected, the caregivers who have died, my own colleagues and classmates that I have lost” and then d ‘others “where we are more optimistic”.

One of the biggest sources of frustration for Dr Swaminathan is the constant attacks “from the anti-science movement”.

“It’s not just the skeptics, but there are people who deliberately spread conspiracy theories,” she accuses.

“We have to fight disinformation and these conspiracy theories while trying to provide evidence-based public health recommendations,” she said.

“Unfortunately when you have to deal with a new virus and a new epidemic, you don’t know everything there is to know from day one,” regrets the scientist. For her, one of the lessons to be learned from this pandemic is that “scientific and health education are really important”.