This week the public session of the general assembly of CigrefBoth in person and remotely, since it is in the process of establishing itself in the company’s operating modes and certain fairs in 2021. Thus, 300 people had chosen the petits fours and the networking cocktail, when another 600 privileged only the content, the debates and reflections on information systems that were the focus of attention during this session. In total, more than 900 people were exposed to this public session, not to mention newcomers who continue to enjoy streaming. This is more than the other annual public meetings of this association, generally limited by the capacity of the chosen room and the allocated budget.

So there is no longer any question about this hybrid model when it comes to sharing content and engaging members.

Regarding the content GreenSI I found the spirit of the book there “The Art of War” from Sun Tzu, to prepare his troops for a campaign that will be difficult. Because CIOs have become soldiers in the middle of a war they don’t control. A war against a digital environment in which IS departments are working daily, as they can, being subject to the rules and strategies of many other much more powerful and influential technology players.

Gone are the days of the IT department focused on the sole governance of its ocean liner’s trajectory, when ocean weather was not a parameter. Today, this trajectory is very strongly influenced by the external, whether for example in the migration to the Cloud, which is a subcontracting of platforms to focus on applications and their uses, or the cyber risk that makes them face a network of criminals who have industrialized their extortion models.

But as it is written Sun Tzu, the oldest known Chinese military strategist: “War is serious business; the place where life and death meet; the path to survival or destruction. So think carefully.”

It is above all an economic war for digital transformation, with the risk of disappearing. 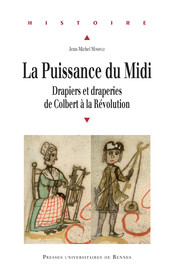 Is Cedric O, the Secretary of State for Digital, who in his introduction reminded attendees that the “old houses”, referring to members of large companies of the Cigref, but also state services, were facing a period of strong transformation. Everything is changing with the development of digital technology, of course the company itself, but also its external environment, from social democracy and interpersonal relationships, to the balance of power between countries.

He reminded the audience that all of this happens regularly with every major technological advance, such as the arrival of electricity or steam that surpassed the mighty curtain houses in the 19th century that were not adapted, as the work of the economist has shown. Paul A. David. He called for the CIO community to succeed and for these companies to emerge stronger.

The majority GreenSI uses other works by Paul A. David, because this economist is also known for having demonstrated in “The Economics of Qwerty”, the weight of small events in the result of technological competition (such as the choice of keys on the Qwerty keyboard), that by the presence of increasing returns when adopting them, quickly leads to the supremacy of a technology that is not the most efficient. It should be remembered that the choice of keys on the Qwerty keyboard was made for slow typing in the days of IBM typewriters (which could fail), and it has endured as it was increasingly costly to go backwards. We will come back to that.

It is also a war of influence, at the level of digital associations, states and even Europe.

GreenSI found particularly interesting the round table that brought together the presidents of other European associations (Beltug, CIO Platform Nederland and VOICE) on this topic.

For German CIOs the current problem is that of Quality. I know it sounds cliché, but it shows us that those who have found a place on the podium of the global automotive industry for the quality of their products, find that the computer industry does not have the level of quality that was expected. , given the ever-increasing risks looming over it. German CIOs see the digital industry as a “magic” world where eliminating servers would solve all problems and where manufacturers pass risks and failures to their customers with the product. Therefore, they ask for the imposition of regulations that compromise the legal responsibility of suppliers to comply with them. Also, to go in this direction, GreenSI It cautions that when Tesla breaks into the automotive world, it is being asked to abide by the standards of this industry and not that of the dual computer that produces the autopilot of its cars.

For Dutch IT departments, we also found this imbalance with the GDPR that has certainly gone too far by putting the responsibility for the infrastructure of the providers on the customers. So your faulty car you just bought doesn’t benefit from any recalls, and you may pay a 4% penalty on your sales if you use it with your customers. 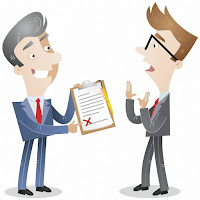 Finally, for Belgian CIOs, whose priority is also migrating to the cloud, we are surprised that there is no no penalty for half-day unavailability of a SaaS, PaaS or IaaS platform, on which the company will have built its SI.

However, the cost of this unavailability is very real and for 10,000 users a loss of one million euros can be assessed, not counting the operating loss. Therefore, it is up to the company to take out insurance to insure this risk, which is, however, that of the supplier.

The expectations of a European bidding regulation and a rebalancing of responsibilities are therefore a strong expectation of European CIOs. It has never been more important to return the voice of users to those who imagine the laws, because behind these testimonials, in fact, it is an IT department surpassed by the providers that shines.

The “Qwerty du Cloud version“It is being done every day, on the right foot, amalgamating more and more potential problems for users. 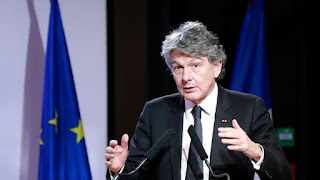 For Sun Tzu, the goal of war is to force the enemy to give up the fight, even without fighting., thanks to cunning, espionage, great mobility and adaptation to the opponent’s strategy.
Can Europe help with regulation? We will have to try, and the name of Thierry Breton, European Commissioner for the Internal Market, is cited as that of the Messiah.

But let us continue to distrust hope in regulations.
When looking at what is happening in France, where the “Cloud of Trust” seems to have been shattered to bring GAFAs to the Administration through the doors of their traditional suppliers, without addressing this imbalance in the relationship, nor the underlying model. At the other extreme, the norm #SecNumCloud that is installed is based on obtaining military services and is not available to a myriad of French SMEs. Also, it is certainly an over investment compared to most commercial applications (risk analysis to be done). The consequence of this choice imposed on the tenders is likely to strengthen some large groups, mostly Americans.

In these contenders, Microsoft has certainly managed to pressure theANSSI wave DINUM, since they are even preferred to other Americans in the official lists of providers, in the Cloud and in software, ahead of the French alternatives. But Microsoft decides on its own policy, such as the release of Windows11 that schedules the obsolescence of machines used in business (see When will a responsible OS be?) That will have to be managed by these same CIOs.

Didn’t we come back with the cloud, in the same dynamic as with the Qwerty keyboard?
Do our administrations renounce the costs of going backwards (letting another model emerge) and prefer to reinforce an existing one that we know is less suitable and risky for our sovereignty? 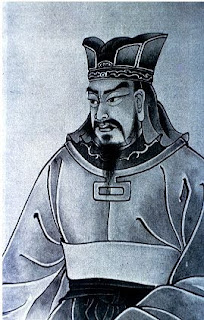 Finally, we will finish this post on the importance of the field., highlighted by Sun Tzu : “Whoever ignores the nature of the terrain – mountainous or wooded, rugged or swampy – will not be able to advance his troops.”

It is in this spirit that the Cigref has carried out a meticulous job of describing this terrain and developing scenarios for possible digital horizons. They are published in your strategic orientation report 2021: “Digital futures: What trajectories?“.

Five trends were envisioned in the 2020 report:

Based on these 5 trends and their intersection, working groups and experts, led by the firm futuribleI have imagined four horizons for 2030-2035, depending on whether the global digital space is becoming more or less fragmented, and whether the fight against the law of the fittest is successful. 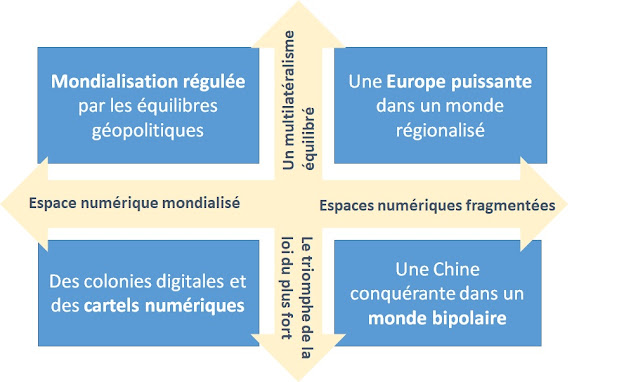 If we do nothing, the scenario that opens is that of digital colonies and digital cartels. This is the worst case scenario from which we seek to deviate by rectifying the trajectory, as is the case with the IPCC model for global warming. The preferred horizon of Cigref members is clearly that of a powerful Europe, but the drift towards a bipolar world seems highly probable for GreenSI (see the post Achilles and the Internets).

This Cisco certification package is just $ 14.70 with code on Cyber ​​Monday

This Cisco certification package is just $ 14.70 with code on Cyber ​​Monday