As every year, Apple occupied the media field of this re-entry with the new iPhone 13. More powerful screen, improved autonomy, even better in photo and video… The new Apple smartphone ticks all the boxes. And yet the “wow” effect is less apparent this year, particularly due to a design that has barely changed compared to the iPhone 12. On the smartphone side this year, the real surprise could come from Google. with the Pixel 6. and Pixel 6 Pro. Their official presentation will take place on October 19, but we already know almost everything about the design and performance of these two Android smartphones.

The Pixel 6 inaugurates a complete design redesign that affirms a decidedly high-end style, endowed with a real aesthetic signature with the photographic module that extends across the width and a play of colors and materials. A bolder and more distinctive look that will make the Pixel 6 stand out from the competition.

In addition to form, Google has also done a lot of substantive work with the announcement of its first in-house engineered processor. Google Tensor SoC (system on a chip) was designed for Android, just like Apple does with its own mobile processors.

At the moment, Google has not communicated on the performance of this SoC, which we will wait to see how it measures against Apple chips. In any case, based on benchmarks by our colleagues at CNET.com, Qualcomm’s high-end Snapdragon chips found in previous Pixels have always been less efficient than Apple’s SoCs. Will the Tensor processor change course? 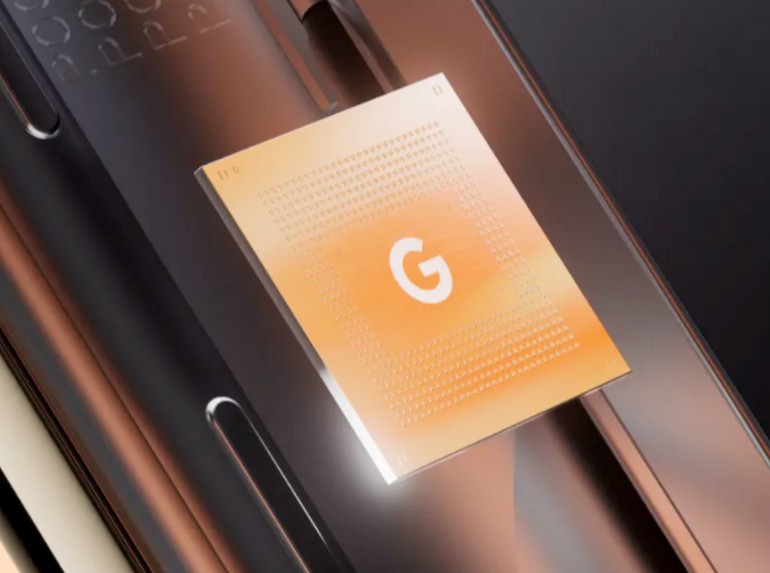 Until now, Google has used Qualcomm chips in its smartphones. The Pixel 6 marks a major change in direction with the adoption of its Tensor processor. © Jon Prosser

The promises of Android 12

Pixel 6 and Pixel 6 Pro will ship with Android 12. This is the most significant update in several years, especially in terms of the interface that still gains in customization possibilities. There is also a new privacy panel that shows which apps access your personal data and how often. Notifications and the quick settings panel also have a new look. Also worth mentioning is the custom color feature that uses the dominant shade of the wallpaper to coordinate the system colors of the entire phone. 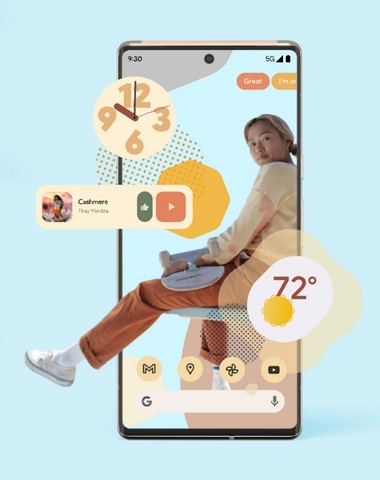 In addition, Google insists on the fundamental role of artificial intelligence at the heart of the Pixel 6, which could be reflected, for example, in the level of performance for language translation and photography that already makes Pixels a benchmark in this field. In short, it seems that Google has put everything on its side to invest like never before in the ultra-competitive market for high-end smartphones. We will have to wait until October 19 to get to the bottom.