Xbox, be it One or Series, is definitely a safe bet: Xbox Game Pass not only enriches it regularly, but sometimes offers very interesting games, especially in August. Perhaps you will find your happiness there.

Souls-likes are definitely popular, and so it makes sense that this formula has been picked up by many studios around the world. This time Thymesia is a game developed by Taiwanese studio OverBorder and edited by Team17. So we have a decidedly dark adventure in which we can follow the journey of Corvus, the masked hero unleashed into a world where a kind of black plague is eerily spreading. The slight difference is that it can be used against the environment, for example by stamping its weapons with the intent to infect opponents. A title heavily inspired by Bloodborne, with rendezvous difficulties and therefore a potentially good surprise.

The Two Point saga gets a good backstory in the middle of the management games, and its latest episode, Two Point Hospital, was a really good showcase for that. Therefore, fans of the genre will be happy to know about the return of the Two Point Campus saga, which, as the name suggests, this time asks us to manage the university, developing it as much as possible, making our students better … and making a profit. Aside from the very well-oiled mechanics, the title published by SEGA is based on a wacky, funny universe full of black or absurd humor that often hits the mark. We’re pretty sure this will be a safe bet, so keep an eye on the app you’re looking for to experience this style.

Cult of the Lamb 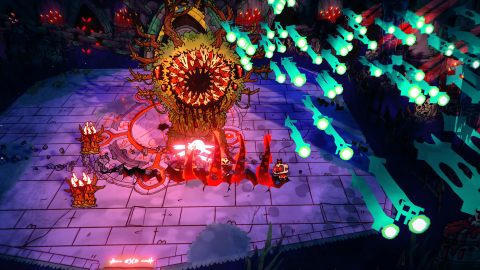 When Devolver Digital announces a new game, one should always keep a close eye on it, and Cult of the Lamb is certainly no exception to this tradition: it is even one of the most exciting games of the moment. Created by Massive Monster, this spectacle puts us in the shoes of a lamb rescued from the slaughterhouse by a mysterious man: enlightened, you will then form your own sect and attract as many followers as you can while facing the false prophets that stand in your way. . Yes, especially the WTF pitch, but the sophisticated atmosphere and appealing art direction for this roguelite and dungeon-crawler that made a lot of noise. It is also often compared to the Binding of Isaac, which obviously should not displease us, let’s face it. 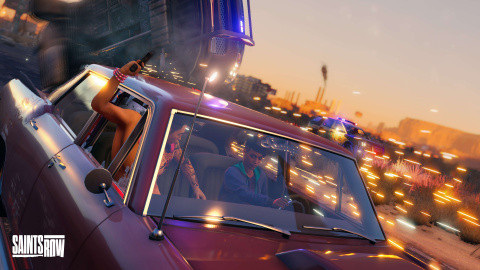 After four episodes of increasingly implausible concepts, the Saints Row saga found it increasingly difficult to continue on the same paths, and so Vollition had to opt for (quite logically, however) a very fashionable reboot run. So here is Saints Row, the revival of a saga that still promises to be like GTA, but this time in a brand new Las Vegas-inspired setting called Santo Ileso. Otherwise, we’re on familiar ground: we have to create our “Boss” thanks to the ultra-light character editor and grow our Saint gang by crushing the competition. Again and again, the adventure promises to be very irreverent, often parodic, but with one slogan: entertainment for a completely crazy sandbox. 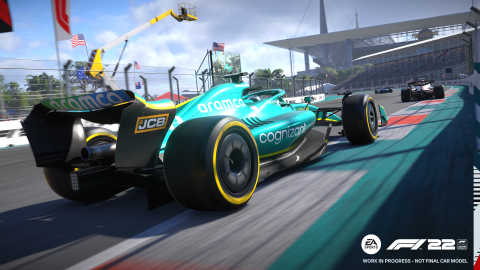 “Control” simulations are quite popular, and if for many the famous Football Manager remains the benchmark, we must not forget F1 Manager 2022, which pays homage to motorsport. Thus, we find ourselves at the head of a Formula 1 team with this advanced software developed by Frontier in collaboration with the FIA: the player will have to take care of all aspects of the company, from the development of a single car to factories. , under forget the contract of pilots or different budgets. Racing will also be important, with the right strategy to win the famous championship. In short, something to enjoy if you are a fan of discipline, a huge support life. 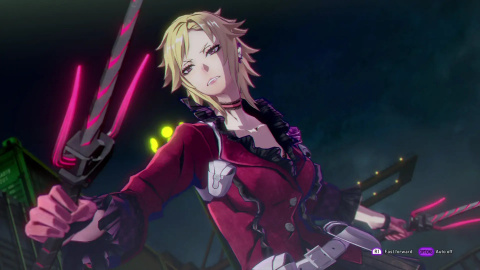 Soul Hackers 2 is a rather unlikely sequel, as it continues the story of its predecessor Devil Summoner, which came out twenty-five years ago on the Saturn and then on the original PlayStation. Suffice it to say that Atlus has a real legacy: this quintessentially Japanese RPG embedded in the Megami Tensei series should therefore delight fans of the series (and just as much to say some of them have) by allowing them to find “cyberpunk and a dangerous world”. Japan”. In particular, we will take the side of Aion agents, whose goal is to “decipher fate” in order to try to save the world from the apocalypse. The program is loaded and, in turn, let’s indicate it. 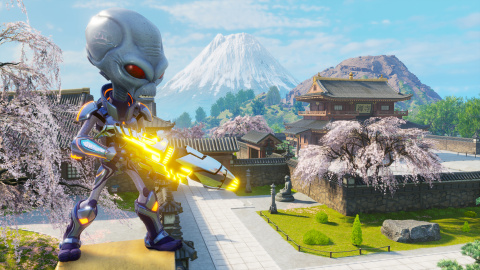 After remaking the first episode a few years ago, THQ Nordic is back with a redesign of its sequel, originally released in 2006. Rest assured, the goal remains the same: we embody Krypto, a particularly angry alien who must exterminate the human race in all four corners of the world. Therefore, it is with the help of an important and especially wacky arsenal that our alien will go and make his prey, even with large-scale destruction and local two-player co-op mode. Quite a fun experience and a real stress reliever who also chooses to ignore PS4 and Xbox One to better take advantage of the possibilities of the new consoles.

Pre-order Destroy All Humans 2 Remake for €39.99 on Xbox Series on Amazon.