Microsoft has added a new feature to its Xbox app for PC that lets users know how long it will take them to complete a game.

HowLongToBeat is a game end time database now integrated into the Xbox PC app. Users can see how long it takes them to complete a title on the Details tab. 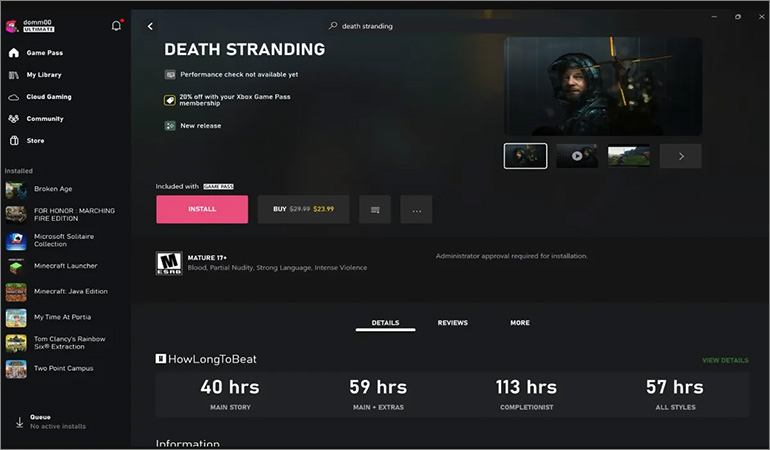 There are four completion categories: Core, Core + Bonus, Finalizer, and All Styles. The main story is the time it takes to complete the game, while the main + bonus story involves completing side quests and other unlockable objectives. Finalizer is for those who want to complete all the objectives, and All Styles is the time for all playstyles that are considered in the assessment. These estimates are provided by the HowLongToBeat community, who provide their metrics for estimating completion times.

Along with this new feature, Microsoft has also improved the app’s performance. It now launches 15% faster and some tweaks have been added to make it more responsive.

Xbox Game Pass is an offer that allows you to play customized Xbox video games on your Android or iOS smartphone or tablet and Windows 10 PC. To use the app, you must have an Xbox Game Pass Ultimate subscription.