After numerous leaks, Microsoft has just formalized the Elite Series 2 CORE controller at a more competitive price than its older sister.

There’s no extra stick, no extra paddles on the back, and you also don’t have a recharging base in the carrying case.

The release date for this new controller is set for September 21, 2022, and pre-orders are now open.

> Pre-order your controller from the Microsoft Store.

If you’d like to buy the accessories separately, that’s also possible as Microsoft has also announced a pack of interchangeable parts for the Xbox Elite Wireless Controller Series 2 controllers.

It retails for €59.99 and includes interchangeable joysticks, paddles and crosses with different directions, all in a shipping box with charging station and USB-C cable. 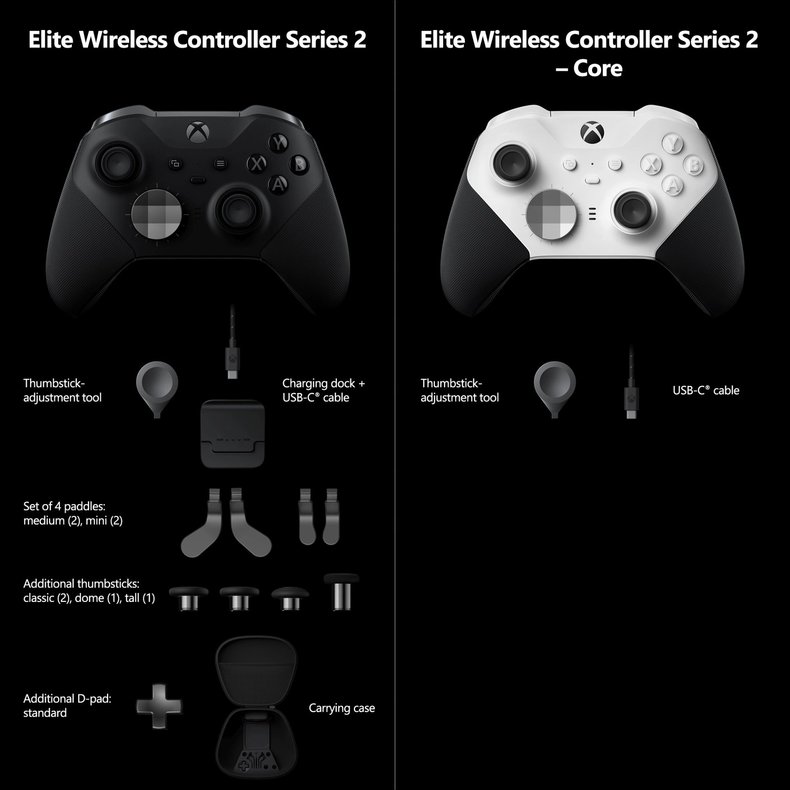 Among the interesting improvements made to this controller, Microsoft points out that they listened to player feedback to make it a more reliable product.

Therefore, we hope that they will have increased durability and that issues with grips, keys, and joysticks will not affect this new version.

Finally, Microsoft has announced that this new controller will be customizable in the Xbox Design Lab later this year.