Back to School for Xbox Game Pass. Microsoft is adding a new collection of games to its video game service catalog.

After a shortage, Xbox fans will be able to enjoy new Xbox Game Studios titles in September on Xbox Game Pass. Finally, “new”… should probably be said quickly.

Here is the list of games added by Microsoft for this September.

Among the games we remember is the early release of Grounded, developed by Obsidian under Xbox Game Studios. This cooperative survival game puts you in a very large garden like “Honey, I Shrunk the Kids”. This version 1.0 of the game should bring an amazing scenario.

Hardspace Shipbreaker made a splash on PC earlier this year. Now it’s a console release that an indie game can afford with Game Pass from day one.

For a more family-friendly audience, Microsoft continues to diversify its catalog with the addition of the Super Pets game from an animated film recently released in our darkrooms. The firm has also added Pat Patrol in recent weeks. 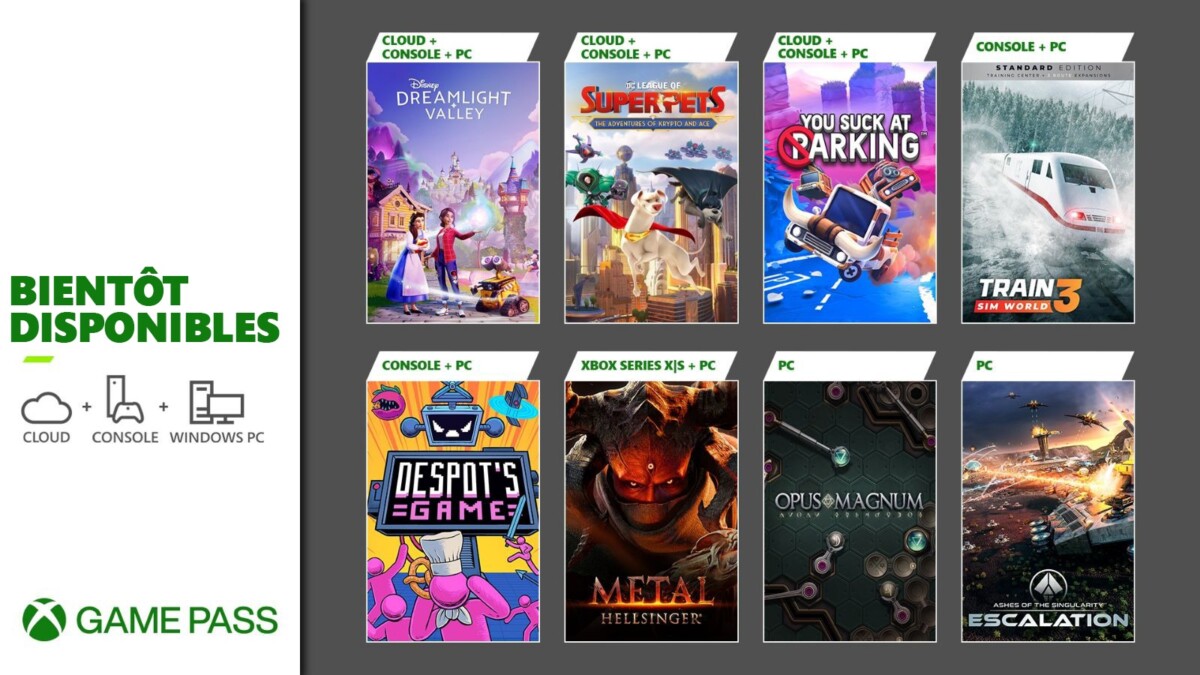 Several major Xbox Game Pass titles will leave the catalog in September. Here is the list.

Remember that you can take advantage of the discount to purchase these games before they leave service. Enough to calmly continue the game without rushing.

An Xbox Game Pass Ultimate subscription bundles all of Microsoft’s gaming services. You can subscribe to it at a ridiculous price, thanks to the conversion offer.
Read more