Game news Xbox Series: Microsoft has dropped one of the biggest Marvel exclusives on PS5 and PS4!

In recent years, the Marvel superhero universe has invaded darkrooms, but not only! The video game also featured many members of the rival DC Comics team who interfered with various studio productions. Among them we find a very strong Marvel’s Spider-Man license developed by Insomniac Games. Exclusively for Sony platforms, it could have a very different fate, especially for Microsoft, the eternal competitor.

For Marvel, Spider-Man’s heart has oscillated between Microsoft and Sony.

There was a time when Activision brought many of Marvel’s works to life. The American giant has been interested in a range of superheroes, whether it be solo adventures, as in the case of Deadpool, or groups with members of the X-Men and the Avengers. However, one of the most common licenses revolved around Spider-Man, but that was before things took a very different turn. Since the release of the first Iron Man movie in 2008, Marvel’s aura has continued to grow throughout the 2010s, becoming a real phenomenon that the comics company quickly wanted to expand, especially through video games.

After the termination of the contract with Activision, Marvel with the firm intention of releasing a new major license for Spider-Man knocked on the door of Microsoft. In his book The Ultimate History of Video Games Volume 2, Stephen L. Kent tells us that Marvel approached Microsoft to make a deal and make it exclusive to the platform. It was at this point that the story could have taken a huge turn, as the Redmond-based firm simply backed out of the deal, much to Sony’s delight.

The Marvel’s Spider-Man box on PS4 and PS5 might never have arrived!

If Microsoft explained that it wanted to give priority to intellectual property (IP), Sony, for its part, rubbed its hands and jumped at the chance to win this agreement, which could not be more juicy. Four Sony and PlayStation executives (Adam Boyce, John Drake, Connie Booth and Scott Rohde) jumped into action and signed a contract with Marvel to release games that could rival the caliber of Batman Arkham. 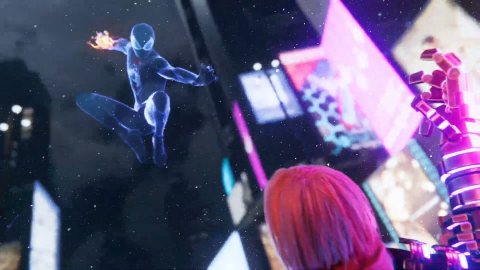 For his part, Kent met with Marvel’s Jay Ong, and the man confirmed to him Sony’s desire at this point to create a major exclusive franchise, and that it had set aside a “giant marketing budget” in addition to the “terminal-end-of-service” proposal that Activision could not achieve. In retrospect, Jay Ong believes that the success of Marvel’s Spider-Man on PS4 was “the first time Marvel recognized the true potential of video games as a medium.” 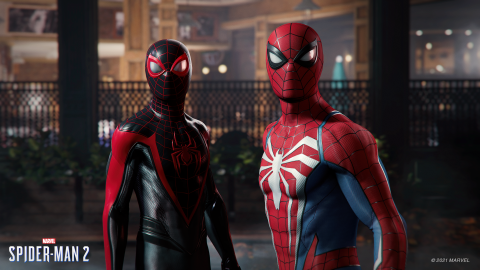 Today, this license is a delight to its development teams and, by extension, Sony and PlayStation, who are watching it with great attention. Marvel’s Spider-Man: Miles Morales is on fire on PS5, and the sequel to the franchise with a second installment promises to be even more epic with a darker dimension and an expanded cast. Also, we may have news very soon!