business news Xbox: Sony on alert after Microsoft’s takeover of Activision and Call of Duty

Behind this is rhetoric and reality. Early in the year, Microsoft’s takeover of Activision Blizzard was such a shockwave that Microsoft’s giant rivals inevitably reacted internally with a strategy to counter the giant. If the parties involved showed a certain amount of phlegm to show their calmness, certain information tends to prove that the announcement was taken as an earthquake. And it’s not the first time this has happened…

Twenty years ago, when SEGA decided to leave the world of console makers, publishers got in touch by welcoming the new publisher with welcome messages. But for some, like Electronic Arts, it was just a show. Because the moment SEGA announced its intention to become one of the main publishers, the new competitors simply organized crisis meetings! And the American publisher went even further, writing a salty letter to the attention of the highest authorities of Wall Street. Obviously, real fears were hidden behind the displayed smile. Today, history is repeating itself with a firm far more powerful than SEGA was in its day.

This information did not come out of nowhere. As you know, Microsoft’s takeover of Activision Blizzard has been confirmed by stakeholders, but is still under review by competition regulators around the world. If the transaction was confirmed, Microsoft and Activision Blizzard must wait for various fees to be returned in order to release the champagne. And it is the Brazilian Commission that interests us here. The latter used the services of a law firm whose task it is to verify, point by point, all the intricacies of this gigantic acquisition. Thanks to a series of questions/answers organized with the giants of the industry, they have put together a report in Portuguese that has just been made public. And when we look at the Sony case, some of the answers are far from missing. See instead:

Building a high-end AAA game (such as Activision’s Call of Duty) requires a budget of hundreds of millions of dollars and thousands of employees. Microsoft and Activision’s competitors in terms of game development and publishing are SIE, Nintendo, EA, Ubisoft, Epic Games, Riot Games, Warner Brothers Interactive, Rockstar, and Take-Two (owner of Rockstar and 2K). However, besides Activision, there are several developers/publishers capable of releasing AAA games such as EA (FIFA), Take-Two/Rockstar (Grand Theft Auto) and Epic Games (Fortnite). These games tend to be long-term franchises with big budgets, multi-year development cycles, and large fan bases. And despite big budgets and resources, none of these developers have been able to create a franchise that can compete with Activision’s Call of Duty, which stands out as a category of games in its own right.

From these few lines, we learn that Sony is very serious about the Call of Duty franchise, which is an important part of its catalog, and perhaps fears that it will become an Xbox exclusive in the future. 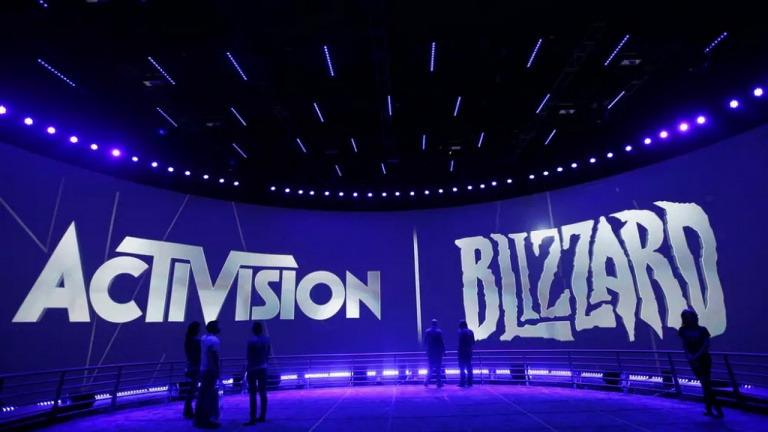 And the sequel is even more instructive, since we’re talking about Xbox Game Pass.

Over the past five years, Microsoft’s Game Pass has grown to represent 60-70% of the global subscription market. This share is even higher in Brazil, where Game Pass accounts for about 70-80% of the PC subscription services market. When Microsoft announced it was acquiring ZeniMax in 2020, Game Pass had about 10 million subscribers. Even if each subscriber purchased the cheapest subscription ($10 per month), the annual subscription revenue is over $1.2 billion. As shown in the graph below (Editor’s note: in a document submitted to lawyers), when Microsoft announced its acquisition of Activision in 2022, Game Pass had 25 million subscribers, up 38% from January 2021, doubling its yearly gamepass. subscription revenue of at least $3 billion.

Reading between the lines, we understand that Sony is wary of the rise of Microsoft and Xbox Game Pass. The manufacturer is aware that the increase in subscribers is pronounced and that it will not decrease. A little further on, the report notes that this rise in power coincides with the interest in content that has been made possible by the acquisition of numerous studios: Double Fine, Obsidian Entertainment, Ninja Theory, and even Bethesda. And that with Activision, the content will be greatly improved.

It is obvious that the remarks are made and do not reveal, in appearance, any tension. But just like SEGA and the “ex-partners” rhetoric, it’s clear Sony’s acquisition of Activision Blizzard isn’t being taken lightly – especially if Call of Duty, capable of selling consoles by the pallet, joins the Microsoft fold in an exclusive fashion. It will be interesting to see how the Japanese company responds to new challenges in the coming months and years. The first answer was given by the appearance of Extra and Premium subscriptions, and the second could well bear the imprint of a certain PlayStation VR2.