With more force than President Joe Biden for the obligation of vaccines in the United States, the mayor of New York, Bill de Blasio, has decided that as of December 27 all companies and private businesses in the city will impose on their employees get vaccinated to come to work.

The Democratic councilman, who will leave office on December 31 to be replaced by the mayor-elect on November 2, Eric Adams, goes beyond Joe Biden, whose vaccination obligation, which is due to take effect on January 4 but is suspended by a court. decision: only concerns employees of companies with more than 100 people.

“Here in New York, we have decided to launch a preemptive strike (against the coronavirus) to really do something daring to stop the progression of Covid and the dangers it poses to all of us,” insisted Mr. de Blasio on MSNBC. channel announcing to everyone’s surprise the vaccination obligation of some 184,000 businesses, companies and businesses.

It said in a statement that all “private sector employers in New York would be affected by the vaccine requirement as of December 27.”

“I think it’s a good idea … for the common good,” replied Sarah Dejam, 30, who works in the legal sector. “A lot of people still get sick from this virus, even from the vaccine.”

But not everyone welcomed this decision, made by an already extremely unpopular mayor.

“I am not surprised that our mayor is using such a brutal means, which ignores our traditions” of protecting individual liberties, said Jeff Bollerman. “Nothing he does surprises me anymore.”

Additionally, “New Yorkers 12 and older will need to show that they have received two doses of the vaccine,” with the exception of those who received the Johnson & Johnson single-dose serum, according to the mayor.

As for children from 5 to 11 years old, they must demonstrate as of December 14 that they have received a dose of the vaccine to participate in “high-risk extracurricular activities such as sports, music and dance,” added the city council.

“New York will not give an iota of ground in the fight against Covid-19,” insisted the Democratic mayor, quite active during the 2020 pandemic, like former New York State Governor Andrew Cuomo.

Mr. de Blasio had already imposed on November 1 the mandatory vaccination to all municipal officials, a measure well applied despite some protest movements by firefighters, policemen and garbage collectors.

The Omicron variant of the coronavirus is now confirmed in at least 15 US states, with some cases in New York state.

America’s largest city has been particularly devastated by the spring 2020 epidemic with at least 34,000 deaths and images of a completely deserted city of more than 8.5 million people.

According to city council data, “New York has administered more than 12.5 million doses of vaccine (and) nearly 6.5 million New Yorkers, 89 percent of whom are adults, have received at least one dose. as) 125,000 children ages 5 to 11 “.

But these measures run the risk of being challenged in court.

Last Thursday, Joe Biden called on his fellow citizens to overcome their political divisions to fight Covid-19, at the time of the arrival of winter and the new Omicron variant. 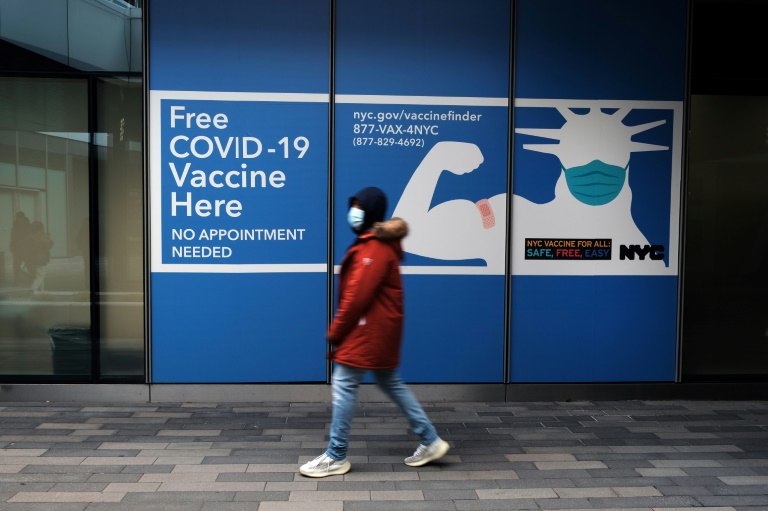 The 79-year-old Democratic president is trying nationally to impose vaccination on public and private companies, but he encounters strong opposition from many Republicans and stumbles over legal proceedings against these restrictive measures.

A handful of Republicans had even tried on Thursday to block a financial law to prevent the paralysis of federal services in the United States, on the pretext that it would help finance the implementation of vaccine obligations to which they oppose.

The budget was finally approved in the evening.