Dozens of jars in LanzaTech’s lab in suburban Chicago are constantly bubbling a beige liquid as billions of tiny bacteria stuff themselves with the gas they swallow to process it.

Thanks to the technology developed here, three Chinese plants are already using these microorganisms to convert their greenhouse gases into ethanol.

Then, through partnerships with big brands like Zara or L’Oréal, that ethanol is in turn turned into everyday products: bottles, homewares, sports shorts or even dresses.

“It is clear that 14 years ago I would not have thought that we would be bringing to the market cocktail dresses from steel mill emissions,” laughs Michael Koepke, who joined LanzaTech almost in its infancy.

The company is the only American among the 15 finalists for the Earthshot Prize, created by Prince William to encourage climate initiatives. The winners will be announced on Friday.

One of the dresses sold by Zara, partly made from recycled greenhouse gases using LanzaTech technology, at the company’s premises in Skokie, USA on November 28, 2022. (AFP – KAMIL KRZACZYNSKI)

Since launch, LanzaTech and its 200 employees have claimed to have avoided 200,000 tons of CO2 emissions, instead producing around 190 million liters of ethanol.

But after spending 15 years developing this technique and proving it feasible on a large scale, today’s goal is to increase the number of participating factories.

“We want to get to the point where we only use the carbon already removed from the earth to keep it going,” instead of extracting more oil and gas, Mr Koepke explains.

LanzaTech compares its technology to the creation of beer: instead of fermented sugar, the raw material here is greenhouse gases, and the final product is ethanol.

The commercial bacterium was identified decades ago in rabbit feces. The company placed it in an industrial setting to optimize its performance, “sort of like training an athlete,” compares Michael Koepke. 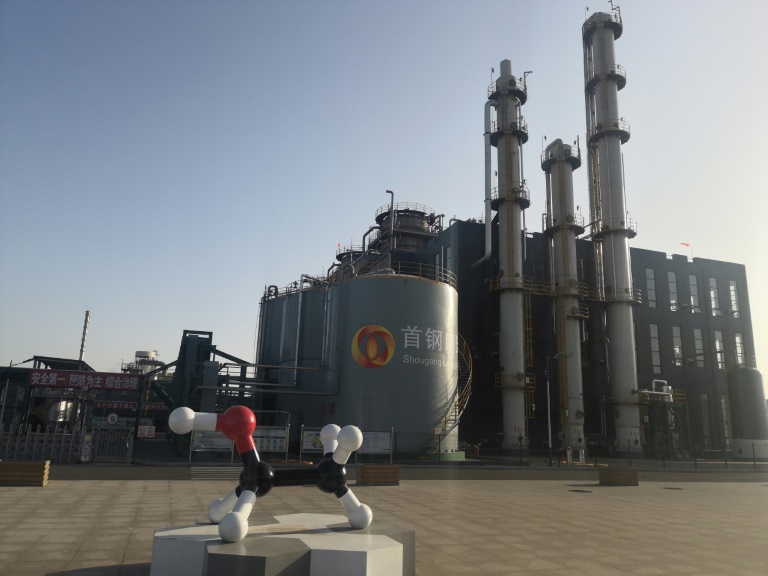 These bacteria are then sent as a freeze-dried powder to factories that undertake the construction of reactors several meters high, where they will be buried. These corporate customers will then reap the benefits of selling ethanol.

The Chinese sites are a steel plant and two ferroalloy plants. Six other sites are under construction, including one in Belgium for the ArcelorMittal plant and another in India for the Indian Oil Company.

Because bacteria can absorb CO2, carbon monoxide, or hydrogen, the process is very “flexible,” more “flexible” than “any other gas shift technology,” explains Zara Summers, vice president of science at LanzaTech.

The feedstock could be gasified “garbage”, “agricultural waste or gases emitted by any heavy industry,” she explains. 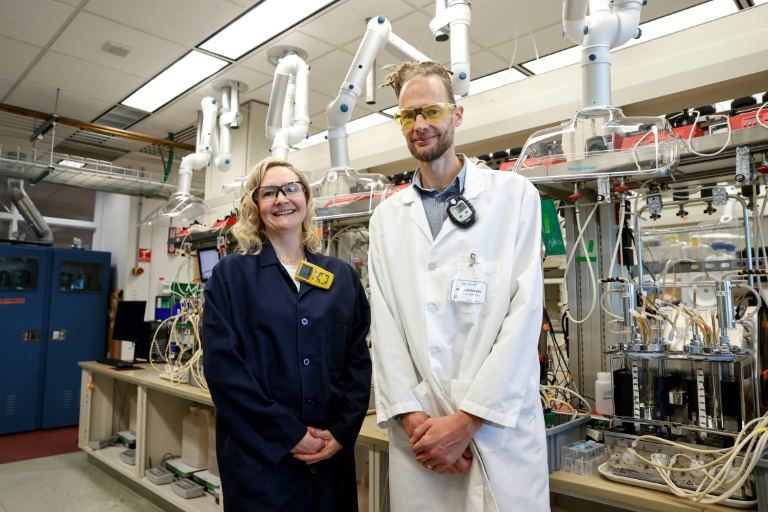 Various partnerships have already made it possible to create from these gases home goods sold on the shelves of the large supermarket chain Migros, or even two collections of dresses for Zara. Selling for around $90, made from 20% trapped gases polyester.

According to Ms. Summers, humanity “will always need carbon”, but “in the future, the idea is that it is no longer wasted. (…) Instead of throwing it into the atmosphere, let’s – in products.”

LanzaTech also established a separate company, Lanzajet, to use the produced ethanol as an aviation fuel (“sustainable aviation fuel”, SAF). Increasing global production of sustainable fuels is a huge challenge for this sector, which is committed to greening.

The company’s goal is to produce almost 3.8 billion cubic meters of fuel per year by 2030. Unlike bioethanol produced from wheat, beets or corn, bioethanol from gas does not replace crops. 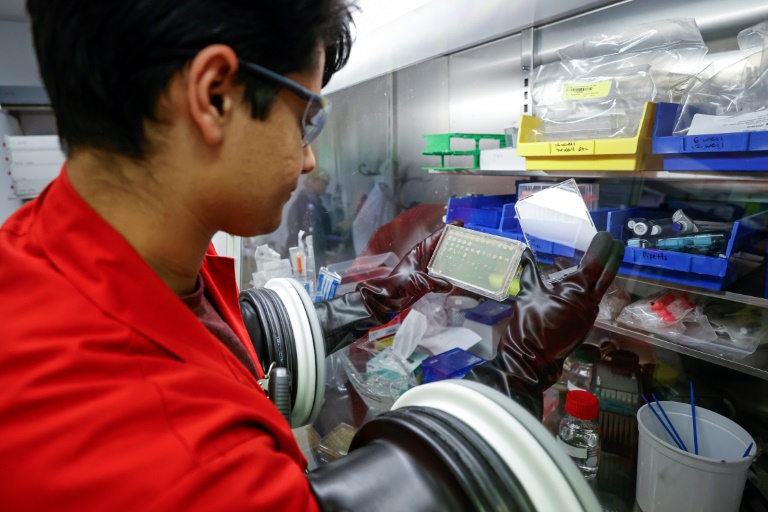 A LanzaTech employee works with bacteria that can convert gases such as CO2 into reusable chemicals in Skokie, November 28, 2022. (AFP – KAMIL KRZACZYNSKI)

For LanzaTech, the next challenge is to commercialize bacteria that produce products other than ethanol. Thus, thousands of different strains are tested in his laboratories.

“We have already shown that we can produce over 100 chemicals,” explains Michael Koepke.

He is particularly enthusiastic about the idea, still under development, of being able to convert gases directly into ethylene, “the world’s most widely used chemical product” (for bottles, packaging, etc.), whose production today produces “almost as much same” CO2 as in aviation.

LanzaTech’s ethanol currently needs to be converted to polyethylene, but this step could be skipped and save even more energy.